This Week: Preparations for the Success of The New EOS 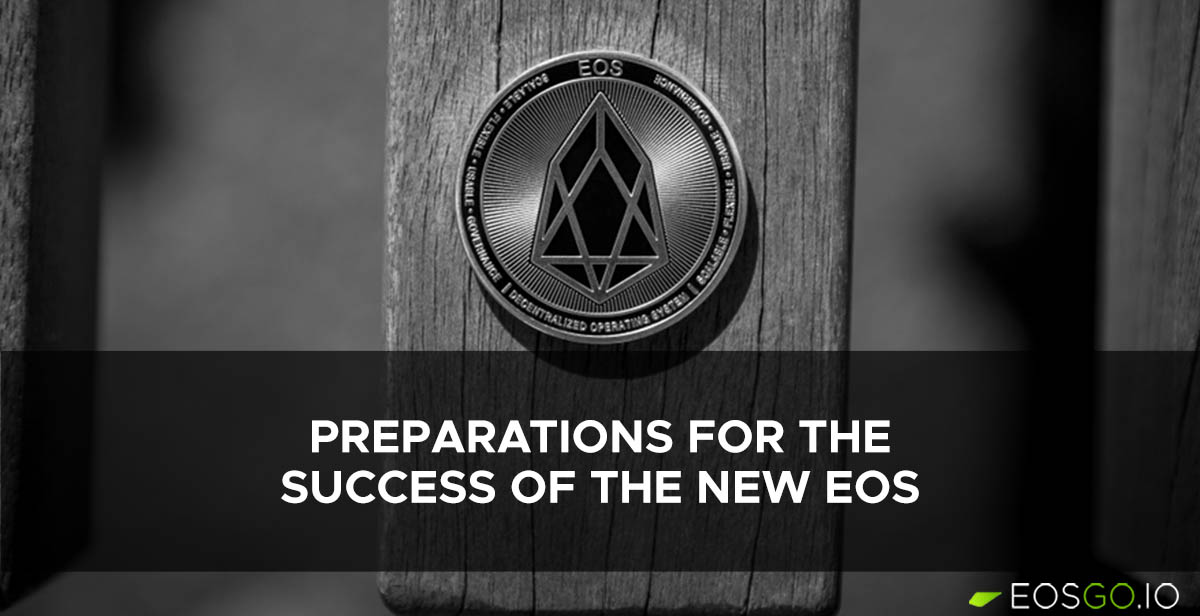 The journey toward “The New EOS” had long begun - from the establishment of the EOS Network Foundation (ENF) a year ago and the removal of Block.one soon after. Ever since then the EOS ecosystem has been headed in a positive trajectory with increased sentiment and growth of the community, including its development efforts.

EOS is now reaching the last point in re-establishing itself; a change in its underlying protocol. Once that has been completed, EOS will take on the blockchain industry as an independent network that is run 100% by its community of token holders. Making it the largest decentralized autonomous organization (DAO) on the planet.

The biggest and final leap towards EOS’ complete independence begins this September 21. In two weeks time the EOS network will perform a consensus upgrade that’ll see it separate (fork) from Block.one’s EOSIO protocol to the new community-run Antelope protocol.

Following the hard fork (consensus upgrade), EOS, as well as other member blockchains of the Antelope coalition, will begin to carve its own path towards the original vision for the blockchain when it was launched four years ago.

And that is: to become the leading, most performant and scalable, inclusive and decentralized blockchain in the world.

A Series of Investments and Strategic Partnerships to be Announced

A few days ago, Yves La Rose, the founder and CEO of the ENF, announced on Twitter that they would be making a series of investments and strategic partnerships. This is to be in alignment with what Yves deems to be “EOS Independence Day”, in reference to the hard fork on September 21. 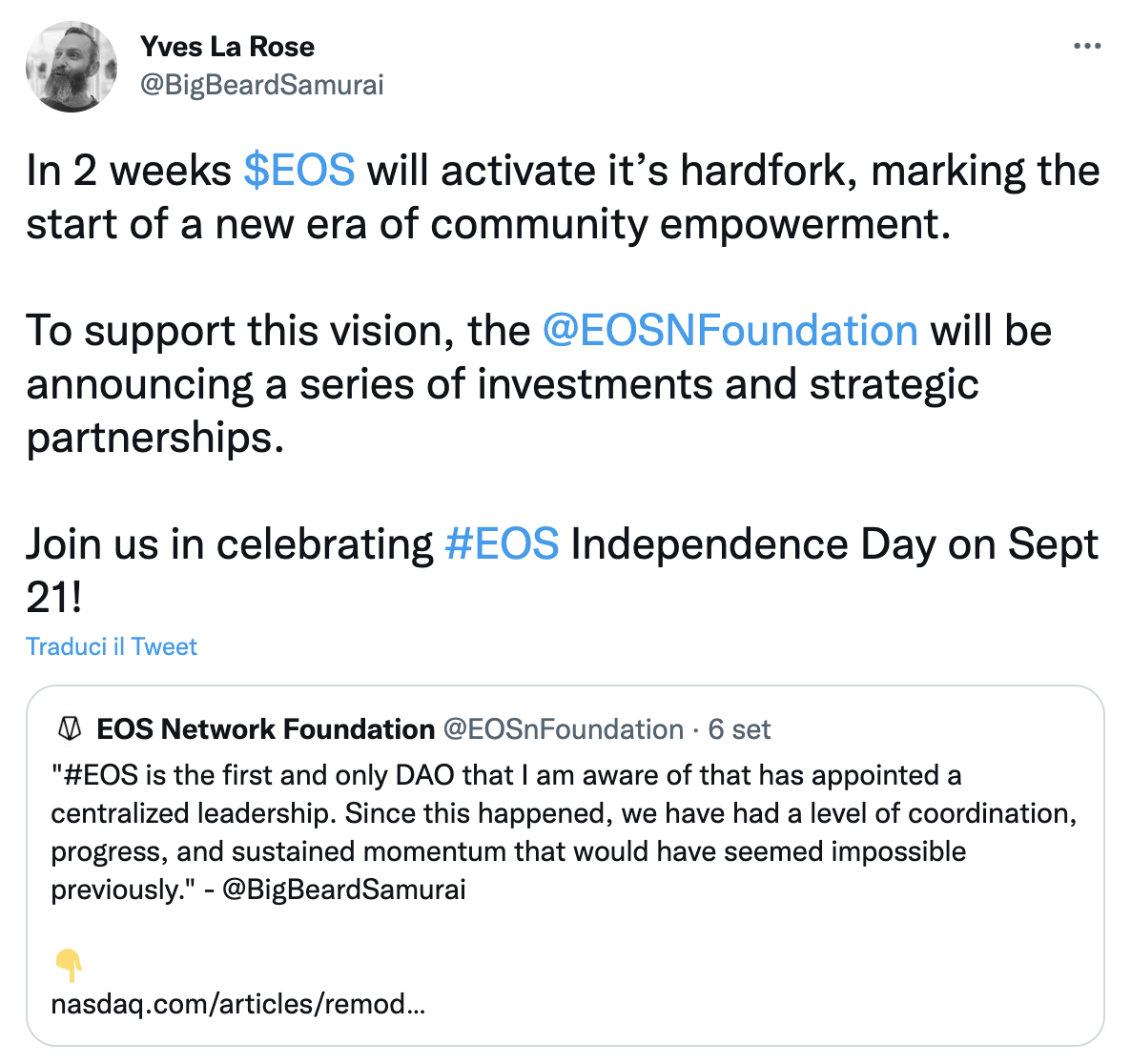 This mention of investments should evoke memory of ENF Ventures - the ENF’s venture capitalist arm that will provide investments to EOS-based applications. In the latest roadmap published by the ENF, it shows ENF Ventures as launching in Q4 (Oct - Dec) of 2022. This seems like the most viable way for the ENF to make investments that’ll directly benefit the EOS ecosystem.

As a non-profit organization, profits gained from its investments, if any, will be used to fund the operations of the ENF. Ultimately, this could offset some or all of the funding the ENF currently receives from the EOS network.

Partnership between the ENF and Object Computing

Perhaps the first of the ‘strategic partnerships’ alluded to earlier, the ENF has announced that it has gone into a multi-year, multi-million dollar partnership with Object Computing.

“Our collaboration with the EOS Network Foundation team truly is the dawn of a new era! We’re focused on scalability, security, and speed to make EOS the most performant and easy to use blockchain in the world!” - Object Computing

Already, even before the consensus upgrade to Leap 3.1 on September 21, the engineering teams of both parties are working on the foundations for Leap 3.2.

Yesterday, we published our take on the partnership, going in more detail about the impact that past collaborations between these two entities have had on the EOS ecosystem.

EOS Nation recently submitted the on-chain proposal upgrade for the resource exchange (REX) in accordance with the spec...

As promised, Voice has significantly expanded its userbase in the last few days with new invitations, as well as releas...