An Industry Leap for Blockchains Powered by Antelope! 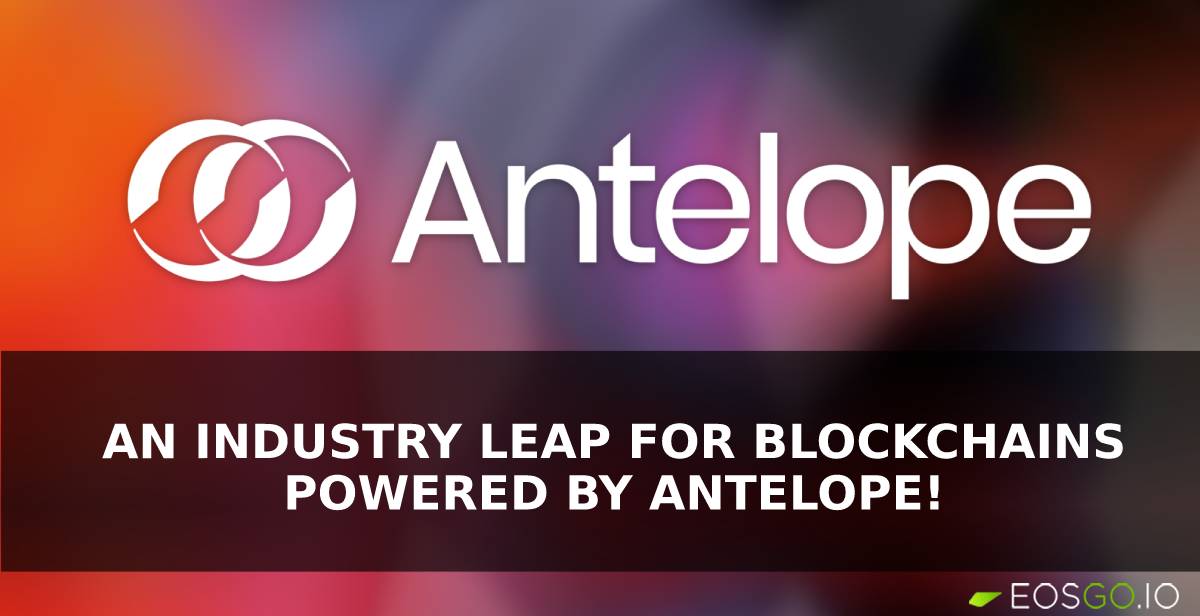 Yesterday marked a new era for blockchains based on the EOSIO protocol as it was announced it would be forked and rebranded to Antelope. This comes months after Block.one had stopped fulfilling its obligation to maintain the EOSIO codebase, and was subsequently removed from the network.

In their efforts for self-preservation, a newly formed coalition made up of the EOS Network Foundation, Telos, WAX, and UX Network had made the decision to fork EOSIO, and from it create a new protocol (Antelope) to power these high-performance chains.

“WAX is excited to be one of the founding ENF coalition members driving the future of Antelope framework. We continue pushing the boundaries of being the fastest, most secure, and user-friendly blockchain.” - WAX Blockchain

The coalition will collaborate in decision making, financial support, and the development priorities of Antelope. A move that represents the first steps in establishing a formidable blockchain ecosystem capable of sustaining itself; through community efforts and completely separate from Block.one.

“The release of AntelopeIO represents a major move towards self determination for TheNewEOS, with the community-led codebase allowing the network to control its own destiny. Antelope replaces EOSIO and is a huge leap ahead for the entire crypto industry, enabling developers to build applications that would otherwise be impossible.” - Yves La Rose (ENF)

Extending on the qualities of EOSIO, which has bred the industry’s leading high-performance chains, Antelope will take things a step further. In the coming months, the coalition behind Antelope looks to introduce Faster Finality and Inter-blockchain Communication (IBC) between Antelope-powered blockchains. As well as, Secure Smart Contract Libraries, SDKs, P2P Code Improvements, and other innovations.

These four coalition members, namely the ENF, Telos, WAX and UX Network, have pledged $8 million in annual funding to advance their blockchains’ underlying protocol, which is now Antelope. With $2 million spent in each quarter to support Antelope development for wallet improvements, sub-second transaction finality, etc.

Based on the fast-paced progress achieved by the ENF and its coalition members over the last couple of months, it will be interesting to see the impact their innovation efforts will have across the blockchain industry.