This Week: Building and Networking, as The New EOS Launches 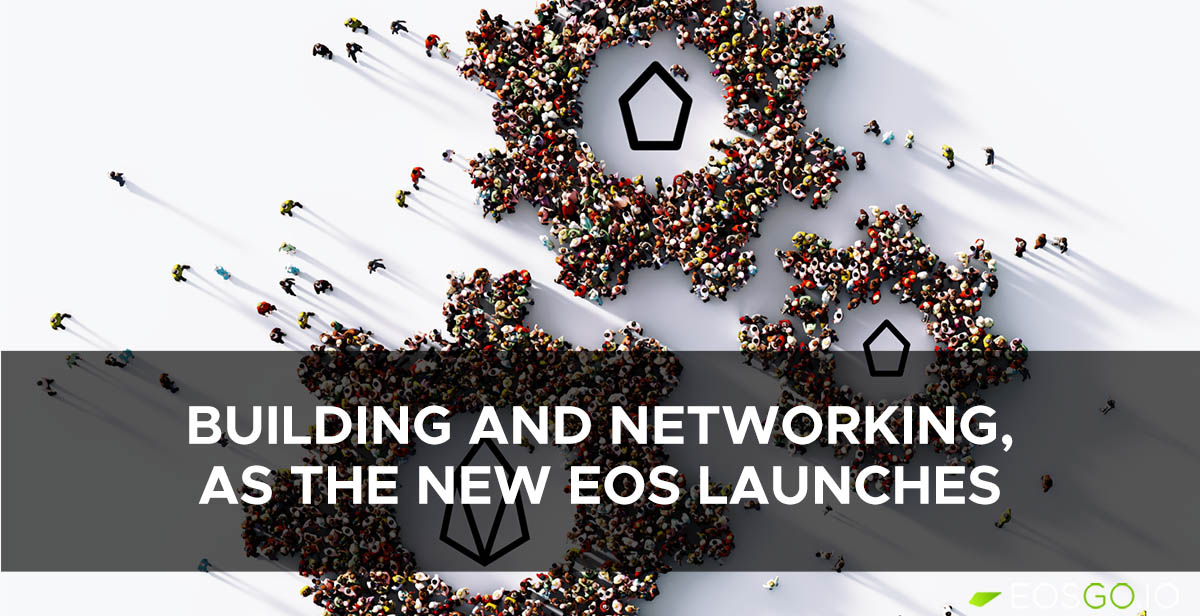 It’s been almost a year since sentiment in the industry hit low levels as investors experienced a bear market. However, when it comes to blockchain development, nothing has changed. For a blockchain project like EOS, developments within its ecosystem have been more bullish than ever.

Work being carried out at the present time will be analyzed and rated by blockchain users, investors, and developers when they return with the market’s inevitable turn. Looking at this past week, recent developments and status progress of ongoing projects gives the impression that EOS is setting up to be among the strongest competitors in blockchain.

At the start of the week the TrustEVMxIdeathon event launched; opening the doors for anyone with coding skills and great ideas to pitch them for implementation on TrustEVM. The event is a result of the collaboration between Helios and the EOS Network Foundation to encourage the deployment of dApps on the soon-to-launch EVM based on EOS.

Having kicked off on Monday 19, the TrustEVMxIdeathon consists of two tracks; (i) the EVM hackathon and, (2) the Ideathon.

The EVM hackathon is aimed at Ethereum developers who wish to build their products or applications on the fastest, most scalable Ethereum Virtual Machine. Its focus is on those who are building GameFi dApps (play-to-earn blockchain games) - a category that’s quickly becoming a leader in user acquisition and retention. The prize pool for the hackathon is $50,000, with winners announced on November 11.

The Ideathon, dubbed a “brainstorming juice tank”, is open for anyone to participate regardless of their coding skills. Great ideas in the categories of GameFi, DeFi, Gov3, Web3, and Social Good are needed. The prize pool for the Ideathon is $75,000, with winners to be announced on November 14.

After months of anticipation and community efforts, EOS’ consensus upgrade from EOSIO to Leap 3.1 was completed on September 21st. This sees EOS now fully operate on the community-run blockchain protocol, Antelope. 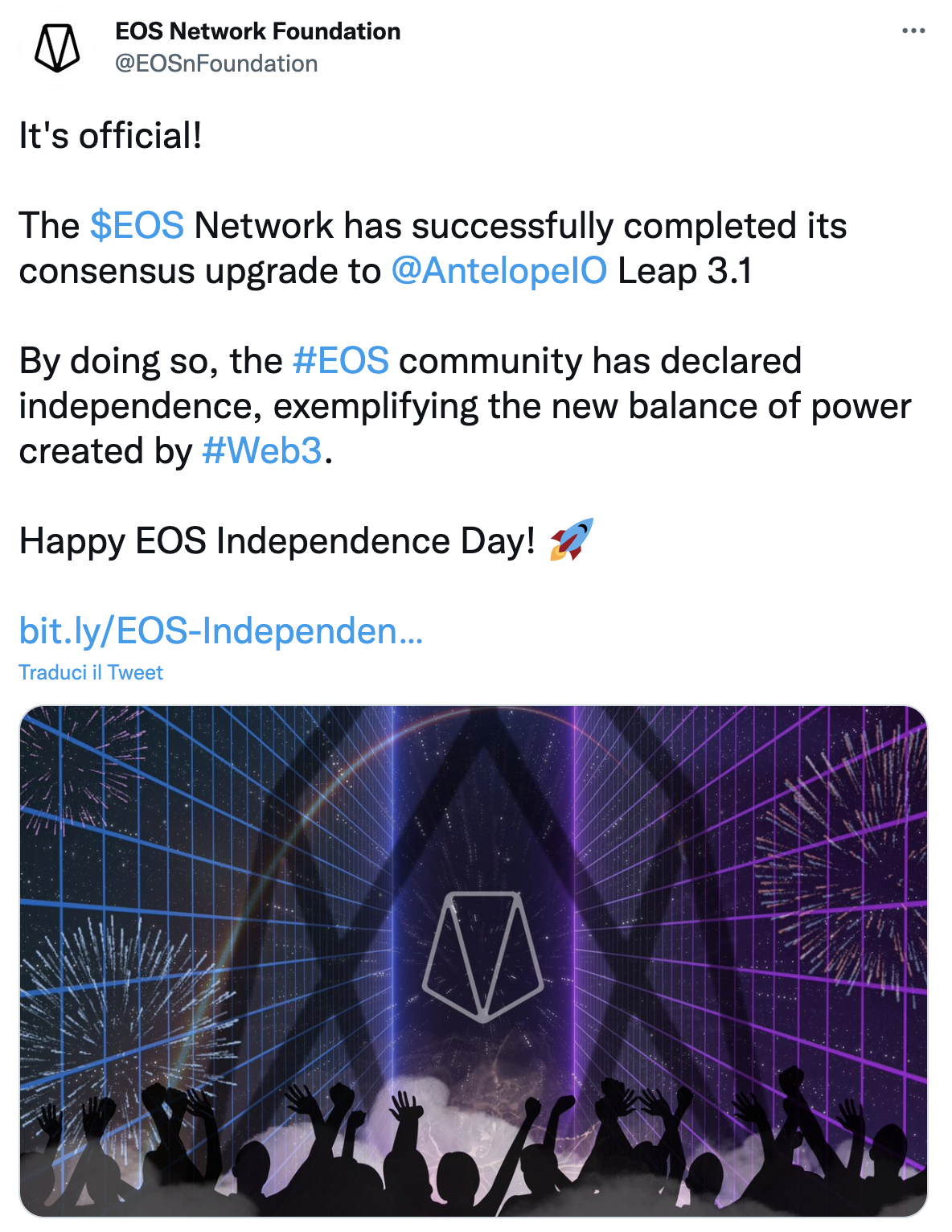 The day marked a shift from EOS dependence on Block.one and reliance on its underlying EOSIO blockchain protocol. The EOS community now has control over the network on all aspects and can finally work towards its destiny as a top network for finance, gaming, business, recreation, and all other kinds of transactions on the blockchain.

EOS on the Road

Representatives of the EOS community, including Zaisan and the EOS Network Foundation, kicked off their ‘EOS World Tour’ this week. On the 21st - 22nd, Zaisan were present at the W3 Vision/DMEXCO events in Cologne, Germany.

This coming week (28-29 Sept) Zaisan, TrustEVM, and ENF teams will be representing the EOS network at TOKEN2049, one of the biggest blockchain and crypto events of the year. The event will have industry leaders such as Yves La Rose, Mike Novogratz, Ben Goertzel, Kris Marszalek, Arthur Hayes, and Justin Sun, among many others, as speakers. TrustEVM and the ENF will also be attending as the title sponsors for TOKEN2049

With many other events lined up in their schedules for 2022, Zaisan and the ENF will be networking, marketing, and discussing EOS with global entrepreneurs, investors, developers, industry enthusiasts, as well as global media. A great way to elevate the EOS brand and place it in a favorable position for adoption as the months unfold.

Soon, the decentralized social media Voice will start using a new human verification system based on FaceTec's facial b...

During this tough period when we are all forced to stay locked in quarantine, video calls have become increasingly nece...