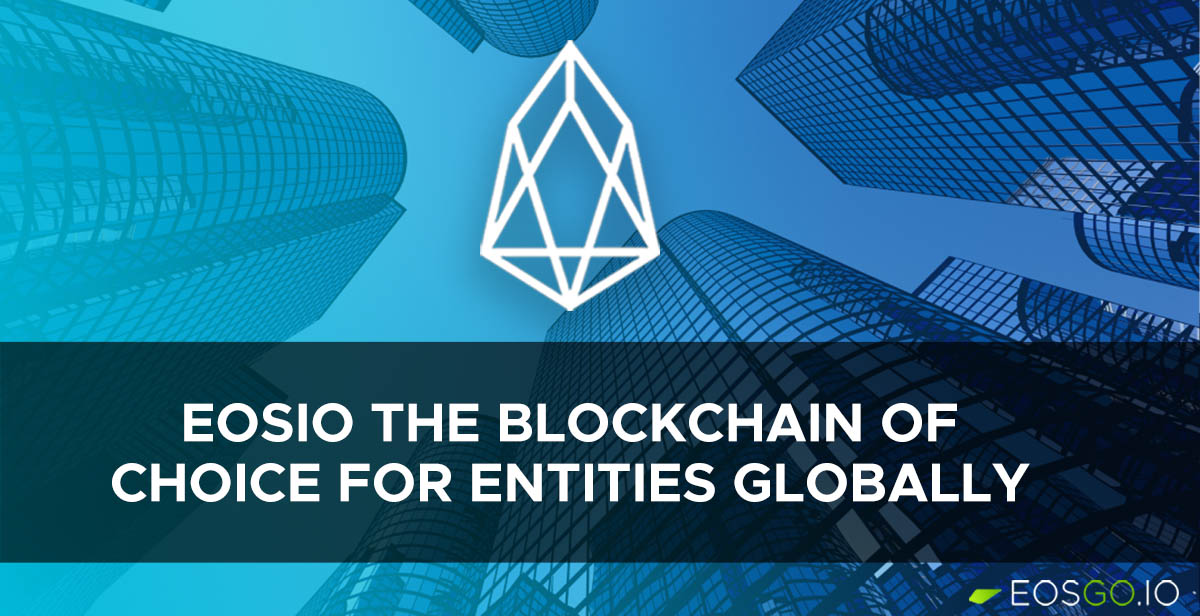 When it comes to the knowledge and understanding of blockchain technology and how it works, it should come as no surprise that China is well versed in the topic. Since the early days of blockchain technologies such as Bitcoin, Ethereum, and EOS, the Chinese have always held a majority stake and influence in these networks.

It is no wonder then that China’s Center for Information and Industry Development (CCID) publishes a report called ‘Global Public Blockchain Technology Assessment Index’ once a year, and it isn’t by chance that EOS has ranked first place in this Index every single year since EOS’ launch back in 2018. 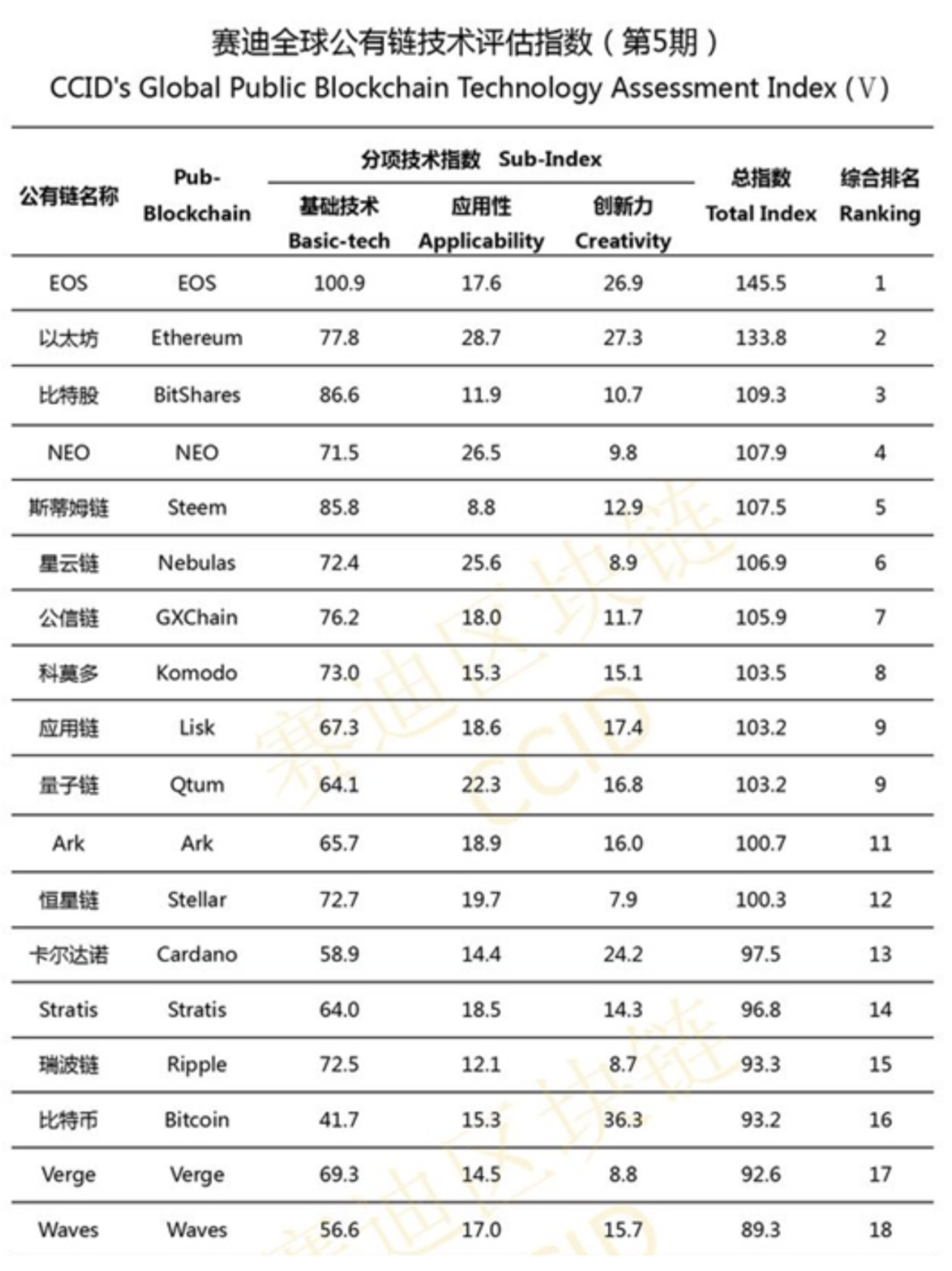 Although China might have declared all cryptocurrency transactions illegal, reality proves that the country is fascinated by the technology, the Chinese not only understand it but engage with it arguably more than any other country in the world. In August 2020 they launched the Blockchain-based Service Network (BSN), a global portal of blockchains. The launch integrated six public blockchains to the BSN for developers and users to choose from worldwide. Among the six chains that launched the BSN, EOS was one of them and it provided the most support for BSN stakeholders through three offerings: EOS mainnet, testnet, and a custom Dfuse EOS chain.

Two years later, through the BSN, the largest telecommunications operator in China has just announced the launch of the alliance chain which “is based on the EOS technology framework”, most likely EOSIO. 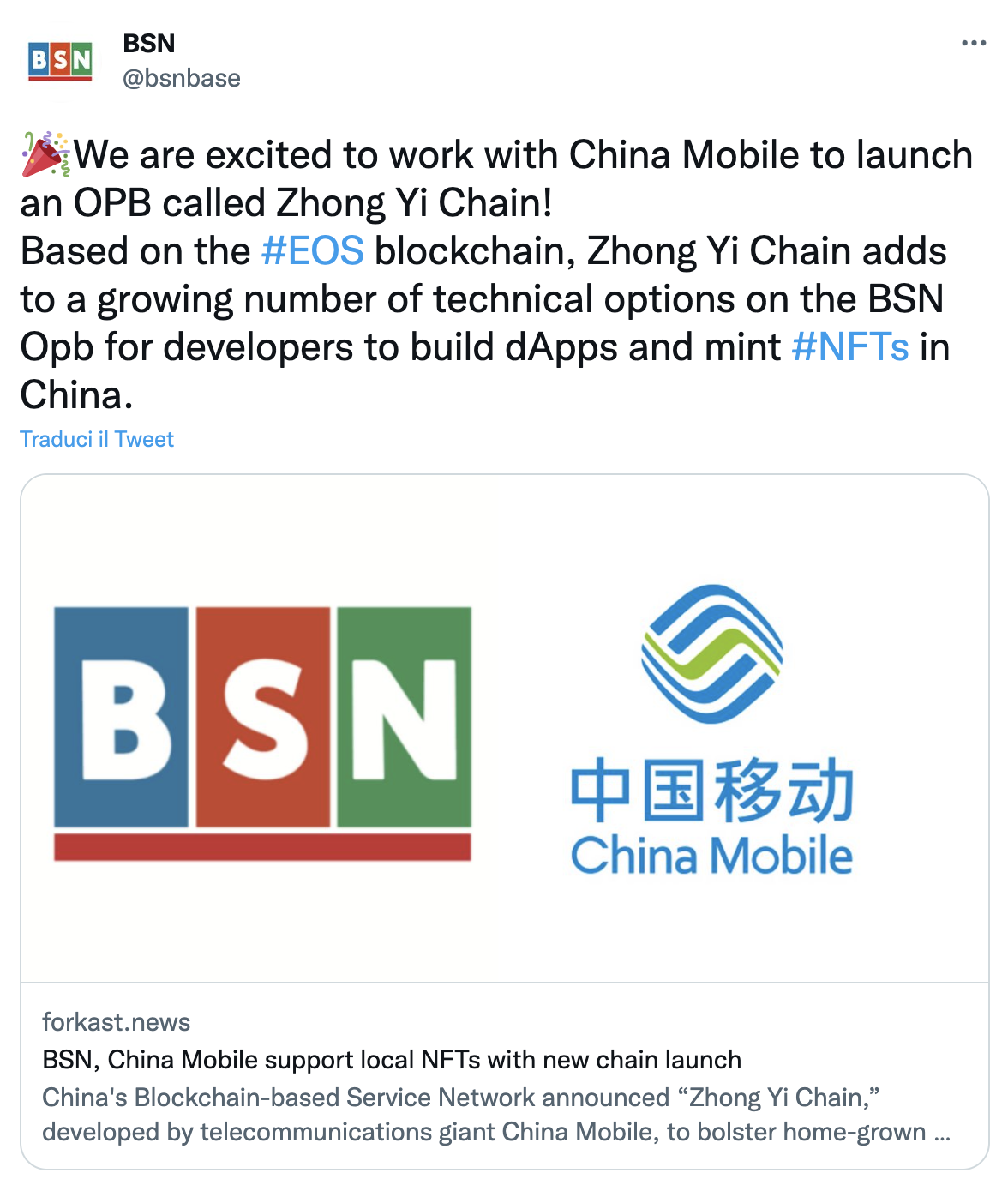 The “China Mobile Chain” is an open alliance chain with the BSN and is developed by China’s largest telecom operator (China Mobile) which has over 900 million customers. The EOSIO based chain is said to have further enriched BSN’s technical system and is an enterprise in its ecosystem, providing more diversified technical choices and generalized blockchain services for developer users.

This highlights EOS(IO)’s characteristic as a global turnkey solution for businesses and enterprises of all sizes. Once again proving that EOS(IO) tech is highly recognized and favored, by not only the Chinese but other entities around the world as well for its industry-leading performance.

Such previous examples include:

· Grant Thornton, one of the US’ largest accounting firms, utilizing EOSIO for intercompany transactions.

· Liberland initiated Decentralized Autonomous Governance (DAG) using EOSIO, essentially becoming the first country to have its government be on a blockchain.

The strong adoption of EOSIO, although not directly, is of great benefit to the EOS network and even the other EOSIO-based blockchains. As more big entities choose to build blockchain products and services with EOSIO it gives the technology credibility in the market. A further look into it and the market will soon realize that there are already public blockchains that run on EOSIO with more features and enhancements. Considering that these public blockchains already have a network effect, it makes it easier for developers and public-facing companies to build their public goods on networks like EOS.

With the upcoming EOSIO hardfork to Mandel, many improvements will be made on the user and developer experiences, making it easily accessible to more people. For instance, one of the proposed improvements of Mandel is to enable smart contracts to pay for minuscule resource costs on behalf of their users. The fact that EOSIO is the blockchain protocol of choice for people with extensive knowledge of this tech translates well for EOS considering that EOSIO is its backbone.

Looking at the trend of adoption for EOSIO, it’s only a matter of time before that translates to EOS in a massive way. We’ll have to wait and see when that will happen, but the signs are very promising that we’re on the right track there.