This Week: An Outlay of Incoming EOS Ecosystem Projects 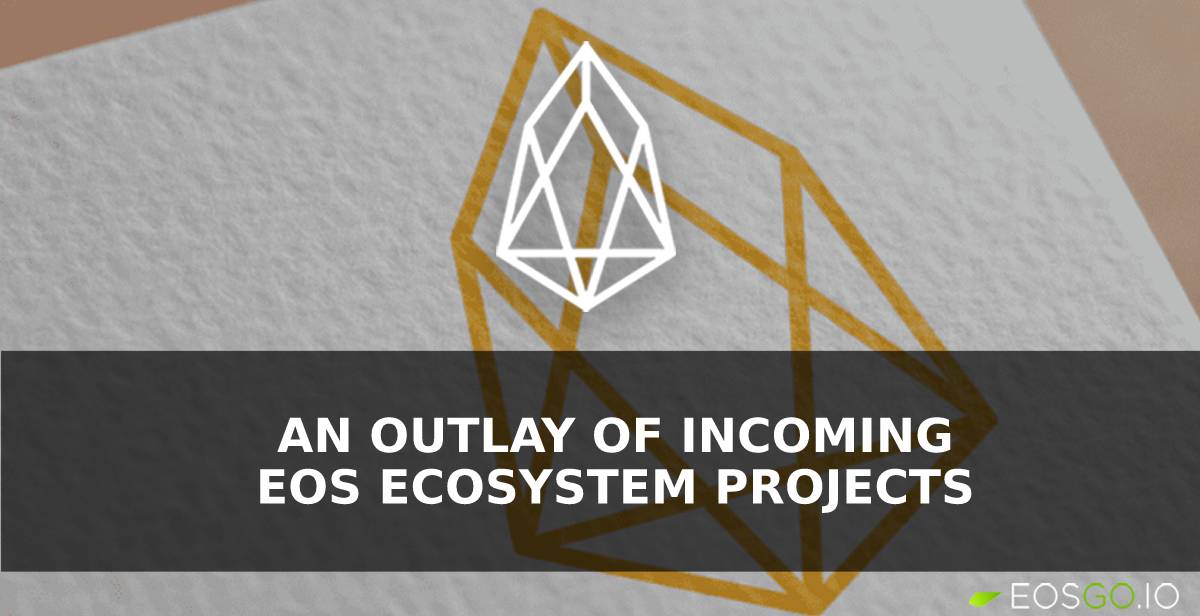 Developments over the past few months have led to this present time where the details of everything that’s expected to launch this year have been shared. At this point of EOS’ journey, it marks an all-time high peak of development activity, technically or otherwise. Efforts of the last few months will soon finally have the products for their impact to be measured on. It is this same excitement, or anxiety for some, that’ll have the market glued to EOS to watch how the rest of its year unfolds.

The successes or failures of these upcoming initiatives will either make or break EOS’ year of bullish developments. Either way, the market will be paying attention throughout this vital period.

In his newsletter, which he publishes for subscribers, Ashton Addison, of the Crypto Coin Show, discusses his research on the Layer 1 blockchains he believes have potential for growth and long term gains for investors. Comparing them to the dotcom successes of the early 2000s such as Apple, Windows, and Google.

In the recent newsletter post titled “Which Layer 1’s outperform this next bull run?”, Ashton features his previous interview with Yves La Rose (CEO of EOS Network Foundation) in which they discuss project funding, GameFi, EVM compatibility, inter-blockchain communication, and the potential explosive growth of EOS.

This feature would have surely introduced EOS to a new audience and given Ashton’s subscribers valuable insight into the impressive developments EOS has been experiencing since the EOS Network Foundation was established a year ago. It also reiterates the point that EOS is now gaining back the trust of the market as its story reaches out to even more people now.

A few days ago, Trust EVM announced the launch date of the Trust EVM GameFi Hackathon 2022, which is set to be on Monday, August 15. An initiative that it says is a “a great opportunity for GameFi projects to join” and build a better GameFi future.

The event will span over a month, beginning on August 15 and ending on September 23. The aim of the hackathon is to attract developers to build GameFi projects on the soon-to-launch Trust EVM blockchain.

Top projects selected from the hackathon will share a prize pool of $150,000. In addition, every participating project will get the full support from the Trust EVM technical team, and also get exposure and promotion to global investors.

For further details about the hackathon event check out - https://dorahacks.io/hackathon/36/detail

The consensus upgrade from EOSIO to Mandel is only a month away and developers have been busy testing it and making necessary updates to ensure it is ready for mainnet launch on September 28. And earlier this week the ENF published a blog post with the new release features for Mandel.

These new features include:

Once the community-led Mandel upgrade goes live on the EOS mainnet it will mark EOS’ independence from Block.one’s contributions to the EOSIO codebase. Mandel evolution will be prioritized and shaped by the development needs of the EOSIO Coalition chains.

On August 8, 2022, three Yield+ smart contracts went through a code audit by blockchain audits company, Sentnl, to find any potential bugs or issues. The results came back clean and declared that the contracts are fit to be launched.

These contracts will be the underlying smart contract that govern the operations of the upcoming Yield+ Incentive Program. Having the contracts pass code audit was the last phase requirement before they could be deployed. In other words, for the program to launch.

Surely enough, the EOS Network Foundation has announced that the DeFi program will launch this month, with registrations opening on August 14 and rewards starting on August 28. As the ENF put it; “the launch of the Yield+ Incentive program marks a major milestone that increases opportunities for dApp developers to be rewarded, and EOS users to earn yield on the EOS mainnet.”. The countdown has begun!

Violet Garden is a new social media network implemented by a community member, which follows the mechanics that gave bi...