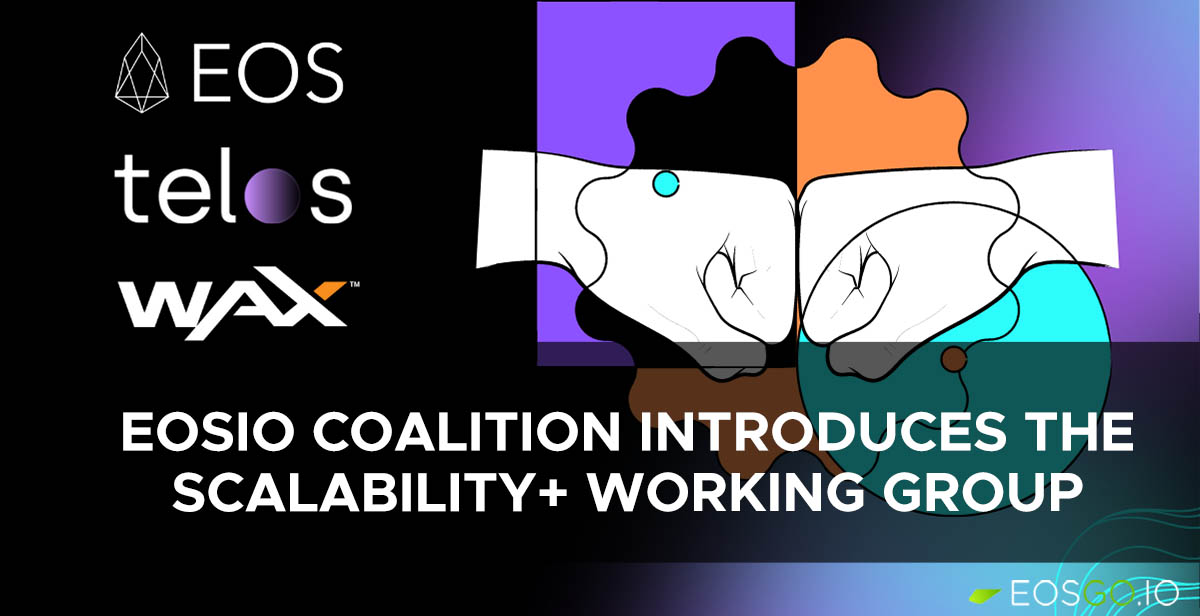 In the EOSIO+ Coalition report published yesterday (April 29) by the EOS Network Foundation (ENF) following the coalition’s second weekly meeting, it was announced that they’d be a new Working Group called Scalability+. The addition of Scalability+ brings the number of Working Groups, which are set up to improve the EOS and EOSIO ecosystems, to nine in total.

The report also outlines that the first $2 million, of the $8 million annual pledge by the EOSIO+ coalition, has been deposited into the EOS multisig treasury account which the ENF will serve as the interim administrative and accounting entity of. Governance of this EOS multisig treasury (account) is distributed among the current members of the coalition in the following vote weight:

Stemming from the necessity to have an entity solely focused on the development aspects of EOSIO; its priorities, objectives, improvements etc, the Scalability+ Working Group has been formed. At the moment, Scalability+ is working on producing drafts for the following development priorities:

These EOSIO development priorities will then be ranked in order of importance or urgency for implementation. The EOSIO+ Working Group will then take it upon itself to decide which of the improvements they’d like to integrate to the EOSIO protocol, depending on the needs of each blockchain member.

The Voice team continues to update us on their latest developments regarding the Community Reporting Tools, which could...