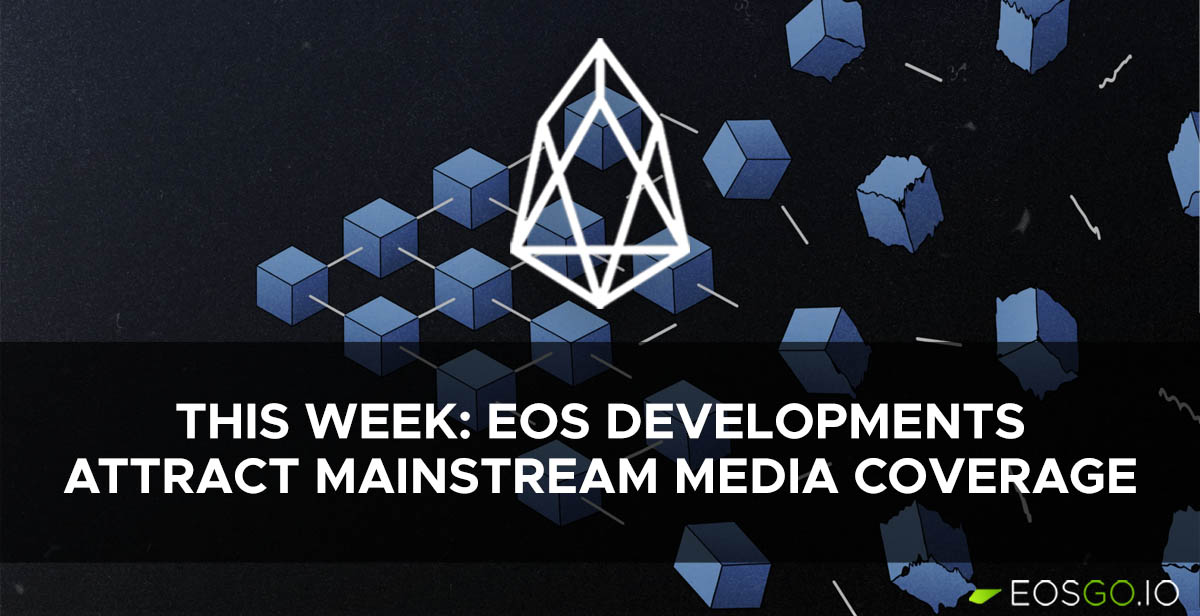 It’s been a busy week in the media for EOS, despite the fact that the vast majority of the crypto space was busy focused on the demise of Luna/UST and its community. These past seven days saw EOS featured in a positive light in multiple mainstream publications including online editions of Forbes and Wired magazines.

“Block.one created the EOS blockchain and raised $4 billion in a record-breaking ICO. Now, its members have taken over.” - Wired

Positive news is something hard to come by during a down market, so it was surprising to see Wired magazine publish an intense article exposing the events surrounding the billion-dollar company, Block.one’s, interactions with the EOS community these past years. Apart from stating how the EOS community took control over the network, the Wired article also does a great job in describing the working environment at Block.one and also the antics of its CEO Brendan Blumer.

“Its own EVM iteration is, in typical EOS-ian terms, being billed as the slickest EVM yet, with performance that will put Ethereum imitators in the shade.”* - Forbes

In an article discussing the growing ecosystem of Ethereum Virtual Machines (EVMs), Forbes highlighted the importance of EVM in creating compatibility between other blockchains with the world’s largest smart contract network (Ethereum). Recognizing that a blockchain like EOS offers developers on Ethereum greater transaction and/or operating speeds, as well as providing for lower fees. Forbes went on to comment that it is credit to the EOS Network Foundation’s “hostile takeover” that EOS is back to being covered in the news.

On Thursday, May 12, the EOSIO+ Working Group, a coalition between the EOS Network Foundation, Telos, WAX, and UX network, published a report on its ongoing activities. In it the report discusses the priorities/objectives being set by the newly founded Scalability+ Working Group, which include:

● Also in its set of objectives is a Request For Proposal (RFP) process for the coalition members.

The report also updates on the upcoming EOSIO protocol hard fork (Mandel) and its rebranding. The EOSIO codebase will soon be migrated to the open-source, community-owned, Mandel Github repo. Mandel 3.1 is currently in trials on the Jungle testnet, with its mainnet release candidate soon to be finalized. More detailed information about EOSIO/Mandel, the rebranding, Coalition meetings, and more can be assessed within the report.

As of writing EOS is currently trading at $1.33 (down from $1.97 last week) with $335 million in daily trading volume and a market cap of $1,319,609,943. After a see-sawing week that saw EOS reach 42nd in rankings, it has since retracted to 46th position. One spot down from 45th position last week; based on CoinMarketCap data.

● EOS Was The World’s Most Hyped Blockchain.Its Fans Want It Back

● Will Ethereum’s Virtual Machine Eat Itself?

Following the report of Outlier Ventures that suggested some problems with the activity on EOS, the DappRadar team want...

During 2020, Google Cloud announced its entry into the EOS Community as a Block Producer. Recently the Google team publ...