This Week: EOS Re-Enters the Top 40 As It Crosses the One Dollar Mark 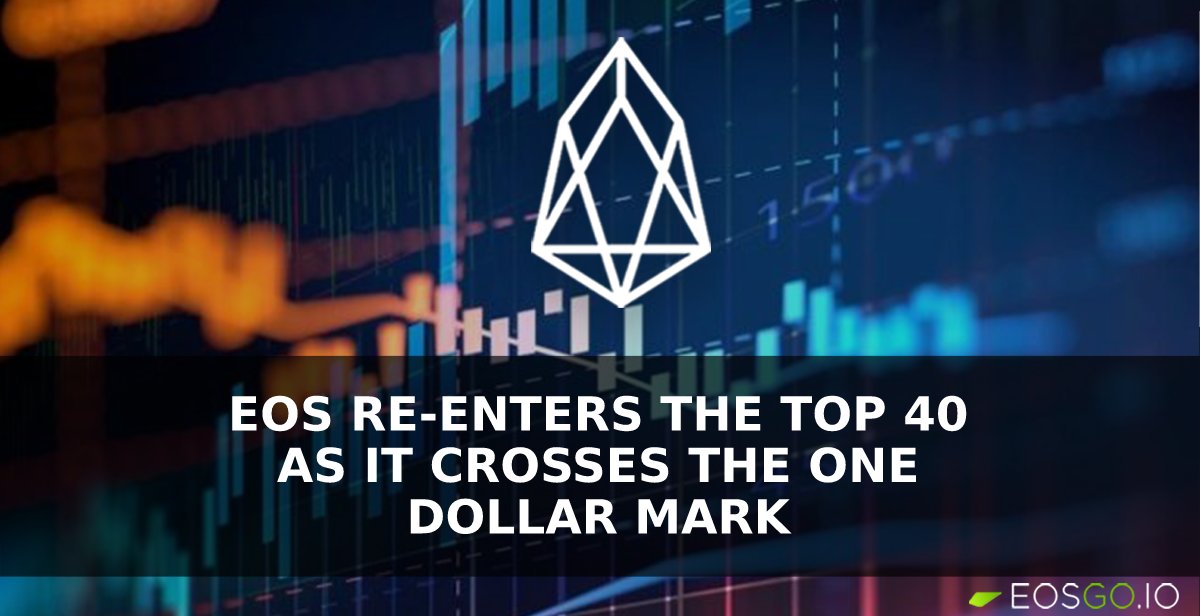 For eight weeks running EOS has put up its most bullish developments of the year, which suggests that its ecosystem is growing stronger and more bullish with each new initiative. During this year-long bear market EOS has been outperforming most blockchain projects in terms of development. It has also been quietly gaining market share after falling out of the Top 50 rankings on CoinMarketCap earlier in the year.

This week has seen EOS cross over the one-dollar mark as a result of bullish sentiment following the EOS Network Foundation’s (ENF) launch of a $100 million EOS VC last month. This and many other bullish developments in the EOS ecosystem have created the momentum that has propelled EOS into regaining its spot in the Top 40 rankings on CoinMarketCap.

Still, raising the question of whether or not it is being undervalued by the market as it looks to make its way back to a Top 5 crypto asset in the industry. 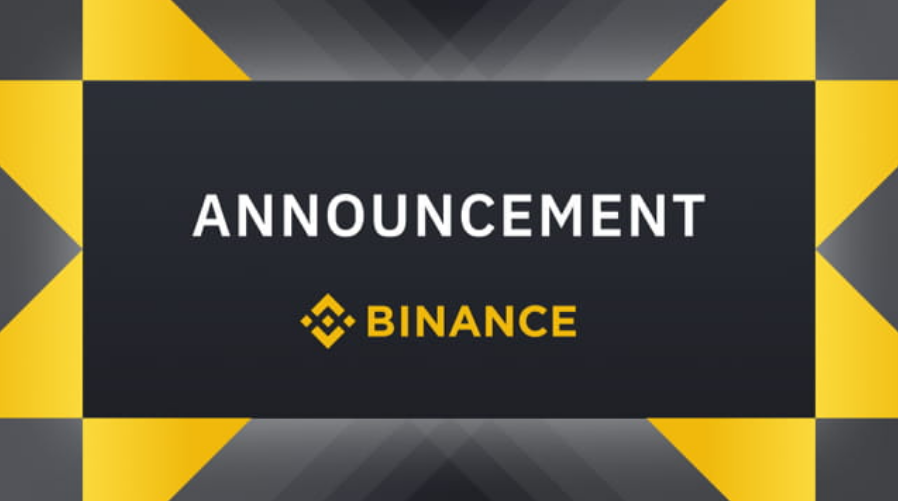 In a much welcomed announcement, Binance announced that it completed the integration of USDT, allowing users to withdraw and deposit their USDT assets onto the EOS network. This provides both EOS and Binance users with a cheaper and faster way to do transactions on the blockchain. A move that comes as a result of the ENF’s lobbying efforts to boost economic activity on the EOS network.

The following are statements made by ENF founder and CEO, Yves La Rose, following Binance’s announcement.

“Now that EOS has Tether support, we expect it to compete with Solana and Tron to be the primary rails for bringing Tether on-chain. The competitive advantage EOS offers is that it's as reliable and secure as Ethereum, but as performant and cheap as Solana or Tron.”

Continuing on the path of building a strong DeFi ecosystem on EOS by incentivizing increased economic activity on its network, the ENF has published the latest monthly report on the Yield+ initiative. The report covers performance metrics of Yield+, as well as comparisons with the wider market.

Having launched just three months ago the Yield+ initiative is still in its early phase where the main goal is to drive adoption through the Total Value Locked (TVL) to Market Cap ratio. This is because in these early stages EOS maintains a significant market cap yet still lacks significant on-chain economic activity (or TVL).

The Yield+ initiative is showing signs of progress and growth as the TVL on its platform keeps steadily rising despite the EOS price which has relatively been stagnant during the bear market. But also a sign of great potential for the economic growth of the EOS ecosystem, especially when compared to the other leading blockchains.

Round 2 winners of the Trust EVM Hackathon have been announced, along with a recap of the events that unfolded during the two-months long Round 2. Seven projects claimed victory in the round which focused on the GameFi category. 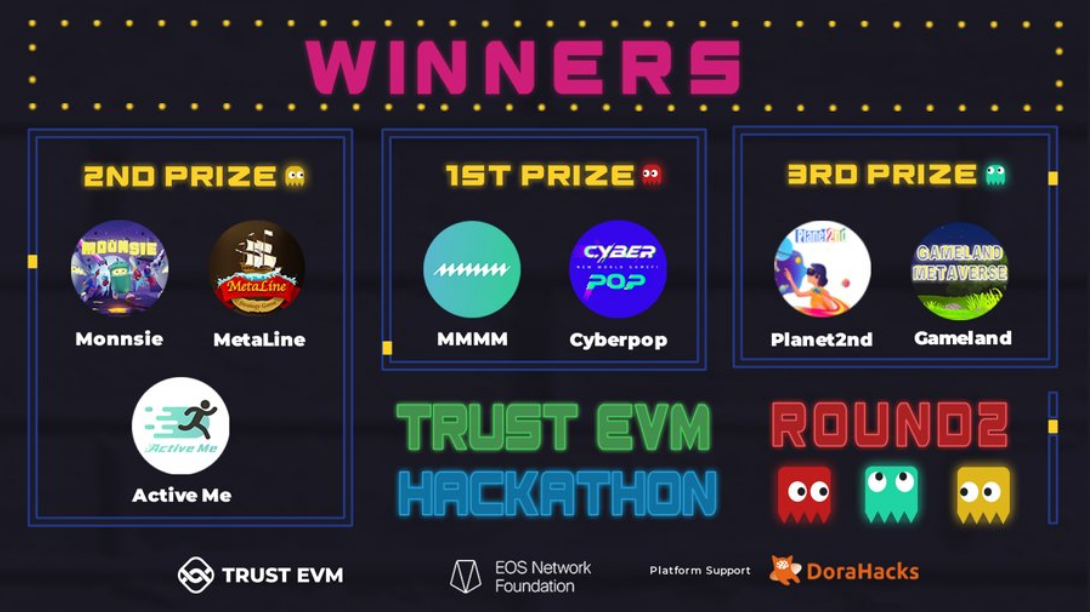 ● MMMM - a web3-based Karaoke Singing App that allows you to record Karaoke to make fans and friends through music. It enables you to showcase your singing talent and socialize in the most exciting way.

● Moonsie - a Play-and-Earn battle royale game built on a decentralized network. The game features an in-game currency (MOONGEMS), governance opportunities, and a market of utility-rich NFT items, which all together create a beautiful online social game.

● Metaline - an ocean-going trade game that allows users to profit from their business, such as international trade, shipping, navigation, logistics, and product processing. Users can build fleets to transport products to different ports enjoying the fun of navigation and trade. Metaline also won Round 2’s Community Vote Award.

● Active Me - an app that creates a lifestyle app for its users. It’s based on the dynamic motion capture technology of camera images and allows users to exercise anytime, anywhere, and without additional hardware equipment. Minimize the costs and barriers that allow people to embrace healthy living, giving more and more people a better life.

● Planet2nd - ‘A New Roblox For Grown-ups’. A game design, publishing, and distribution platform based on AI and blockchain. Turn metaverse into services on the Trust EVM network. Become the Roblox Killer.

● Gameland - a metaverse game where players can chill with each other, talk, play missions, and earn game tokens and NFT. 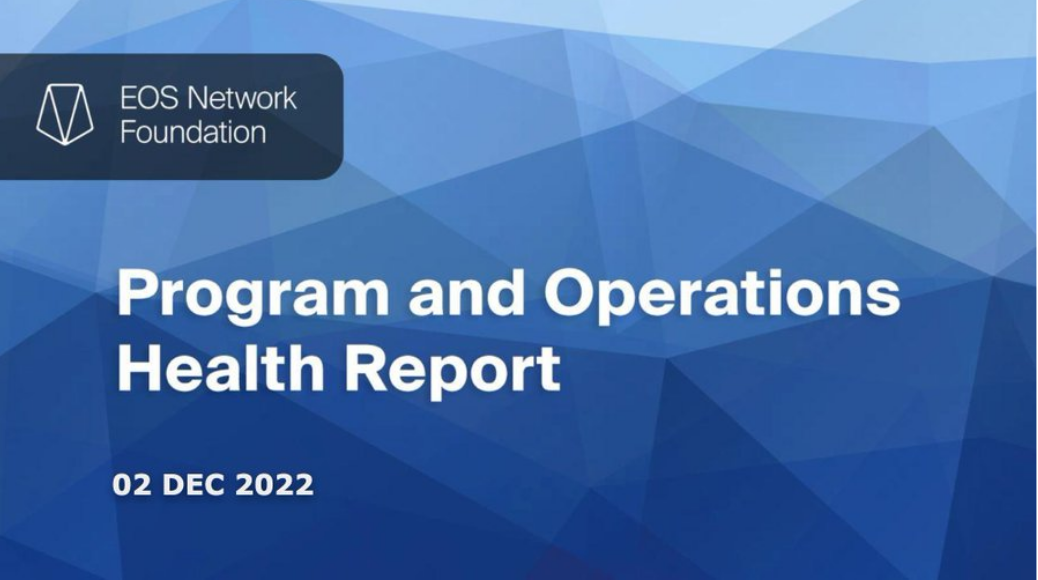 The latest monthly edition of the Program and Operations Health Report has just been released. It details the current statuses of all ongoing initiatives by the ENF and the Antelope Coalition, providing some transparency and insight into both their operations.

Some of the latest updates from the report include the completion of Market+ Report One following the ENF’s review of the final report, and the completion of Trust EVM’s EOSIO.token compatibility which allows for the creation/integration of many Antelope tokens.

The report also provides in depth analysis and updates on each of the ENF and Antelope Coalitions ongoing projects. For instance, the highlights and accomplishments, key milestones, upcoming or in-progress activities, and issues, risks, and escalations of each ongoing project.

Find out more in the detailed report - ENF Program Updates

In the last couple of weeks a promising trend has been forming. In the process of rebuilding a much improved ecosystem,...