Is EOS being Undervalued by the Cryptocurrency Market? 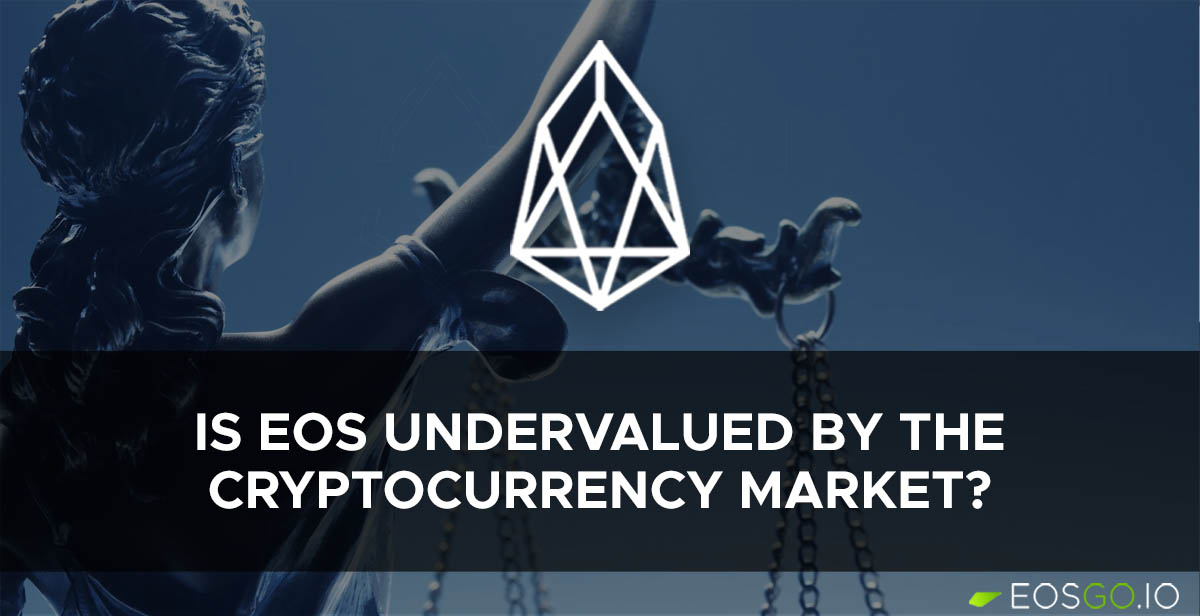 Taking a look at things objectively, it’s clear to see that the cryptocurrency market is filled with greatly undervalued and overvalued tokens. A token’s price on the market is heavily driven by people's subjective views on the underlying project, and that sometimes creates a mismatch between value and price.

As for EOS, it is one of the most polarized cryptocurrencies in the market today; people who know about it are either very bullish on it or they consider it a dead project. The middle ground is mostly occupied by people who don’t know (or know much) about it.

For those who are bullish about EOS’ outlook - the project has made tremendous efforts to turn its ecosystem around with many initiatives supporting economic, development, and user growth in the coming months.

Those who are bearish on the project are still skeptical of it and consider these efforts as futile because of how long it has taken to start implementing them. They see the mountain EOS would have to climb in order to change negative market perception as insurmountable.

Subjectively, the bearish argument makes sense as EOS has a long dubious history that has disappointed many longtime crypto investors. Which is a loss they can’t forget. And despite the opposing subjective reasoning - that current efforts already outweigh efforts from EOS’ entire history, market sentiment still considers the comeback to peak price as insurmountable.

Meanwhile, the objective perspective still makes a bullish argument with how the EOS ecosystem is developing. EOS has never been anywhere close as active as it is now with its developments, funding, and engagement with the wider blockchain ecosystem. If it managed to reach the previous price peak with nothing much either than the big promises, how far could it rise with actual measurable progress and network activity?

At least two things are certain about EOS in its current position in the market: (1) It has had a big enough support base of people who greatly believe in the project that it has outlasted actual “dead projects” that are no longer active. (2) In order to revisit all-time highs, it still needs to put the effort into changing negative market perspectives.

Whether EOS achieves its goals is something that only time will tell. Should ongoing efforts continue to evoke a bullish outlook then time is the only obstacle the EOS network will have to beat. If EOS takes too long to go after market share by gaining the support of its participants, then current efforts could well be in vain as momentum will eventually subside.

The LiquidApps team released an article on Medium discussing how through the DAPP Network, all blockchains can become m...

This weekend Brendan Blumer came back on Twitter to share his opinion about the latest community concerns, such as vote...