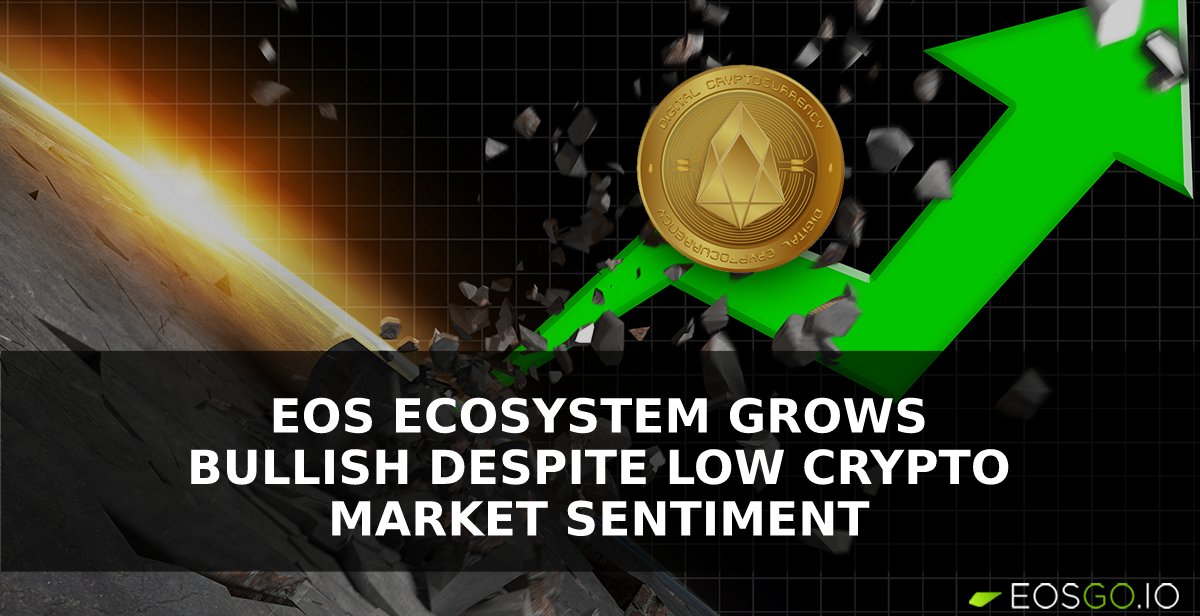 Our industry is going through one of the most difficult stages in its entire history. In the last seven days alone the top 10 cryptocurrencies by market cap have all dropped in price by at least 20 percent. EOS is currently down 23.5 percent.

A trend that seems to be common in most blockchain and cryptocurrency projects is that this has halted, or at least derailed, the normal operations of these projects. Solana, which is considered one of EOS’ biggest competitors, has been hit hardest by the recent events surrounding the collapse of the FTX exchange. Solana is down more than 60 percent in the past seven days.

For EOS however, these recent industry events have not affected the operations and development of its network. In fact, as you will see with this weekly report, EOS seems to have upped the ante with its strong developments. Proving its worth in the industry as a valuable Layer 1 blockchain protocol.

EOS Recover+ to the rescue

At the start of the week Yves La Rose (founder and CEO of the ENF) published a tweet about a DeFi protocol that had been compromised and had $70 million in funds stolen. A portion of these funds was in EOS tokens thus this prompted EOS’ insurance layer (Recover+) to take the steps to having these funds frozen.

In an industry strife with the loss of funds through exploitations and hacks; it is very rare that stolen funds are even recovered at all. The fact that EOS’ Recover+ was able to freeze the EOS portion of the funds, preventing them from being dumped exchanges, shows the value propositions of EOS in the market.

Perhaps what’s even more impressive is that the DeFi protocol that was hacked operates on a different blockchain called Mixin. We would later find out that the compromised protocol was Pando Rings, a crypto lending and borrowing platform.

Here is the Recover+ incident report of the hack - https://www.eosrecover.com/incident/af32d553eaf5

ENF publishes a RFP for P2P discovery on Antelope blockchains

The EOS Network Foundation has published a Request for Proposal on behalf of the Antelope Coalition. The purpose for this RFP is to encourage qualified contractors to bid and compete to implement peer node discovery and synchronization processes within the peer-to-peer protocol of the nodeos service.

This is said to improve user activation, in other words, make it easy for the casual user, app developer, API provider, block producer, or even an exchange to get in sync with the network. As the Antelope Coalition is moving to implement inter-blockchain communication (IBC) between member chains, this would enable any user from any Antelope member chain (EOS, WAX, Telos, and UX Network) to interact directly with other users from other chains.

The intent to build deadline is November 14. From then on the qualifying bidders will go through various processes before the contract for this P2P Peer Discovery project is awarded to the most qualified contractor on December 19, 2022.

Following a successful Token 2049 event in Singapore two months back, of which they were title sponsors, the EOS Network Foundation was yet again at the Token 2049 event this week, but this time in London. On Thursday (Nov 10), Yves La Rose was at the mainstage discussing ‘The Future of Blockchain Protocols’.

Such events are great opportunities for EOS representatives to discuss and share the vision of the new EOS.

Also in attendance to represent EOS and the ENF was Sebastiaan van der Lans (Founder of WordProof), who gave a spontaneous fireside chat on WordProof, a trusted timestamping technology built on the Antelope protocol to help bring verifiable trust to content on the internet.

It is nice to see that the road to building a thriving DeFi and EOS ecosystem is a transparent one. Having been launched in late August 2022, Yield+ has sought to build economic activity on EOS through incentivizing DeFi dApps that increase TVL and generate yield.

The latest monthly report details the different metrics that measure the progress of the Yield+ initiative in the month of October. The report claims that a positive impact of this initiative on EOS has been experienced, despite the volatile crypto market.

As of writing, 13 DeFi protocols are participating in the program and earning 5% APR on their EOS and USDT staked tokens. As the Yield+ program grows in the number of participants and the total value locked (TVL), the more competitive the EOS token will become in the crypto market. The entire EOS network will also benefit as a result of increased capital flowing into the ecosystem. The current TVL for Yield+ sits at $15.6 million.

Upland, EOS’ leading gaming dApp and top 10 across the industry, has entered into a multi-year agreement with FIFA, the international governing body of association football. Starting with the FIFA World Cup Qatar 2022 in six days, Upland will bring the world’s biggest sports competition to the metaverse.

Uplanders and football fans will be able to visit the World Cup village, official shops, and showrooms within the metaverse to buy outdoor property decor. In addition, fans will compete for grand prizes by completing collection albums and topping the fan score leaderboard.

Football fans around the world will have the opportunity to own official FIFA World Cup digital collectibles and spotlight videos of match highlights from the World Cup!

Yves La Rose has just announced the launch of the $100 million ecosystem VC fund that will invest exclusively and directly into EOS projects. Following a multisig approval by Block Producers, 68.2 million EOS tokens ($100 million) have been issued to fund EOS Network Ventures. Although this decision has drawn criticism from a number of community members.

“The goal of ENV is to make EOS the number 1 choice for Web2 businesses transitioning to Web3, and for developers that want to launch new projects. We are dedicating $100M of capital to fuel the next wave of blockchain innovations and to ensure that builders choose EOS! Investment proceeds from the ecosystem fund will drive value back to EOS token holders through buyback and burns. We expect to grow the size of the fund significantly as we continue to foster positive relationships with crypto VC's.” - Yves La Rose

As of writing EOS is trading at $0.87 (down from last week’s price of $1.16). It is currently doing $142 million in daily trading volume with a market cap of $937,679,847. Despite dropping under a dollar and below $1 billion in market cap, EOS has risen six spots to the 43rd position by market cap. All stats are based on CoinMarketCap data.

● EOS Recover+ to the rescue

Salah Zalatimo, CEO at Voice, just published a post about the decentralized social media backed by Block.One in which h...