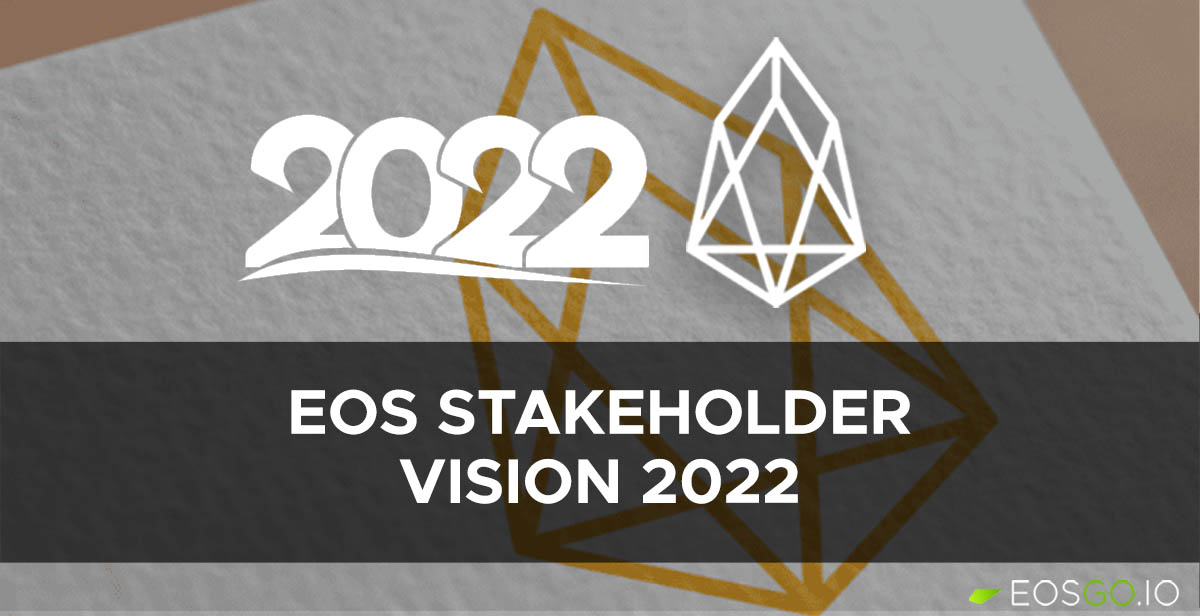 What is holding EOS back from building industry-leading platforms? In the 4+ years of its existence, the EOS ecosystem has failed to produce a single universally successful platform despite being considered one of the leading blockchain technologies in the world. Since its peak at $21.54 nearly 5 years ago now, the EOS price has dropped 91% in value, and with an extended bear market that value could drop down even further.

Although some may consider the drop as a positive thing in terms of getting a good price on a project with good fundamentals; the reality of the matter is that this price drop signifies a countdown timer. In other words, EOS is running out of time. The more the price drops, the more people leave the project. We are already at a point where people look at the EOS chart and all they see is a “dead” project.

There are a million reasons as to why EOS has been a failure thus far and that itself is part of the reason – a million people with a million different visions. There hasn’t been unison in the clarity of the direction EOS needs to take. Sure, the consensus is that Block.one is largely at fault and that on its own would make for an entirely different article explaining the Billion reasons why it is so. However, we are stuck with a problem now that we need to fix ourselves and fix it quickly. How do we go about fixing it?

The EOS community made a good move to stop its reliance on Block.one and focus on what it could do itself. Although some may say the same reliance is being repeated with the EOS Network Foundation (ENF), I believe the contrary to be true. EOS stakeholders have finally found a way to collaborate effectively to reach common goals. The ENF also allows for the empowerment of many different stakeholders to undertake projects the way they see fit to benefit the EOS ecosystem. Dozens of projects have already been given the means, through funding, to carry out their mission for EOS.

Holding each of these projects accountable to deliver what they promised is a responsibility each token holder has to EOS. Projects that receive funding to carry out certain tasks should be pushed to release roadmaps and make deliveries based on those timelines. The inflation that funds all these projects creates selling pressure on the EOS token; affecting the token holders and harming the ecosystem. Any project that receives funding from EOS needs to be held accountable to ensure that it drives value back to the community.

EOS is at a point where it is declining in user adoption because users can’t find worthy applications to interact with daily. It is my belief that projects have an innate responsibility to run marketing campaigns, for their dApps or projects, that will attract users from outside the EOS ecosystem. This translates to new users entering the EOS ecosystem thus the increased network effect will lead to the benefit of all stakeholders. At the moment the large majority of these projects aren’t running marketing campaigns and seem to be focused on gaining support from within the EOS ecosystem – existing EOS users. There just aren’t enough EOS users to go around. Each dApp needs to make it its responsibility to bring new users to EOS.

What’s needed to produce a killer dApp on EOS

As strong as the technical fundamentals of EOS are, the user experience still needs to be worked on at the most basic level. It doesn’t matter that EOS is cheaper, faster, more scalable, etc. if it fails to acquire new users as a result of the difficulty for people to get their journey with EOS started. Compared to competing chains like Ethereum or Solana, creating an EOS account requires payment. It is also a bit complicated, for new users especially, because transacting with an EOS account also requires the user to learn whole new mechanics like how to rent/stake NET, RAM, and CPU resources. This is a big learning curve if you’ve just ‘bought’ an account and are suddenly having trouble transacting with it, and you have no idea what to do or where to look for help.

The average user simply has no patience for this, which makes it that much harder to attract and retain users, as it creates friction and a bad reputation for EOS in the blockchain sphere. Fixing this issue first could open doors to a new world of possibilities and an influx of users. The industry-leading performance is there on EOS, we just need to make sure that potential users can easily access it. The rest is as they say, “once you go feeless, there’s no going back to paying fees”. This is how a blockchain user experience should be and is on EOS, we just need to make it easier for everyone else to experience it.

The next step is to ensure that new users have places to go to interact with the blockchain in meaningful ways such as dApps and other useful services. To figure out what dApps are needed to attract and retain users we need to consider what users want. The best performing dApps/services in user retention in this space have been those that are free-to-play and/or play-to-earn. On EOS these are dApps like Upland, Prospectors, or Yup.

Basically, the dApp needs to be free and needs to earn users some form of income. Using these traits EOS can form a compass from which to follow in the funding and development of dApps. Of course, they’ll be other things as well such as building a strong community around a dApp and ensuring that it serves a recurring need for it to be viable for the long term.

A dApp that somehow integrates all of these into a single product has a great advantage. Not forgetting the vital importance of a good UI/UX. The EOS blockchain needs to make building such a dApp easier for developers, starting with improvements of the core code, and the account and resource management. Work is already underway on this front by the EOS Network Foundation as it has funded several Working Groups (Wallet+, EVM+, API+, Core+, etc.) to tackle the core issues facing EOS today.

These Working Groups will make it easier for Solidity developers (Ethereum, BSC, and others) to build on the EOS blockchain and provide API layers for them to build world-class applications, as well as improving the general developer experience on EOS. User wallet/account management will also be improved upon with additional features and capabilities, enhancing the user experience. And then there’s Pomelo, the ongoing crowdfunding initiative to support the development and operations of EOS projects.

The community, through the ENF, is doing a lot to change the course of EOS for the better and this year efforts are being ramped up to ensure that our ecosystem not only competes in the blockchain sphere but leads it. However, there’s more that we can do today to fast-track this vital process.

As EOS community members and token holders, we all need to hold every component of this process accountable to ensure the desired inputs and outputs are achieved. Each component in this process needs to pull its weight for the chain reaction to work optimally in producing results. That also means that we as EOS stakeholders need to hold ourselves accountable in our efforts to inspect that everything is functioning as optimally as it should.

If we can all work towards this, then there’s no limit to the things this community can achieve on our way to a four-billion-dollar DAO (community), and beyond.

The CCID Research Institute of the Ministry of Industry and Information Technology of China published the 19th Global P...