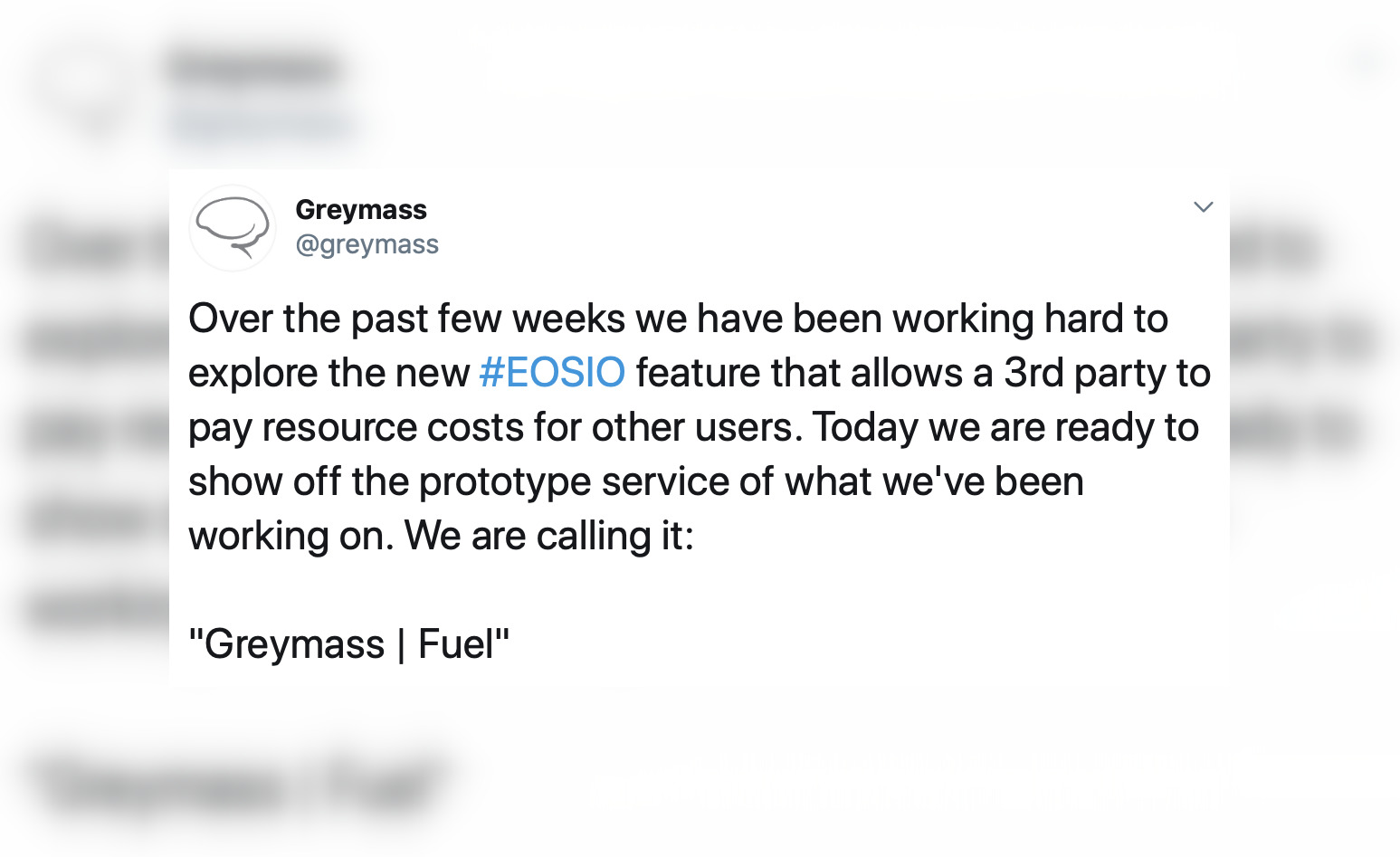 The Greymass team recently revelead on Twitter their new prototype service that will allow dApps to easily cover transaction costs for their users, and to offer limited free transactions to any user through on donations.

The first service allows dApps to implement the new feature of eosio 1.8 quickly and easily. At the moment all dApps have had to build their own implementation from scratch, making the deployment of this feature a bit slow. Through Greymas Fuel, the Greymass team itself will take care of the back-end using their infrastructure, and developers will only need to focus on the dApp development.