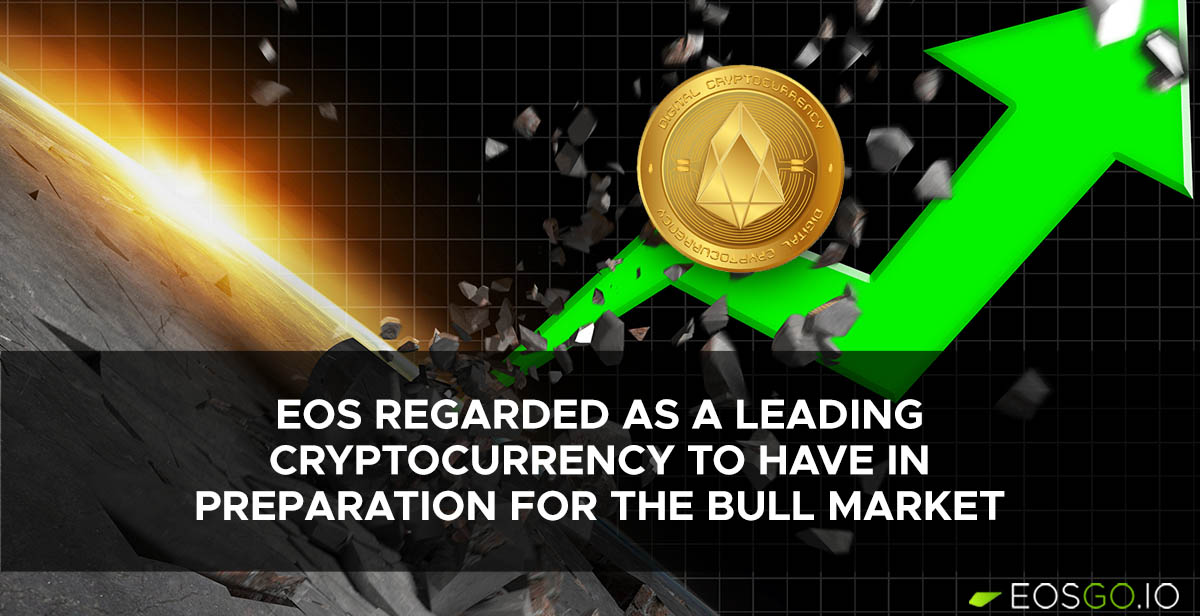 The cryptocurrency market is at a point where it could turn bullish at any point now and investors are placing strategic bets on which cryptocurrencies are likely to lead the next bull market. Considering that likely future performance is measured against present efforts; it’s no surprise that investors have EOS on their sights as one of the most bullish cryptos at the moment.

Adding to the many positive developments that have been unfolding since the start of the year, EOS has recently shown signs of strong support in the market. By no coincidence, discerning investors have been paying close attention to these developments.

Some articles from this week have given EOS the nod for being a highly supportive network for developers. They also mention EOS’ industry-leading infrastructure for building highly performant and scalable applications. For instance, an article in Analytics Insight on Tuesday described EOS as a “flexible forward-driven crypto”.

The article then goes on to point out:

A day before that there was an article written on CoinCodex which stated:

“EOS has been widely regarded as the most scalable and programmable crypto asset on the coin market. The platform leverages innovative technology and strong community backing to provide developers exclusive support for building unique projects they may find difficult to build on other Blockchain networks.”

This continues the trend of positive coverage about EOS from crypto related media, a trend that seems to have picked up since the community fired Block.one from the network. Although the events surrounding Block.one’s firing occurred less than a year ago, the progress the EOS network has had since then has been awe-inspiring to say the least.

EOS fundamentals speak for themselves, but still a whole lot more can be said about them. Community support for the network is at all-time highs. Positive sentiment over EOS is ever growing, in tandem with its many ongoing network developments. And to those who are paying attention to industry developments - it is the launch of future initiatives that push EOS over the top as a leading crypto to hold for the future.

● Big Eyes, Near Protocol, And EOS: Altcoins You Shouldn't Overlook When Building Your Portfolio Against The Bull Market

● Worried About The Bear Market? Why Enthusiasts Are Buying Moshnake, Ethereum, And EOS

Picking up from where it left off [last week](https://www.eosgo.io/news/this-week-eos-maintaing-strong-support-in-a-mar...