This Week: EOS Continues On Its Upward Trend! 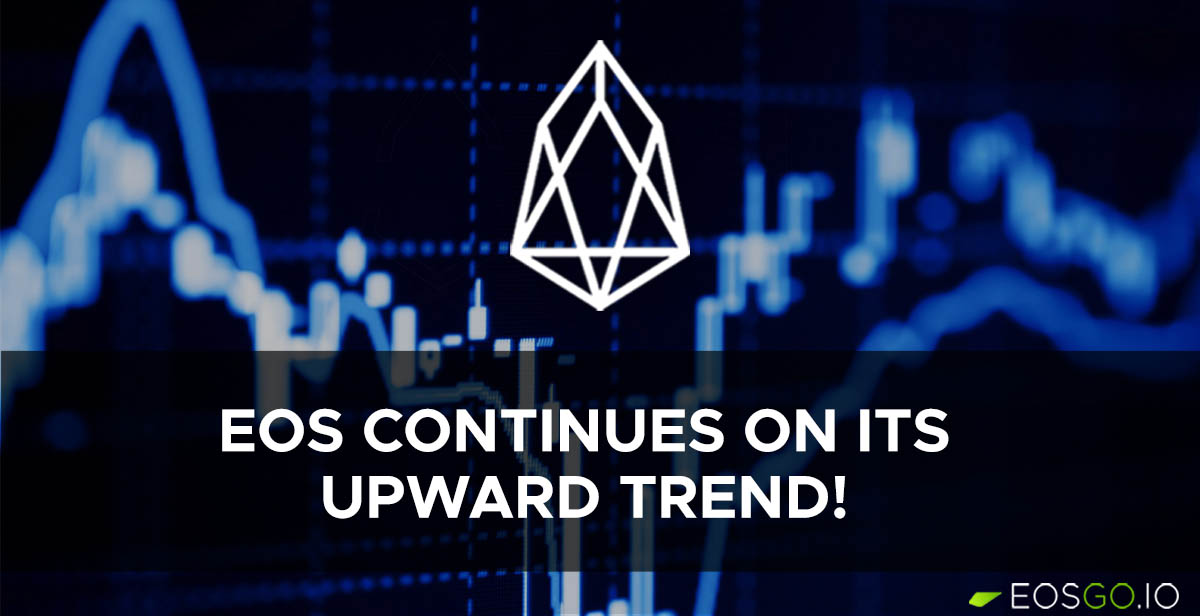 As an EOS stakeholder you would be forgiven for thinking that cryptocurrencies weren’t facing a bearish market cycle. From an EOS perspective we should be in a bull market the way its token has performed these past two weeks.

Its continued rise up the charts, regardless of a bearish market, has raised the curiosity of market participants and industry media. For some speculators, EOS has piqued their imaginations to wonder how much better the token would perform in an actual bull market.

Whether seeing a rise in its price or a drop EOS continues to build for the future, and that is where its true qualities lie - in it abilities to continue to perform at a high level regardless of market conditions.

EOS crowned Coin of the Day!

Keeping pace with last week’s first place ranking based on social and market activity, EOS has been named the ‘Coin of the Day’ earlier this week by leading social metrics tracking platform, LunarCrush. According to the report, EOS has doubled its social mentions, tripled its social engagements, and quadrupled its social dominance from the previous week. 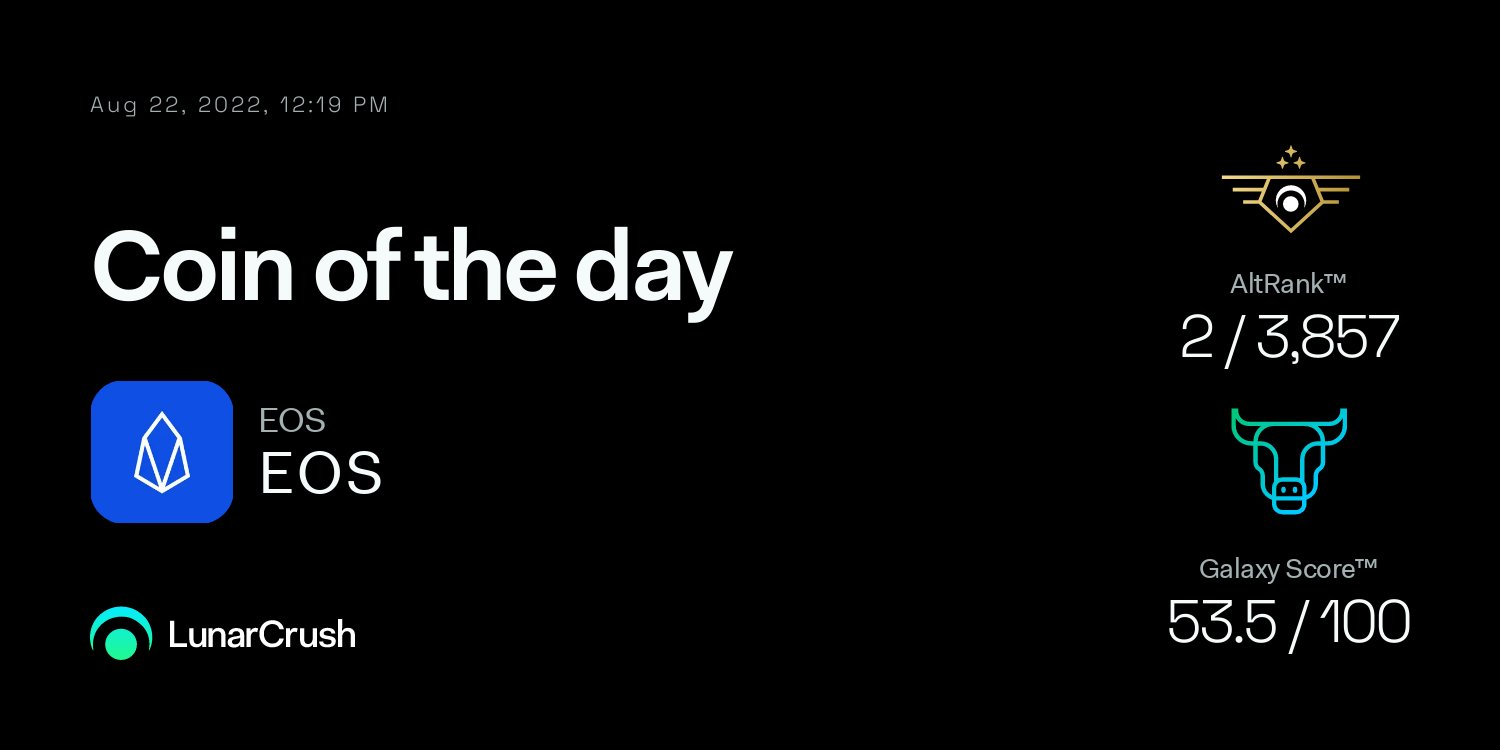 This is great news for stakeholders as it means that EOS now has a greater reach on social media, helping to get the message out about its bullish developments to a bigger audience. The impact of this has already been seen in its price movements which in turn have created a buzz on social media; and this will create a constant reinforcing loop cycle. For as long as network developments can keep pace.

Antelope IBC is on its way!

Speaking of network developments, this was the message coming from the Antelope team on Tuesday. Supported and funded by a coalition made up of the EOS Network Foundation (EOS), Telos, WAX, and UX Network, Antelope has announced that the future for these blockchains is multichain.

A screenshot shared along with the tweet states that every member of the Antelope coalition has signed the IBC/FF agreement to make Inter-Blockchain Communication (IBC) a reality for member chains. With the agreement signed, the next steps are said to be:

With the review process already underway, following that will be making adjustments and then deploying the IBC solution to public testnets for further testing. There hasn’t been communication on how long this entire process will take before the solution goes live, but judging from the coalition’s previous projects, it could be a matter of a few months.

The ENF on a world tour to showcase EOS

In line with the developments and launch of various projects targeted at the growth of the EOS ecosystem, the EOS Network Foundation is setting up to go on a world tour to promote this growing ecosystem.

“The new EOS is about to embark on a global world tour as part of a wider go-to-market strategy for EOS.” - EOS Network Foundation

This world tour will see the ENF attend more than 20+ major conferences around the world for the remainder of this year, including in countries like England, Spain, Singapore, Germany, South Korea and the United Arab Emirates (UAE).

Considering recent efforts to grow its marketing capabilities, the ENF will most likely be marketing EOS to the world as an industry leader for deploying highly performant and scalable blockchain applications.

The four-week GameFi-focused hackathon for on-chain projects entered its second week on Tuesday. Registrations are still open for projects that wish to partake and compete for the $150,000 prize pool, with submissions closing on September 12.

Dubbed as the next big sector within the blockchain/cryptocurrency industry, GameFi has the potential to onboard many millions of users to blockchain. TrustEVM looks to be on the forefront of this looming trend.

A strong showing from its hackathon could very well put it on the trajectory to achieving that goal and the opportunity to showcase its technical (performance) prowess in the industry when it launches next month.

Find out more about the hackathon from the official page - https://dorahacks.io/hackathon/36/detail