Chapter II: Taking Back Control Over The Network 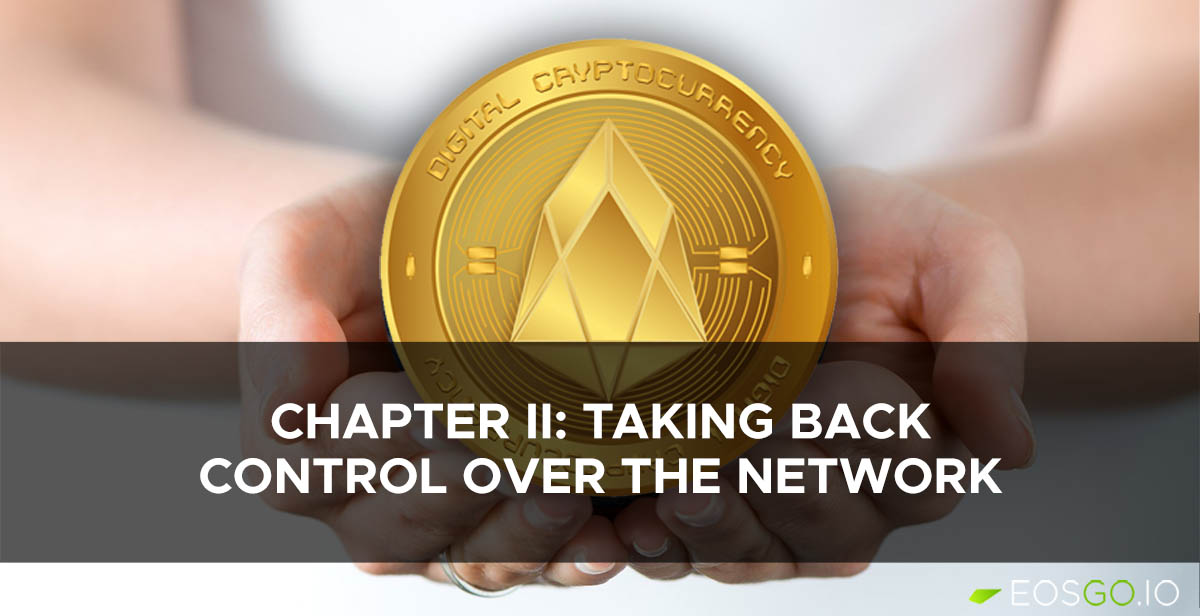 Coming from a resignation as CEO of EOS Nation (Block Producer) following the failure of his proposal for a Worker Proposal System (WPS) despite garnering overwhelming support from the community, Yves La Rose returned to EOS two months later with a clear vision for what needed to be done to elevate EOS to greater heights.

This time though a different approach was needed to ensure that any plans for implementing a strategy to help revive EOS would be followed by swift action and not be derailed by Block.one. Yves' new vision to fund the growth of the EOS ecosystem was to establish the EOS Network Foundation (ENF). Having gained overwhelming support from EOS stakeholders, the ENF was officially launched on August 25, 2021, with Block Producers voting in favor of funding the initiative via a 2% inflation on the network. This also marked the day that the EOS community finally took those first steps towards taking control over the network and its future. 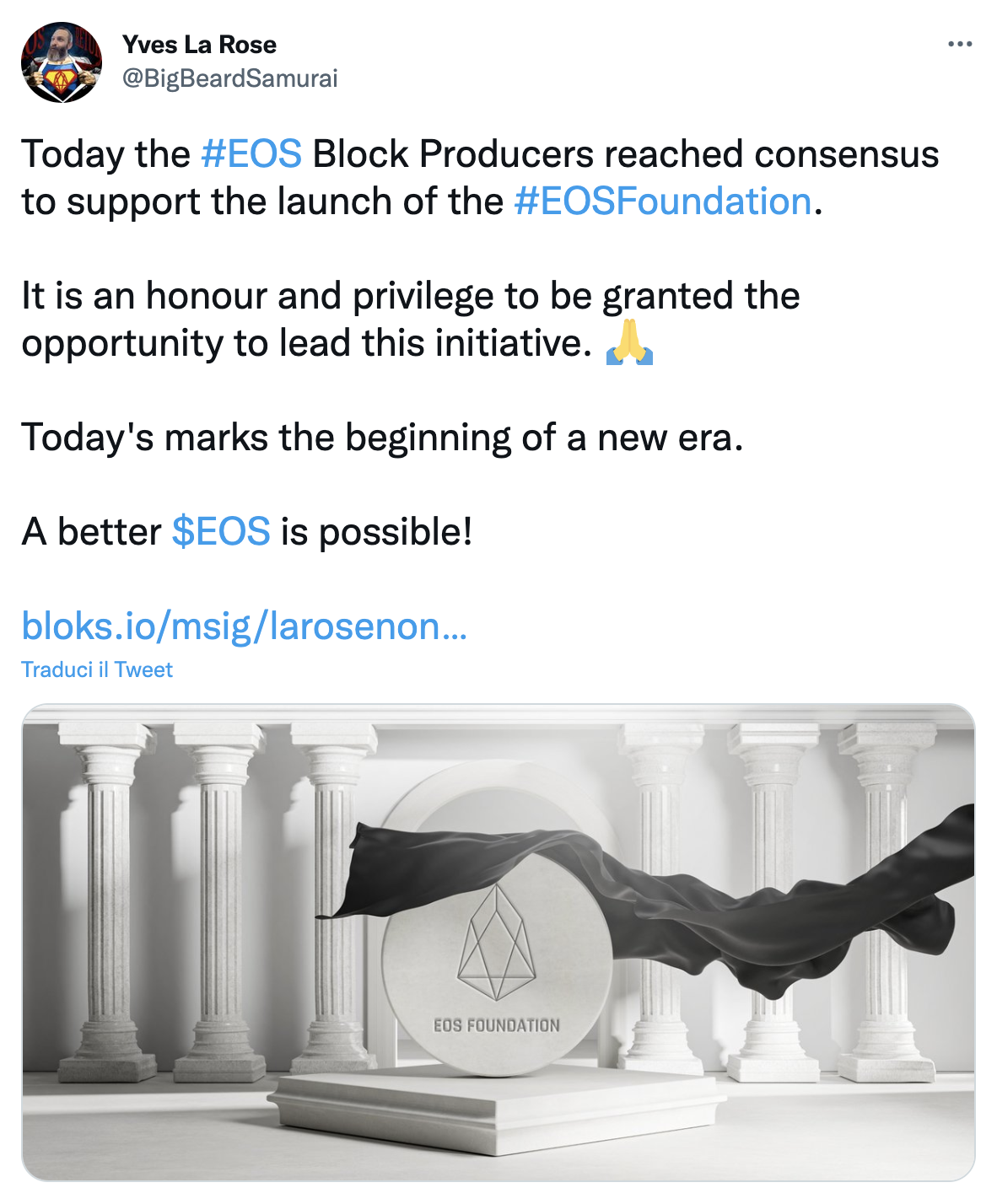 As mentioned in the previous chapter, this “new era” in EOS’ story hasn’t been without challenges. In its attempts to try and get EOS related intellectual property (IP) back from Block.one, the ENF (Yves La Rose) got drawn in yet another battle with the Goliath that is Block.one who refused to make any commitments to give EOS IP to the community. Instead, Block.one went into its playbook for publishing sensational statements, which tend to never materialize, and announced their “plans” to leverage their EOS holdings for additional network growth and opportunity. The statement also announced Block.one’s agreement with Brock Pierce (co-founder of Block.one & founder of Helios) to transfer 45 million EOS tokens to Helios, a VC company that intends to revive the EOS ecosystem through targeted investments.

That statement from Block.one, which was published on November 8, received a lot of backlash from the community, with the main argument being that the EOS tokens are locked in a vesting schedule to be paid out over several years as Block.one continues to contribute to the EOS ecosystem. A lot of back and forth in negotiations between the ENF, Block.one, and Brock Pierce led to a second statement being published by Block.one a month later. This time Block.one stated that in addition to their recently announced Helios transaction they would, from their vesting tokens, offer 30 million EOS to the ENF, 1 million to Pomelo, and 1 million to EdenOS.

The community was angered, and rightfully so, as they saw this as Block.one removing itself from its responsibility to the EOS network. Not only that, but the fact that those vested tokens weren’t theirs to divest in the first place. Those were tokens that the network itself was going to pay Block.one for making contributions to EOS over the next six years. As I was writing this article, more information came to light stating that Block.one CEO, Brendan Blumer, considered EOS development to be a distraction from their daily operations as ‘the people who use EOS are small companies’. One more piece of information showcasing Block.one’s disregard for EOS and its community.

The failed negotiations between the two parties resulted in EOS Block Producers halting the payment of vested tokens to Block.one. Essentially, forking (kicking) the billion-dollar company out of the EOS network. This move by the EOS community unchained Block.one who had become the blockchain's weakest link and weighing its token down.

This last action completed the EOS community’s struggle for self-reliance but simultaneously began its journey back to the future its participants once envisioned for the network. A network that is not only fast, cheap, scalable, thus inclusive, but also a network that strives to reach mass/mainstream adoption. One that’ll act as an operating system for the new digital economy and its supply chains.

It has now been just under six months since Block.one was “kicked out” from the network and the developments that have taken place in that time already surpass those experienced during Block.one’s oversight. The EOS Network Foundation, as well as other entities in the EOS ecosystem, has introduced a lot of great initiatives that are making a difference that EOS stakeholders can actually visualize and measure.

It is these initiatives that have sparked new interest and bullish sentiment around the EOS project. Not singling out the possibility of a lawsuit against Block.one - to recoup some or all of the funds it raised during its year long ICO, which amount to roughly $4.1 billion.

● Chapter I: A Community’s Struggle for Self-reliance

● Block.one is denied $250M in EOS from EOS Community

● EOS Was the World’s Most Hyped Blockchain. Its Fans Want It Back.

In what came as a dramatic turn of events, yesterday the [EOS Network Foundation](https://eosn.foundation/) announced i...