Chapter I - A Community's Struggle for Self-reliance (EOS Network Foundation vs. Block.one) 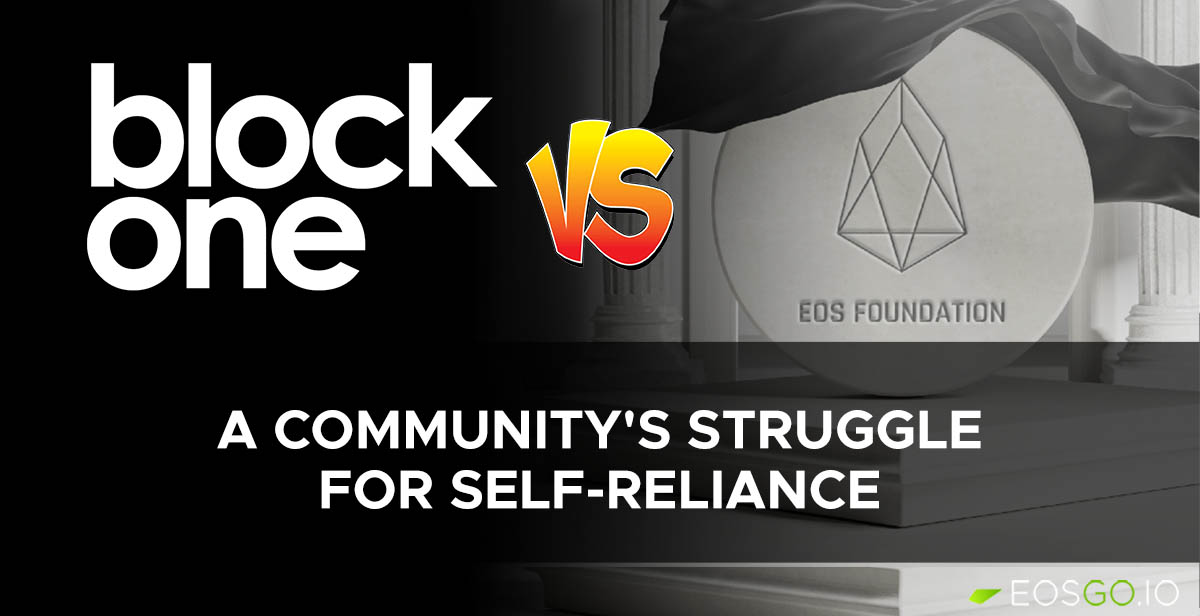 Spearheaded by the EOS Network Foundation, the EOS ecosystem has seen more improvements in the last eight months than it has ever witnessed in its four years of operation. The journey for EOS up to this point hasn’t been an easy one, and even that is an understatement considering it’s mostly all been downhill since reaching its peak (pricewise) just before the EOS network launched in June 2018. Still, as things stand, the ecosystem has a long trek to make it to the other side of this hill.

One thing that has changed since the EOS Network Foundation was established, just eight months ago, is that the road to take has become much clearer. The biggest problem that EOS had in the past has also been one of its biggest strengths; which is how decentralized it became following its widely distributed token generation event or otherwise known as the initial coin offering (ICO). This decentralization opened up a big hole at the network’s core where collaborative efforts and communications were supposed to take place.

Initially, the community assumed the network’s core responsibilities would be undertaken by the block producers. We quickly learnt that the BPs did not and could not fill that position for similar reasons - the governance of the network was decentralized and its participants ever-changing. Not to mention the different barriers involved such as language and different time zones, among others.

It made sense that Block.one as the creators of EOS and its protocol take up that role seeing they were the beneficiaries and in possession of the funds raised from the ICO. With all the tools they had at their disposal, including the influence they had over the network participants, no other entity could fit that role better. However, after many years of deliberation it became quite clear that Block.one was not up to the task and ignored their responsibilities to do so.

With the network’s core left vulnerable due to the lack of productive efforts, it made it difficult for the community to converge. Having no focal point for transactions basically meant EOS was divided into many parts that operated independently without common ideals. Considering the chain system of a bicycle, the EOS chain in this case didn’t have the links that connect it, and without funding the ecosystem lacked the gears that drive things in a forward momentum. 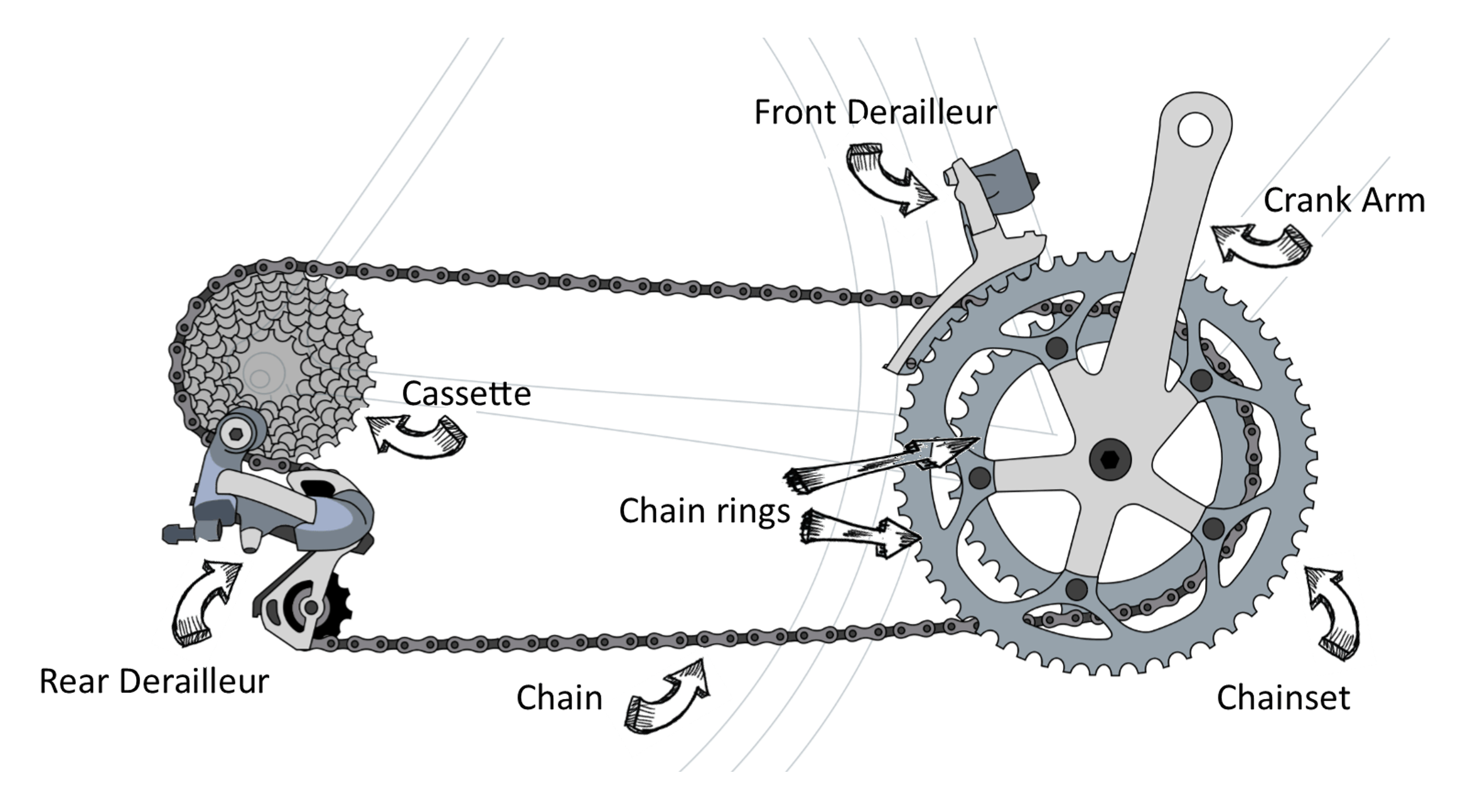 Recognizing that there was a big missing link in EOS, the community sought ways to fill the gaps and not have to rely on Block.one to do it. So when top block producers, EOS Nation and Attic Lab, developed and published a Worker Proposal System (WPS) for the network, it was met with overwhelming support from EOS stakeholders. Except… except Block.one didn’t approve of it. Brendan Blumer took to Twitter to express his concerns.

But even then, the community responded in favor of the new Worker Proposal System which would finally provide means of funding for all the projects and developers that were building on the EOS network. The WPS would also give EOS stakeholders a say in how the funds are deployed and directed to the project they feel would bring value to the ecosystem.

As Sergey Vasylchuk, founder of Attic Lab put it in response to Brendan’s reservations:

Luckily the community decided to continue with implementing it and the WPS achieved the strongest approval rating of any proposal on the EOS mainnet by getting approval from 19 of the top 21 block producers. In their announcement of the voting results, EOS Nation stated:

“To us, this represents a clear will of the token holders and we are now proceeding with the next steps to implement the WPS on EOS.”

A day after the announcement of the voting results, Block.one went on a rampage; acquiring EOS New York, one of the network’s most influential and active BPs at the time, essentially weakening the EOS network. The entire EOS New York team would form Block.one’s new Public Blockchain Engagement (PBE) division which they claimed would “act as the first point of contact between the company and public blockchain communities”.

Two weeks later, Block.one announced, in a press release, that they would be partaking in EOS governance (looking to change things) by using their EOS tokens to vote for Block Producers. In the same breath they announced that their newly found PBE division “is actively researching and developing a model for a potential EOS foundation”. In a matter of weeks Block.one had taken control of the narrative with positive statements about how ‘they’ can and will make everything better in EOS.

In the meantime, to gain the community’s confidence Brendan Blumer’s engagement on Twitter was at all-time highs telling stakeholders how “marketing in the next 24 months would be far more effective than marketing in the last 24 months”. Elsewhere Daniel Larimer was giving exclusive interviews telling the world about the newly funded ($150 million) Voice social network and that Block.one was going to announce “new products” that year. Two years on, the community has realized that all these wonderful plans they were sharing had nothing to do with the EOS network. Block.one and its Public Blockchain Engagement division have since gone silent including blocking the community from engaging with their accounts on social media.

It took two more years of being led astray by Block.one and its associates before the community made another attempt to independently try and solve the issues it is faced with. The previous Worker Proposal System to fund projects and developers building on EOS was hijacked then left dormant by Block.one.

Some of the more influential and capable members of the community were poached (hired) to work for Block.one. Others left the EOS project altogether as a result of the confusion all of this had caused, as well as the lack of funding/support for their hard efforts. Which affirmed Sergey Vasylchuk’s earlier concerns of how inaction would lead to the network’s loss of talented teams.

When the former CEO of EOS Nation, Yves La Rose, who had resigned from his position after the failure of the proposed WPS (which gained overwhelming support) and the dying EOS network, came back to establish an EOS Foundation, Block.one still had the nerve to try and block it.

This started a whole new battle between Block.one and Yves’ EOS Network Foundation which is backed by EOS stakeholders. A battle I’ll discuss extensively in the chapter.

Taking a quick look at the dApps market, we can see that EOS is losing ground to Ethereum and also Tron, compared to a ...