This Week: EOS' Outlook Continues To Improve During The Bear Market 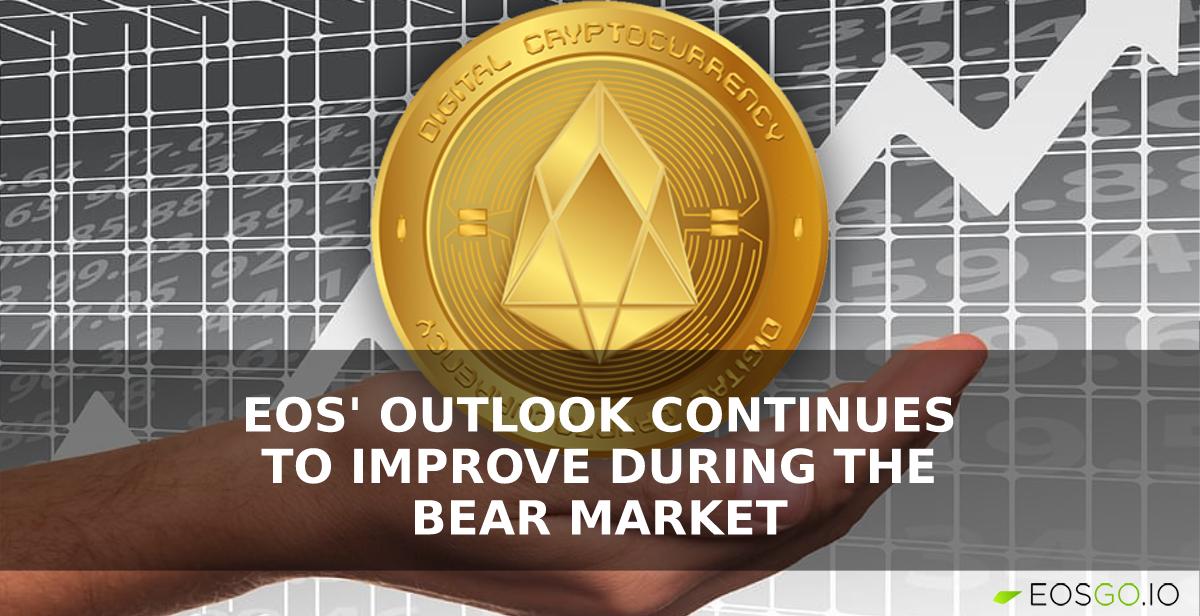 Just as the cryptocurrency bear market has been extended by another week EOS’ bullish developments have continued for yet another one.

Interestingly, the EOS Network Foundation (ENF) was established right as the crypto bear market began towards the end of 2021. Prices of all cryptocurrencies have been falling since then but, meanwhile EOS has been building like never before.

EOS at the Future Blockchain Summit 2022

The first and largest blockchain conference and exhibition in the MENA region (Middle East and North Africa) made its return to the Dubai World Trade Center earlier this week. 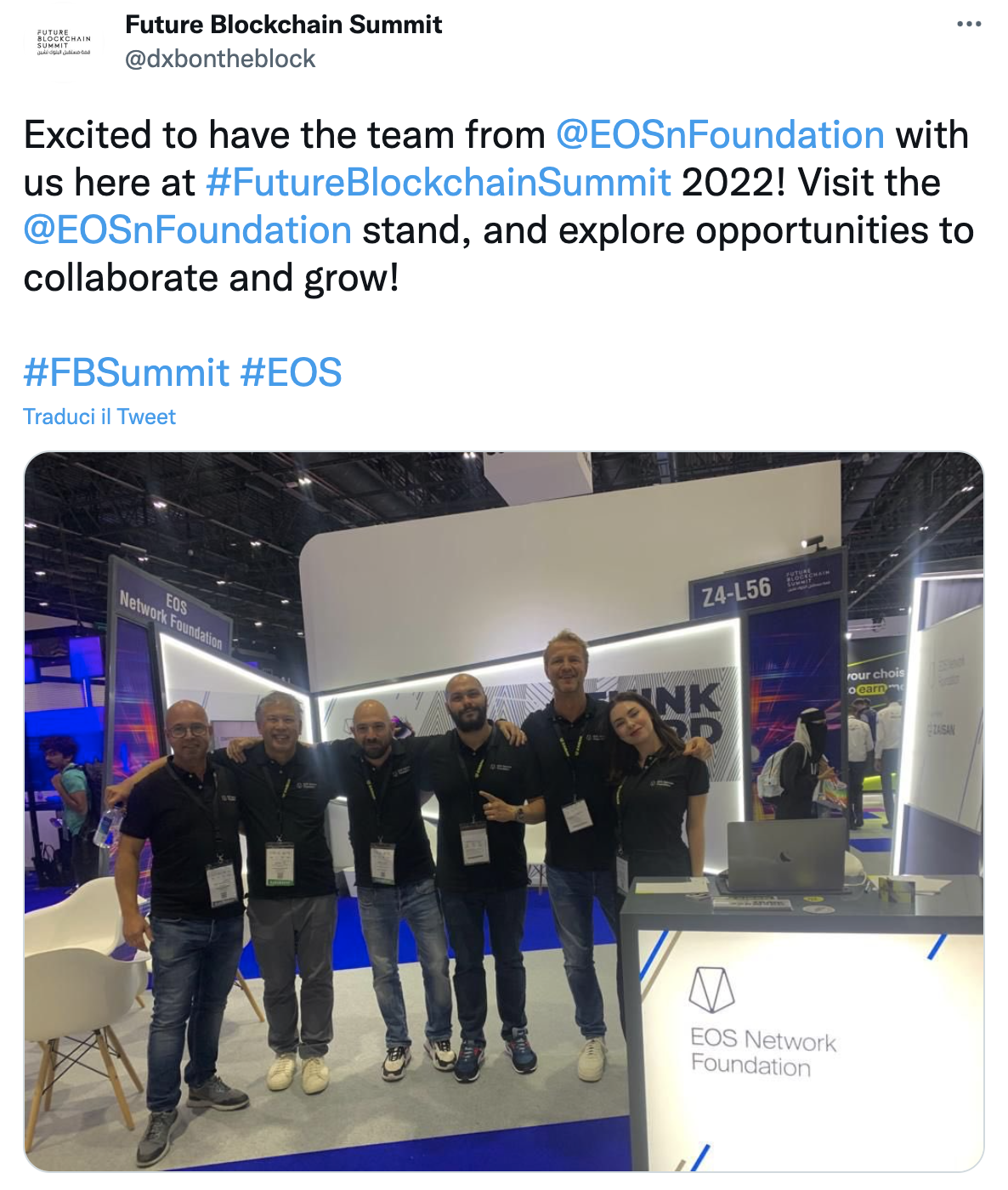 Over 100,000 people visited the 4-day event in which the EOS Network Foundation, along with Zaisan, attended as one of the more than 130 exhibitors. On the agenda over the four days was discourse over the implications of blockchain on the different sectors of the global economy such as education, fintech, energy, cybersecurity, etc.

In line with the ENF’s launch of its global conference strategy for EOS, in partnership with

Zaisan, both parties ‘showcased the upgraded EOS and its capabilities to the attendees’. Additionally both parties would’ve been securing speaking engagements and/or following up on business development leads to help further improve the EOS ecosystem.

The ENF has recently announced: After 6 weeks of operating under its pilot phase, Yield+ will be transitioning to full launch on October 17.

Launched on August 28, the pilot phase drew in more than $10 million of total value locked (TVL) in its first week and 6 weeks later that number has risen to nearly $16 million. This is in spite of the continued drop in token prices over the past weeks and months.

In its recent Yield+ Report for the month of September, the ENF details the program's performance metrics and how they are making EOS a more competitive and attractive platform for DeFi applications. It also offers a suggestion to engage in outreach activities in order to attract more dApps and users to join the program.

The full launch on Monday (October 17) will see the rewards increase fivefold from 1% to 5% for all participating DeFi protocols that meet the qualifying criteria. This increase in rewards has encouraged DeFi protocols such as Defibox and PIZZA to come up with strategies for their users to further benefit from these additional rewards. With more EOS tokens locked and additional liquidity brought into the EOS ecosystem; all EOS token holders benefit from this initiative whether they choose to directly participate or not. 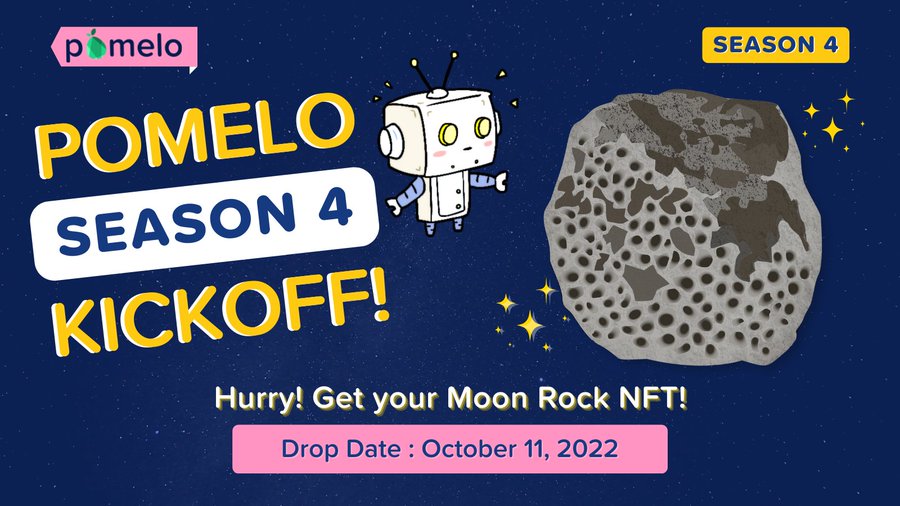 Pomelo Grants has dropped its ‘Season 4 Moon Rocks’ NFT collection to help fund the matching pool in preparation for its fourth and final season of the year. These matching pool funds are to be used to support projects that are building on EOS.

The new season of Pomelo Grants will begin on November 14, following a successful season 3 in which 172 grants (projects) were approved for EOS funding. These are some of the projects that help grow and strengthen the EOS ecosystem through user & developer acquisitions and activities.

For this coming season the EOS Network Foundation has provided $350,000 in matching pool funding to support all the projects that get approved. With their Season 4 NFT sales Pomelo looks to raise an additional 15,000 EOS to go towards the matching pool for an even greater impact to end the year.

It was just last week where we reported that the EVMxIdeathon has reached and surpassed the 300 participants milestone. A few days ago a new milestone of 400 participants had been reached! Hundreds of people are participating to create value for EOS. 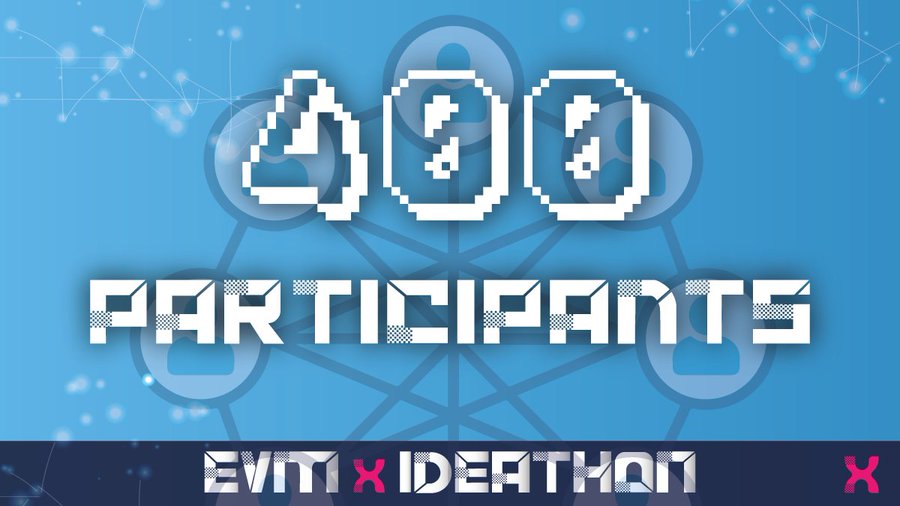 The EVMxIdeathon initiative is the result of a partnership between the ENF and Helios to generate application ideas and implementations on the EOS and Trust EVM blockchains. With participation numbers fast-approaching the 500 mark, this initiative is set to generate hundreds of application ideas and possible implementations within the EOS ecosystem.

The EVM portion of the initiative is a hackathon for developers to build applications (dApps) that will be compatible with the Trust EVM blockchain. The Ideathon is for anyone with an interesting and executable idea of an application on the EOS blockchain.

This event will conclude in a month (November 14), in line with the start of the new season of Pomelo Grants, and all winners will claim a share of the $125,000 prize pool.

Suggested read: At the start of week we published an article that discusses the roles investors play in any form of financial market, and also how that plays into EOS and its ecosystem developments. Check out - EOS and the Bear Market Blues.

● Yield+ will be transitioning to FULL LAUNCH on October 17

● 400 participants are now signed up for the EVMxIdeathon