Bullish Goes Public in $9B SPAC Merger, How Does Bullish Work? 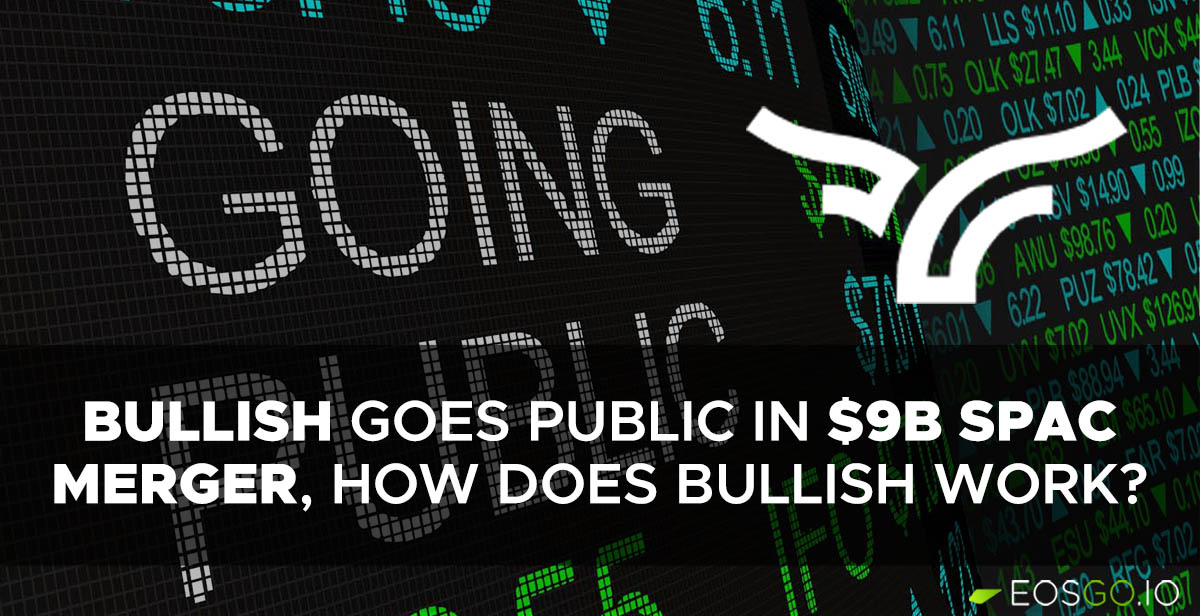 Bullish's SPAC deal with Far Peak was recently confirmed, valuing Bullish at $9b and making it one of the first digital asset companies to go public, joining Coinbase e Bakkt. Following the announcement Brendan Blumer posted on Twitter various details of the platform.

The deal appears to have valued Bullish at $9 billion, up from $12 billion in initial discussions. Initially Bullish raised around $10 billion in capitalisation which consisted of 164,000 BTC and approximately 20 million EOS, which are currently valued at approximately $5.7 billion, plus $300 million from strategic investment rounds which includes EFM Asset Management as well as BlackRock and Galaxy Digital.

What are the details of the platform?

According to recent tweets by Brendan Blumer:

"Bullish is focused on offering new solutions that give customers more choices and drive more benefits back to the traders and hodlers themselves to fight the excessive fee-taking/volatility-inducing/asset-price-suppressing models this industry is currently too dependent on." Recently FastECO launched a Mining Event on their new game in development: Super Hero. Super Hero is the world’s first ...