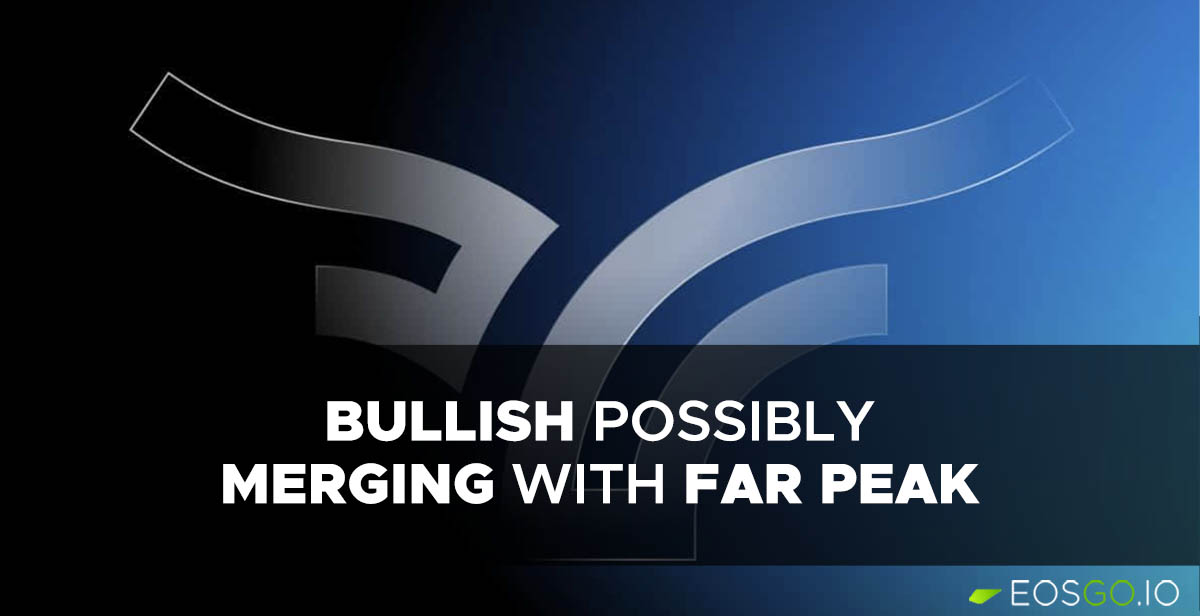 According to a recent Bloomber report, a merger is being considered between Bullish and Far Peak Acquisition Corp., a blank check company led by ex-NYSE Group President Tom Farley. Early discussions could value Bullish at as much as $12 billion.

Far Peak is a blank check company that focuses for target business in the financial technology, technology or financial services industries. The merger with Bullish could give the cryptocurrency exchange a push towards regulatory compliance and thus towards its launch.

Indeed, such a merger is quite interesting, as early discussions suggest that Bullish is expected to be valued at $12 billion, when it initially raised around $10 billion in capitalisation.

It should be noted, however, that Block.One's initial capital consisted of 164,000 BTC and approximately 20 million EOS, which are currently valued at approximately $5 billion, plus $300 million from strategic investment rounds. Bullish's $12 billion valuation would therefore not only consider the initial capital, and "the final valuation could change depending on the price of Bitcoin ".

In any case, Bullish and Far Peak will not necessarily reach an agreement, and if they do, it should be in the coming weeks.

"If successful, a deal with Far Peak would mark a milestone for Block.one founder Brendan Blumer in establishing a decentralized crypto exchange"

At present, representatives of Block.One and Far Peak have not made any official comments.

After recently announcing that users can now [trade WAX, EOSDT and EOS-USDT](https://www.eosgo.io/news/eoslocally-s...

**‘Blues - a state of depression or melancholy.’** ### Bearish market conditions We are going through the most dread...