"A Collaborative Vision Forward" | What's the future for EOS? 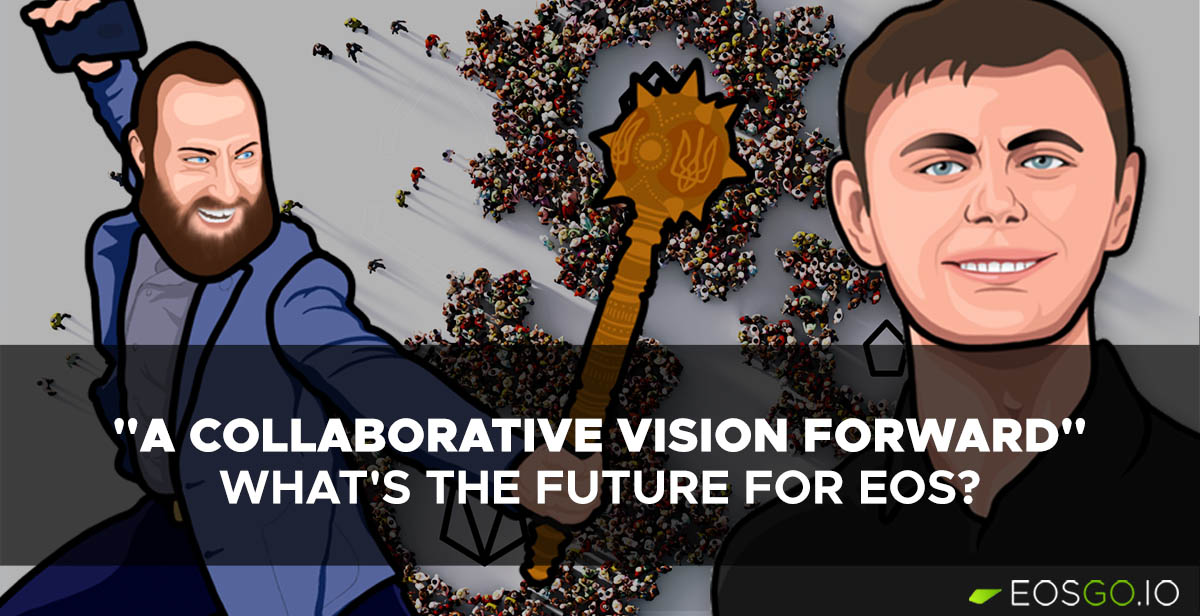 The two leading figures in the EOS ecosystem, Yves La Rose of ENF and Dan Larimer Founder of Eden, met online to discuss the future of EOS and how the two will go about collaborating on the EOS renaissance.

The community, thanks to the combined efforts of ENF and Eden and countless other community members, is ushering in a new era for EOS. An era in which decisions and the future of EOS itself are built in a decentralized way.

It's the first time we're in this position. Prior to this, everything was being filtered through B1. We now have the opportunity to fund multiple start-ups at the same time and having them all work on different competing ideas and see which one will ultimately win and bring everyone else up."

One of the first steps is just to take back control of the EOSIO codebase, which is currently entirely under Block.One's control and hasn't been updated in months. Dan Larimer with his ClarionOS team, is already actively working on this, developing "Mandel" a hard fork of the EOS codebase and funded by ENF.

In addition to Dan Larimer's work with Mandel, the ENF defined Working Groups are already moving to establish where EOS needs to be improved, and then bring those improvements to four macro areas:

In parallel to this, the developer community itself is starting to propose new projects on a daily basis, and receiving funding thanks to Pomelo, the Quadratic Crowdfunding platform inspired by Gitcoin that distributes funds to developers on EOS.

The PredIQt team announced the new PredIQt Leaderboard Contest, to reward the most active members of the PredIQt commun...

The EOS Foundation continues to select projects building on EOS that will receive a $100,000 grant each. Currently 34 p...