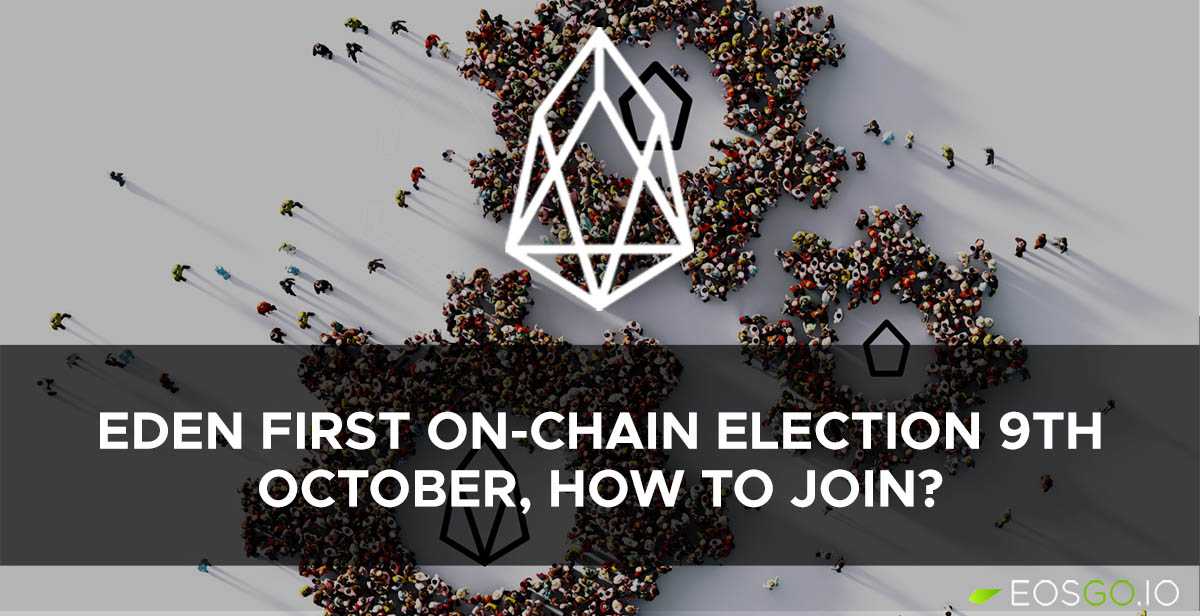 On October 9, there will be Eden's first on-chain election where over 200,000 EOS will be distributed to elected members to develop new projects and further strengthen and expand the EOS community.

To actively participate in the election, vote or be voted in, you must become a member of Eden. Anyone can become a member, as long as they are invited by one of the existing members. The first step to being invited is actually studying More Equal Animals, Dan Larimer's book in which Eden's core concepts are expressed.

Then there are several ways to receive an invitation from an existing member, you can introduce yourself on EOSCommunity.org at Eden Introductions Thred, or join the telegram group EdenOnEOS.

Once the invitation is received you will go to an Induction Meeting with 3 other Eden members, including the inviter. All induction meetings are recorded and uploaded to IPFS as a proof, for this reason they are very short, about 1-2 minutes and follow a predefined script.

At the end you have to pay a subscription member fee of 10 EOS, and you will be officially part of Eden, granting access to the Member Portal.

At the moment there are about 250 members, of which 107 are already registered for the Genesis Eden Election. Even if you do not become a member, you will still be able to participate in the election as an audience.

We can't wait to see which amazing projects will come out from this election! Good luck;)

DAOBet, a new EOSIO chain, has recently launched its mainnet. The focus of this chain is entirely on the Blockchain Gam...