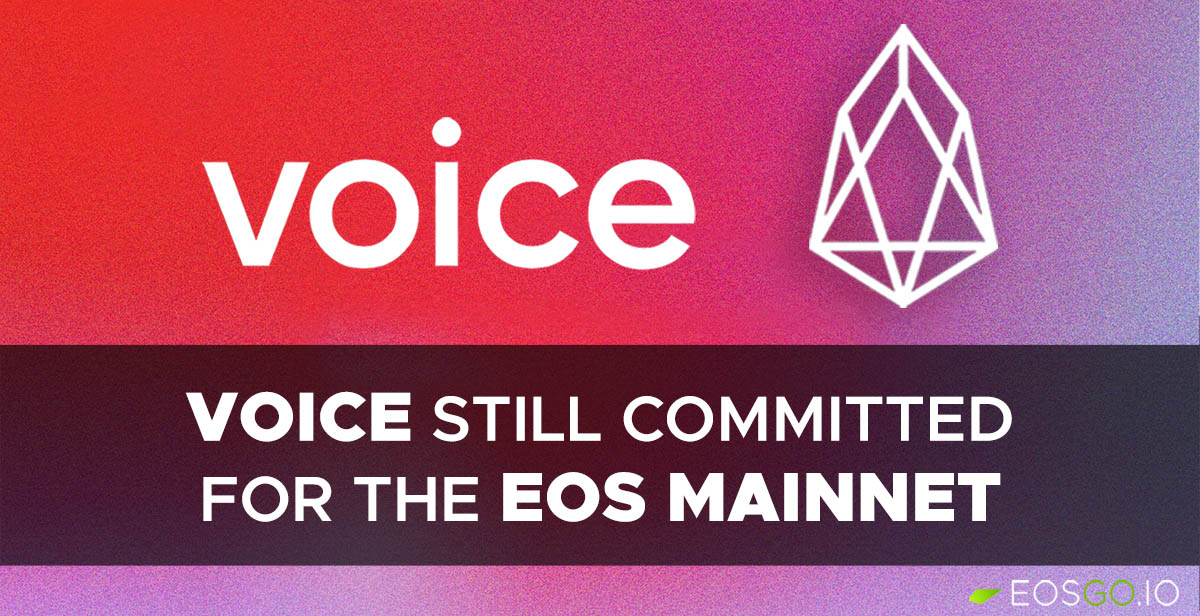 Since before its release Voice claimed to be deployed on the EOS mainnet, but months after the start of the beta, there was still no news about it. The community asked for more information, to which Voice CEO Salah Zalatimo replied.

"Why Voice platform is still not connected and working on EOS Mainnet?"

Salah Zalatimo, CEO of Voice, commented the post and explained the reasons why there was still no information about Voice on EOS.

"We have decided to hold back on public announcements regarding our intentions, and instead focus on our accomplishments." 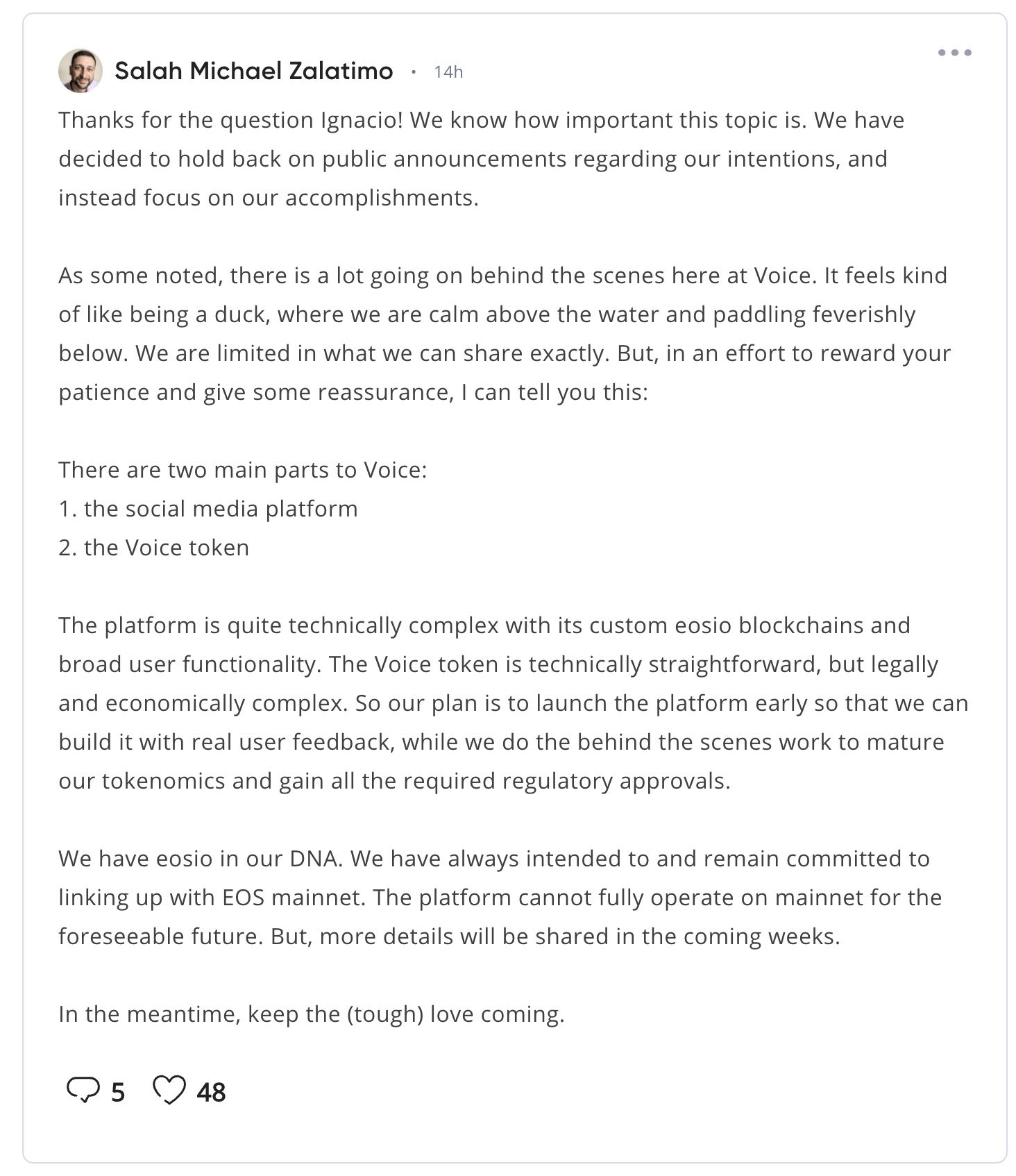 According to the comment, the Voice team is continuing to work behind the scenes to develop the social media platform, and improve it according to the feedback received from all the current beta testers.

Basically there are two major areas of development: 1. The social media platform 2. the Voice token

The first one is difficult to develop from a technical point of view, and at the moment it uses completely private EOSIO blockchains. The second is simpler from a technical point of view, but legally and economically complex. For this reason, at the moment they are dedicating more time to the development of the platform, in order to attract more users and improve the user experience. In the meantime they will also improve VOICE tokenomics and gain all the required regulatory approvals.

He also said that they have always been committed to launch voice on the EOS mainnet, and they will do so in the future, even if in the short term it is not possible to fully operate the platform only on the mainnet.

But they should release more information soon.

The Clarion team will meet with Dan to discuss the upcoming developments of EOS, EdenOS and Clarion. The first smart co...