Uncovering The Shareholder Behind Block.One 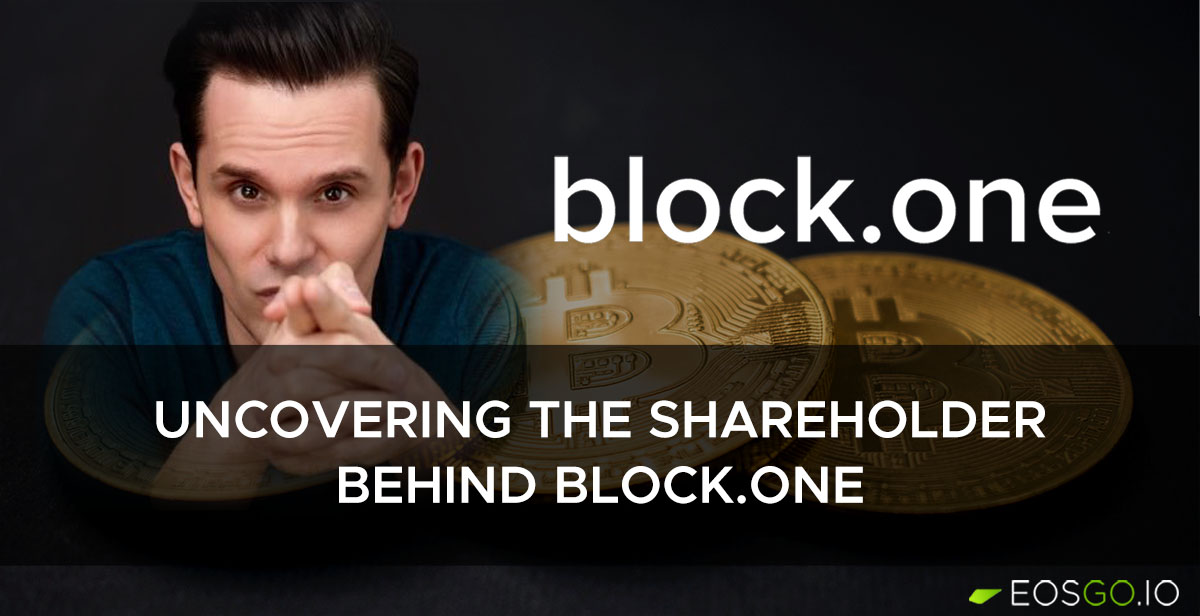 Recently, a Korean EOS fan named 서리 discovered one of Block.Ones's shareholders by analyzing Colin's tweet the other day, taking the 240,000 BTC as a clue. Let's take a look at this interesting crime solving process!

Click here to read the original article in Korean

The translation is as follows.

In Collin's tweet, we discovered that Block.One own 240,000 bitcoins.

What was known before was is that Block.one had 140,000 bitcoins, but recently Brendan suggested that they had more and said they are testing ProFi service internally using #EOS hashtag.

Go back to Collin's tweet and see where the information about BTC's 240,000 holdings came from.

Looking at the thread, Cryptohypo (Voice User) says that the person tagged @C_Angermayer is a shareholder of Block One, and that Block One had more than 240,000 BTC in a German podcast on the 18th. 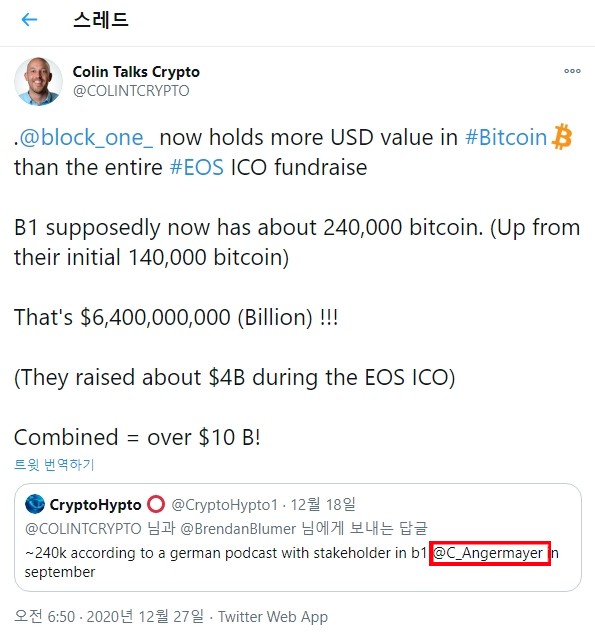 Following this lead, we went to Twitter and found Christiam Engelmeyer. 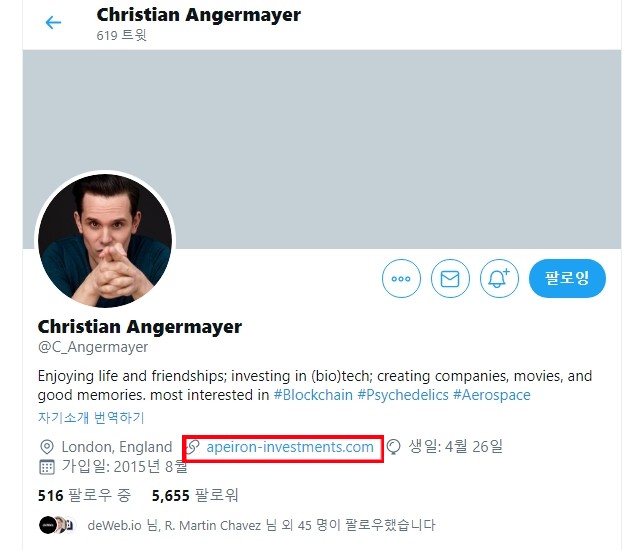 Christiam Engelmeyer is known to be a Block.one shareholder and he visited the Block.one office in Virginia last year before the b1 June event and left the following tweet. In other words, he can call himself a Block.one insider and investor. 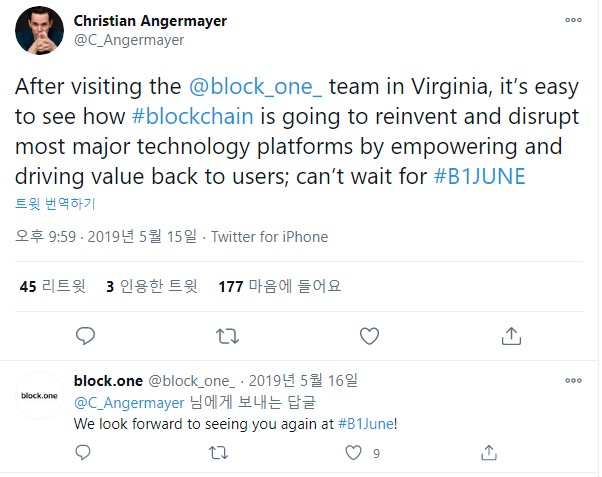 After getting this bit of information, let's check if this person is a real shareholder of Block.one. First, let's go to his European Investment Company website.

As a European company, it invests in several sectors, but you can confirm that it is investing in the blockchain industry, especially through its subsidiary in the crypto industry https://cryptology-ag.com/. 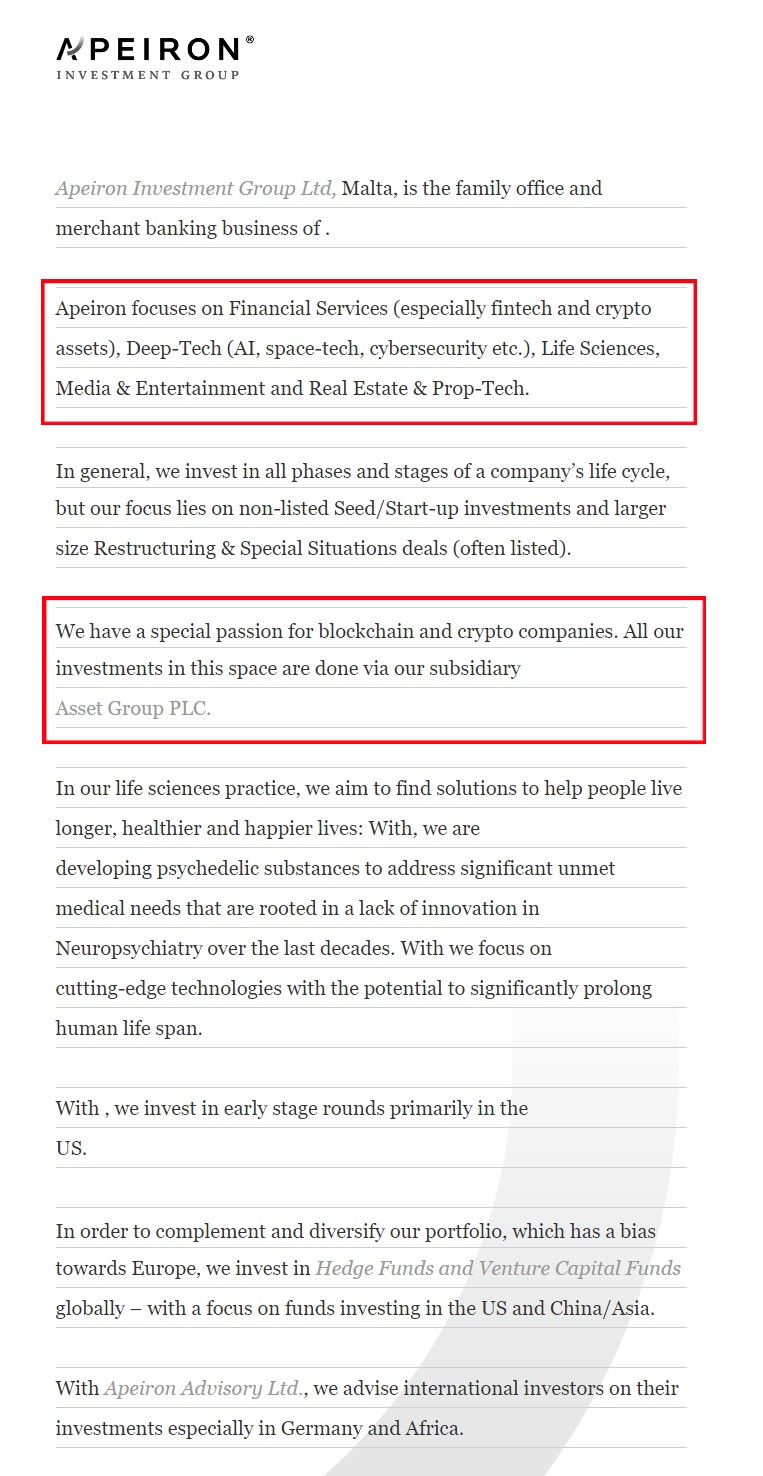 Following the trail, let's go to Cryptology again. i checked the team and found the friend Christiam Engelmeyer in the consulting section and you can also see the familiar Mike Novogratz. 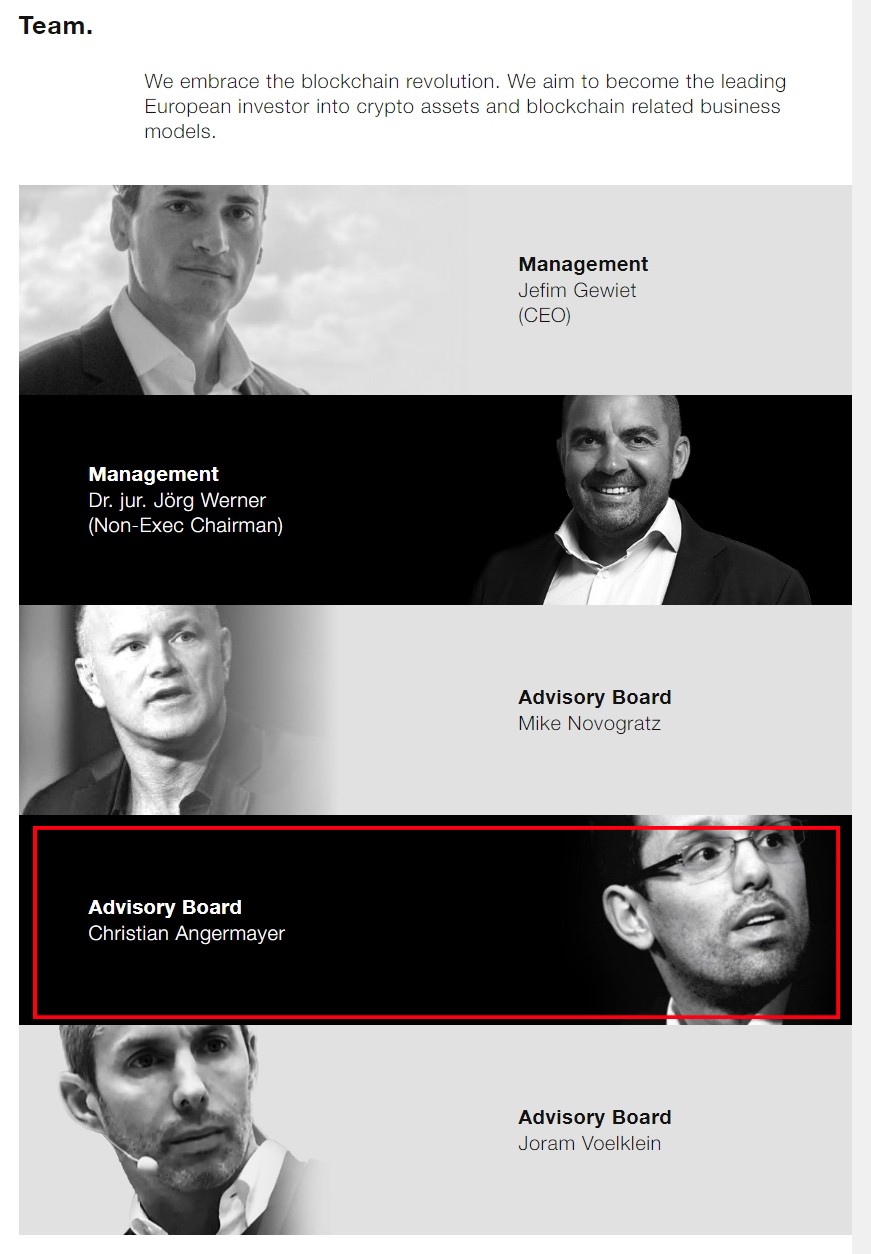 Next, let's look at the portfolio and we can find Block.one listed. 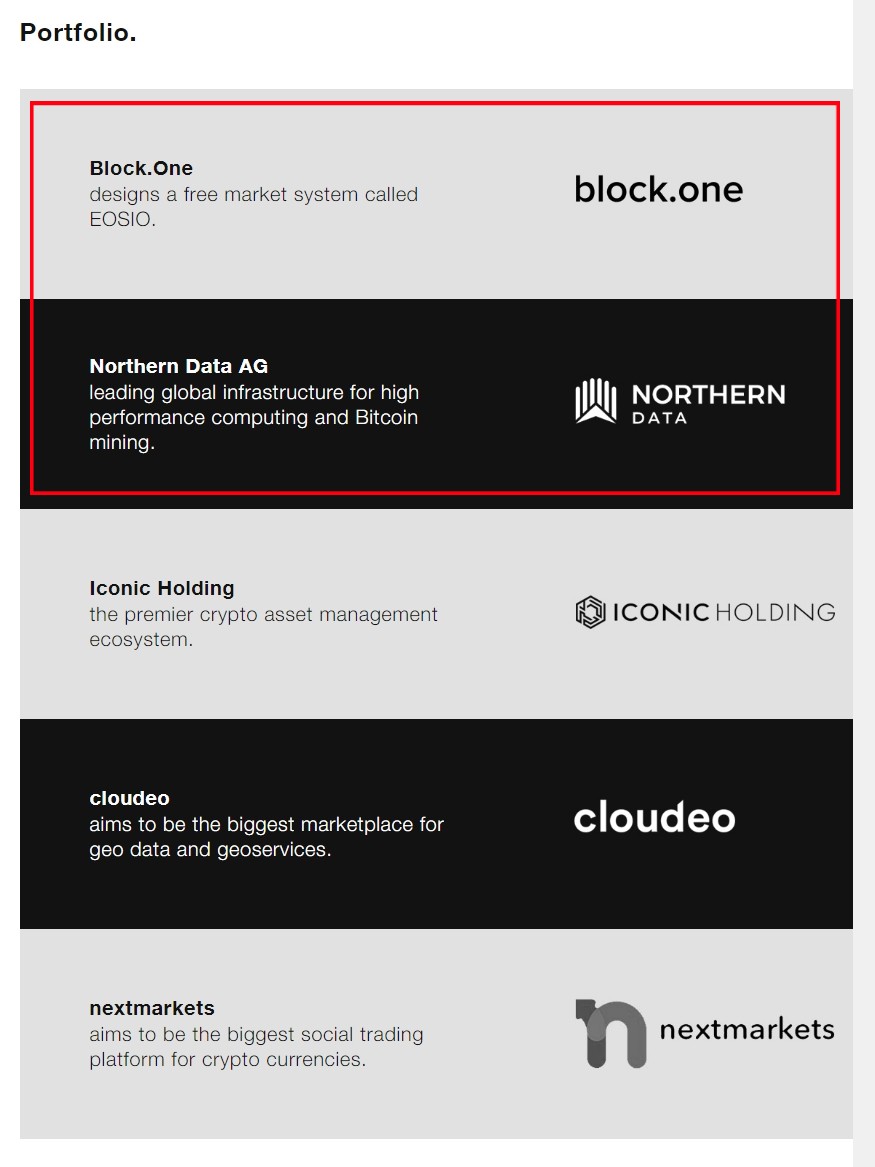 Notable is another company called NORTHERN DATA. Prior to that, on July 3, 2020, the company announced a strategic partnership with Block.one and signed a Bitcoin mining contract through 180 megawatts of computing resources, which was later expanded to 300 MW. This news provided a clue to Block.one's involvement in EOSIO and Bitcoin mining, so we found another Company Investment Summary released by the company in March 2020. 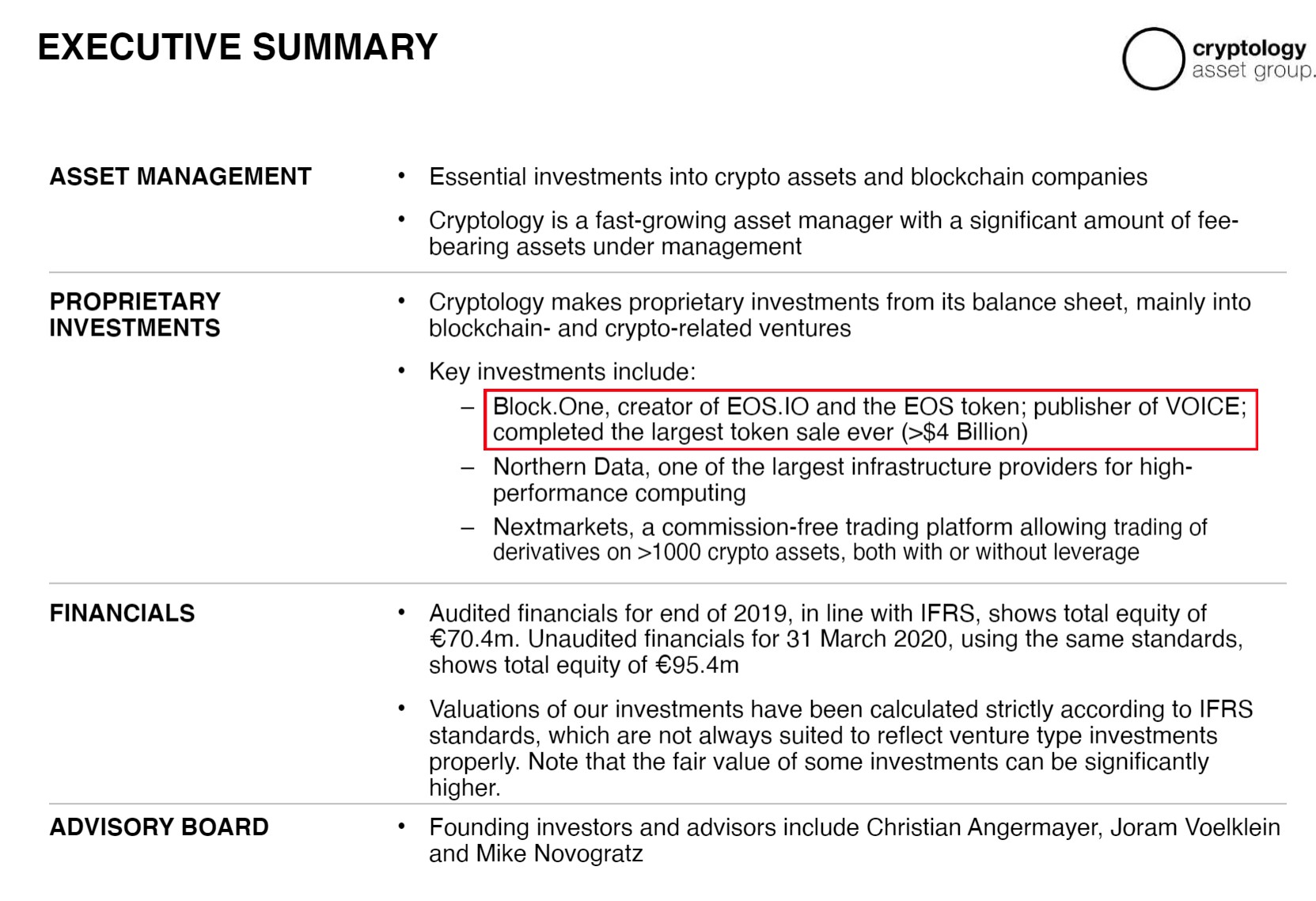 Block One was introduced as the creator of EOSIO and EOS tokens, and announced as the issuer of Voice. And, as you know, it is a company that completed a $4 billion ICO.

Let's go back to the back for a more detailed explanation. 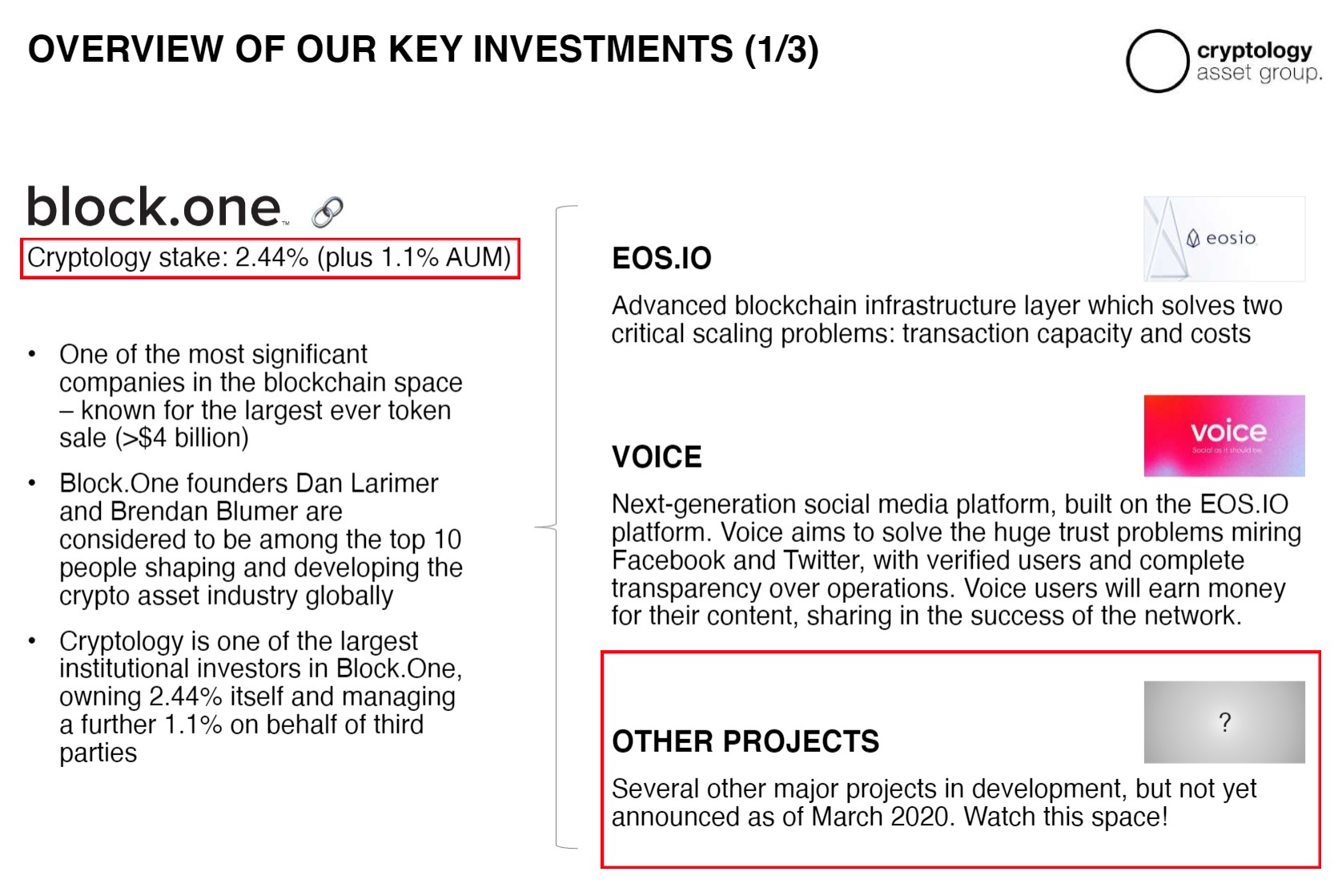 And here's the interesting part: Block.one has several major products in development, and there was something that couldn't be released in March 2020. What is it?

While I'm on the Cryptology website, let's take a look at more material. Who owns Cryptology? I'm curious about it. 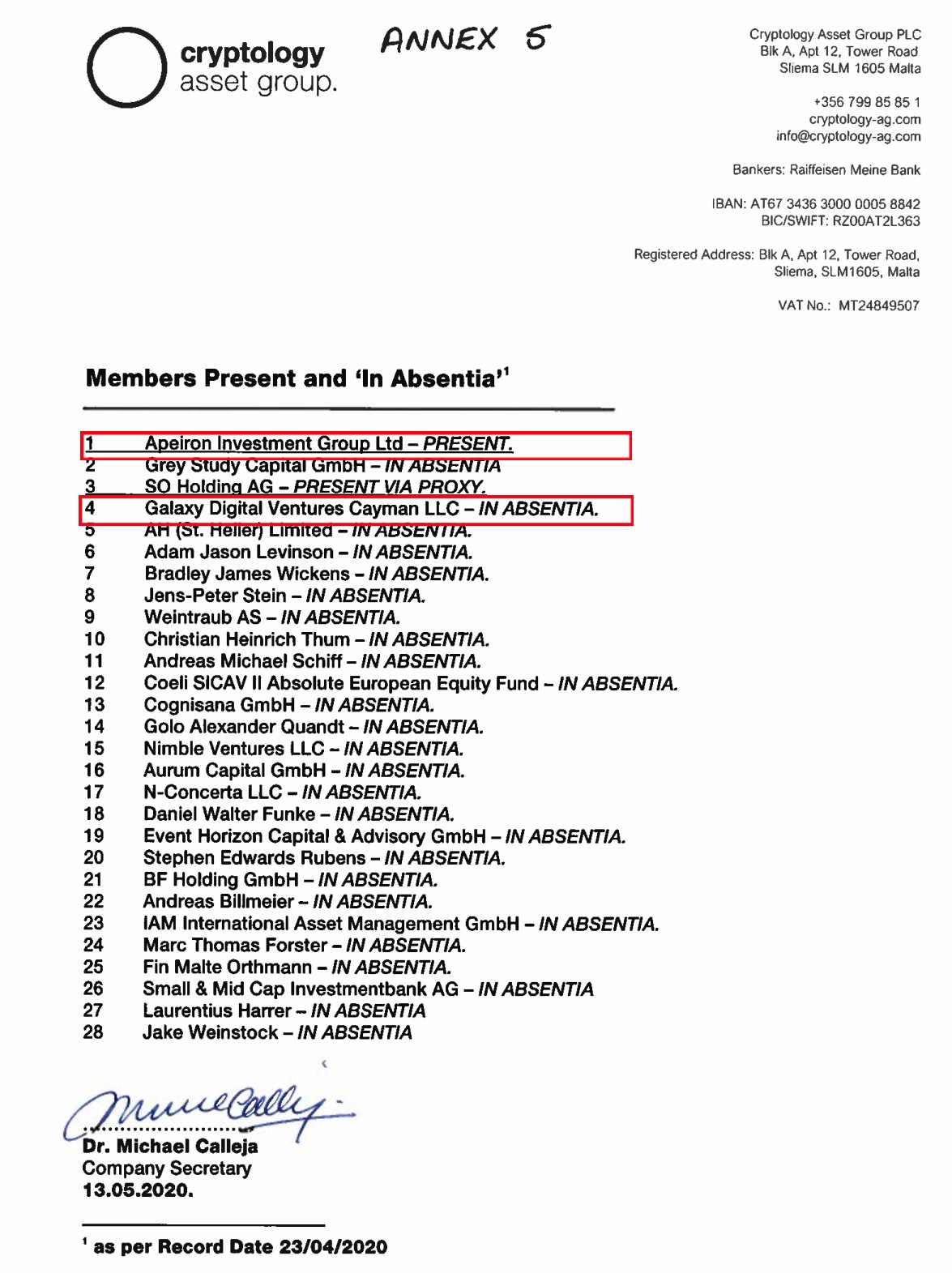 We can see Christian's investment firm APEIRON Group, but also Galaxy Digital VC, a Novograz investment company, owns a 7% stake in Cryptology. Thus, Novograz also has an indirect investment in Block.one through Cryptology.

Retracting our thoughts, let's go back to Christian's Twitter feed: this man is not only a shareholder of Block.one, but also a holder of EOS tokens.

As a shareholder, Christian must have a good understanding of Block.one's business plan, so he knows that Block.one has over 240,000 bitcoins.

We also found out that this friend also posted tweets about Google Cloud's involvement in the EOS node, in which he said he was an early investor in Block.one. 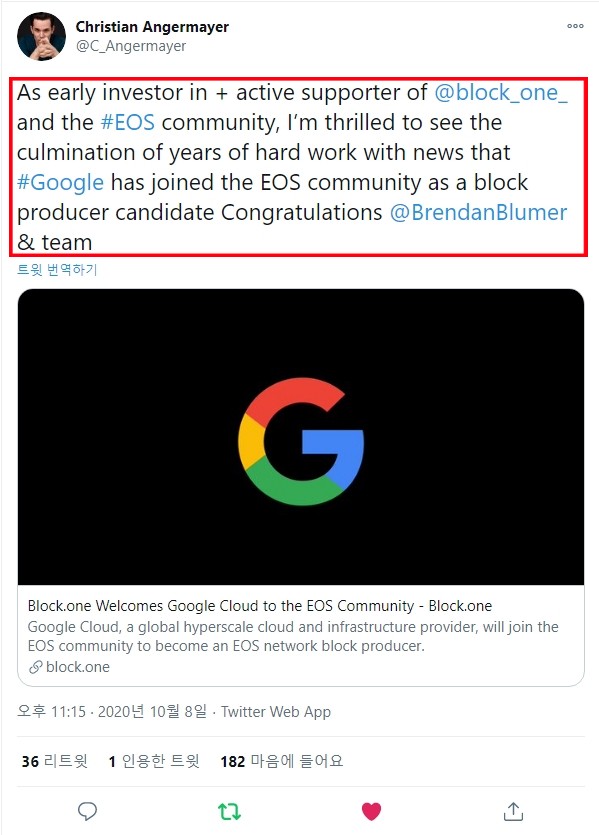 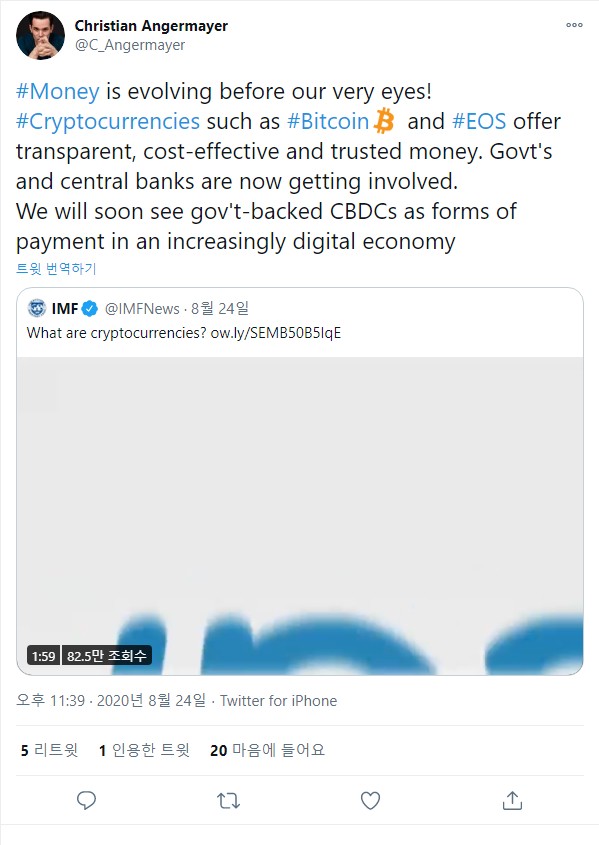 Now, let's organize all the above information.

Christiam Engelmeyer is one of the shareholders who can closely monitor all the actions of Block.one. He is also an avid supporter of EOS. I can't think of an answer as to why he still has faith in EOS, other than the fact that EOS is really good. Moreover, he is also a shareholder of a Bitcoin mining company that Block.One has entered into a collaboration for Bitcoin mining, and Mike Novograz could be aware of all these facts.

ITAM Games also joins the list of dApps that move from EOS to WAX, after announcing the transition of its entire mobile...

The past week has been different compared to other weeks in the last three month, potentially signaling a recovery phas...