Daniel Larimer Announces ƒractally - a Next Generation of DAOs 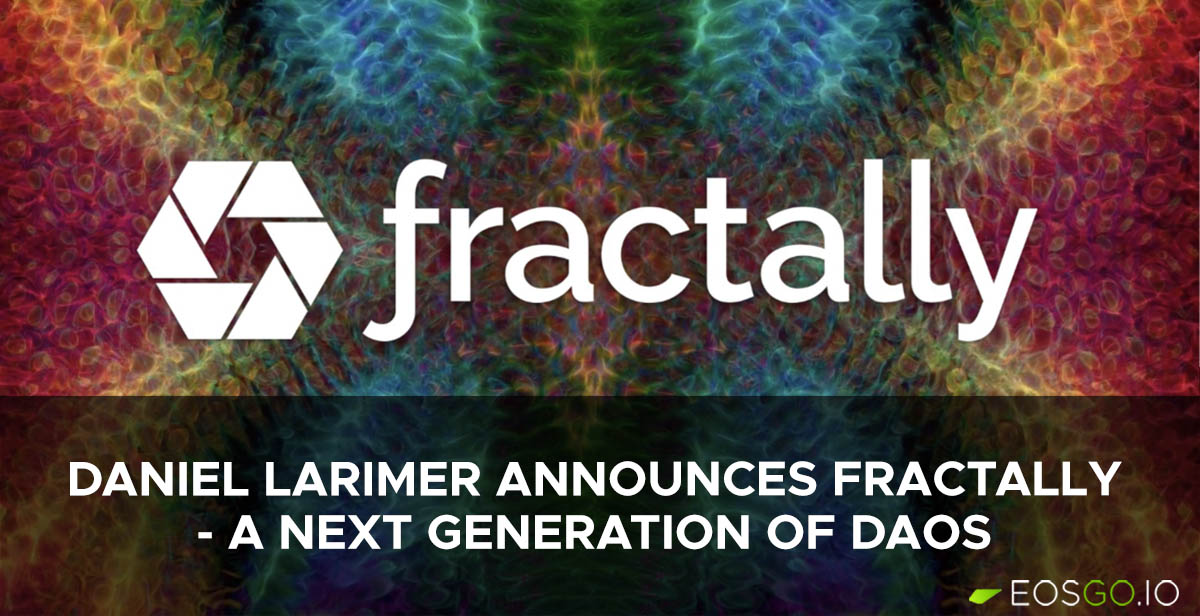 Yesterday, Daniel Larimer (EOS/IO architect) announced ƒractally – a platform he considers to be the next generation of DAOs (Decentralized Autonomous Organizations), rebranding it from what was called ClarionOS. ƒractally will combine a decentralized exchange, a social media platform, and a high-performance smart contract platform with fractal democracy – all powered by blockchain.

This vision for a fractal democracy, he says, was brought together by all the lessons he learned from his first two blockchains (BitShares and Steem/Hive). Interestingly enough, both BitShares and Hive have gone on to become market leaders in their own rights.From lessons learned from BitShares; Dan plans to produce a DeFi app for EOS that is just as high performing as BitShares, even easier to use, and incorporates more recent advancements in automated market makers (AMMs).

From lessons learned from Steem/Hive; ƒractally will still integrate Hive’s model of incentivized content creation but will apply more competent systems to mitigate the abuse of this model, using the knowledge acquired from the fractal governance process of Eden.

The team behind ƒractally, which is made up of the original developers of EOSIO, is now also responsible for maintaining Mandel (a community-driven fork of EOSIO). This suggests that the Mandel fork will begin to diverge from the original EOSIO codebase as it is molded to best fit the needs of all the new applications built by the team.

ƒractally will host a special event to unveil their white paper on the 2nd of Feb 2022 (advertised as 2.22.22 at 22:22:22 UTC) which just happens to be on a “Twosday”. The public expects to learn more about the platforms ƒractally plans to produce, how they’ll work, and timelines of their launch.

EOS Nation, one of the top 21 Block Producers on the EOS mainnet, released a statement announcing that it will complete...