This Week: EOS Is on The Rise 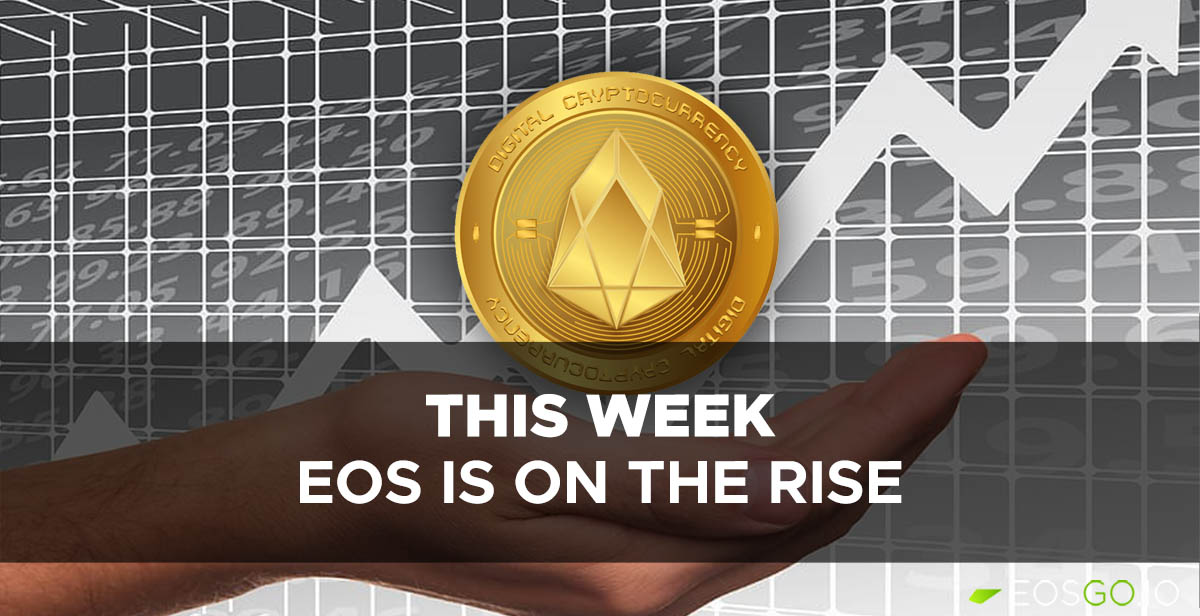 In what seems to be a snowballing effect - weeks, months, and years of pent-up energy is steadily revealing itself in the present time. Recent bullish developments are also adding fuel to EOS’ outperformance in the market as the cryptocurrency has managed to see price increases while the general market looks bearish.

Last week, EOS had taken a break from its 3-week rally as the market took a bearish turn, but news of the upcoming EOS EVM launch has piqued strong interest in the industry. On Thursday, the EOS Network Foundation announced the launch of the much anticipated EOS EVM on Jungle Testnet with full Ethereum and RPC compatibility. Signaling the approaching date when Solidity (Ethereum, Binance Smart Chain, etc.) developers will be able to build and/or port their dApps on a much faster and cheaper blockchain.

“One of the most requested features by the EOS community over recent years has been to make it EVM compatible as a way to attract and onboard new developers, dApps, and end users to EOS by enabling all of the existing Solidity based contracts, tooling, SDKs, and code libraries to be interoperable with EOS.” - EOS Network Foundation (ENF)

The ENF also presented its Q1 report this week; showcasing all the work its done the past three months and the progress they’ve made, including the establishment of three additional Working Groups: Yield+, Recover+, and EOSIO+. As well as the expansion of EVM+ (also established in Q1) to include an EOS EVM Product Team which will focus on developing business cases such as the economics, marketing, and onboarding strategies for the EOS EVM. To fulfill all of its network responsibilities - from Core Code Development, to Marketing & Design, and the Grants programme etc. - the ENF spent a total of $5,020,485 for the first quarter.

Yesterday also saw EOS overcome last week’s dip in spectacular fashion by setting a new 10-day high, as reported by Bitcoin.com. These moves not only resulted in EOS re-entering the Top 50 on CoinMarketCap but jumped four spots to sit in 47th place. But still room for catching up as it is far from reaching its rightful place in the top 5, a spot it occupied back in 2018.

“EOS climbs to a 10-day high… among big gainers on Easter Weekend.”

As of writing EOS is currently trading at $2.61 (up from $2.40 last week) with $668 million in daily trading volume and a market cap of $2,561,477,110. An impressive performance, especially when considering the majority of the marketing is experiencing losses for the last 7 days.

Recently various Block.One sources seemed to give us some clues about a possible new Block.One venture, focused on Prog...

Block.One continues the journey towards the release of the new proposed resource model for EOS, now renamed as the EOS ...