This Week: EOS Is Building The Future Of Blockchain 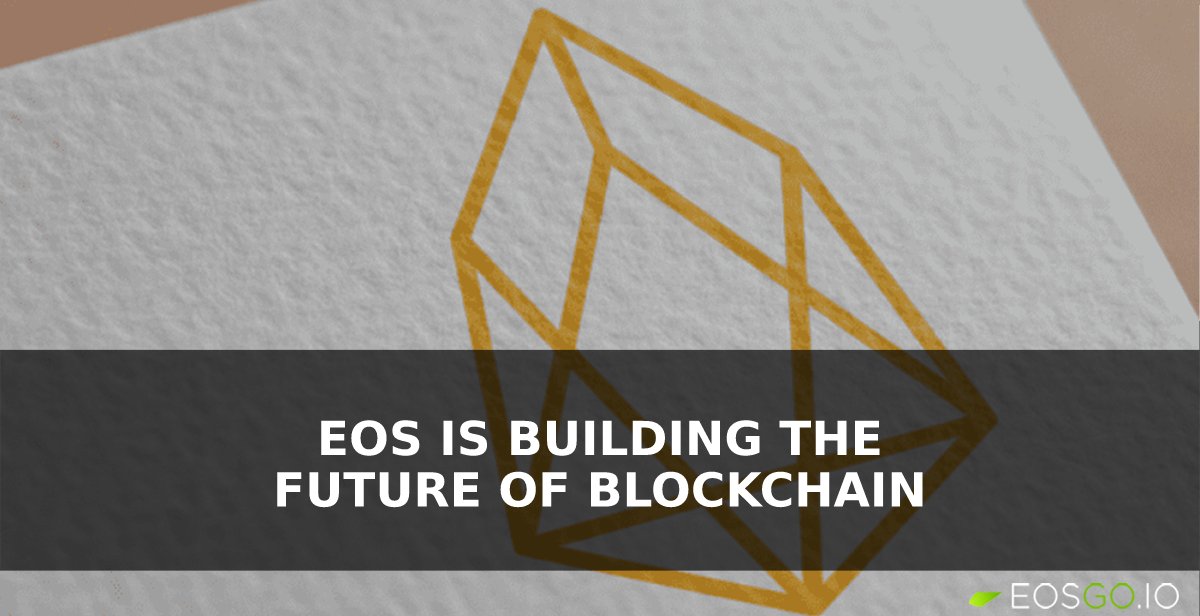 The EOS ecosystem has, for a long time now, been a leader in blockchain innovation. It was the first to introduce the highly efficient DPoS consensus mechanism, with fast and feeless transactions. For years it has been ranked first in the blockchain industry by the China Electronics and Information Industry Development Institute (CCID Research Institute), recognizing its superiority in basic tech and creativity.

Following the community’s takeover of the network, and the EOS Network Foundation’s efforts to revitalize its ecosystem, EOS is gaining attention as a viable solution to many of the industry’s shortcomings. This also comes at a time when developers are presented with increasing opportunities within the EOS ecosystem.

Announced on Twitter this week, the EOS Network Foundation (ENF) has published a Program and Operations Health Report which gives the blockchain community an insight into the operations of the ENF. This adds yet another layer of transparency for the community-centric Foundation, which is something that is rare in the blockchain sphere. 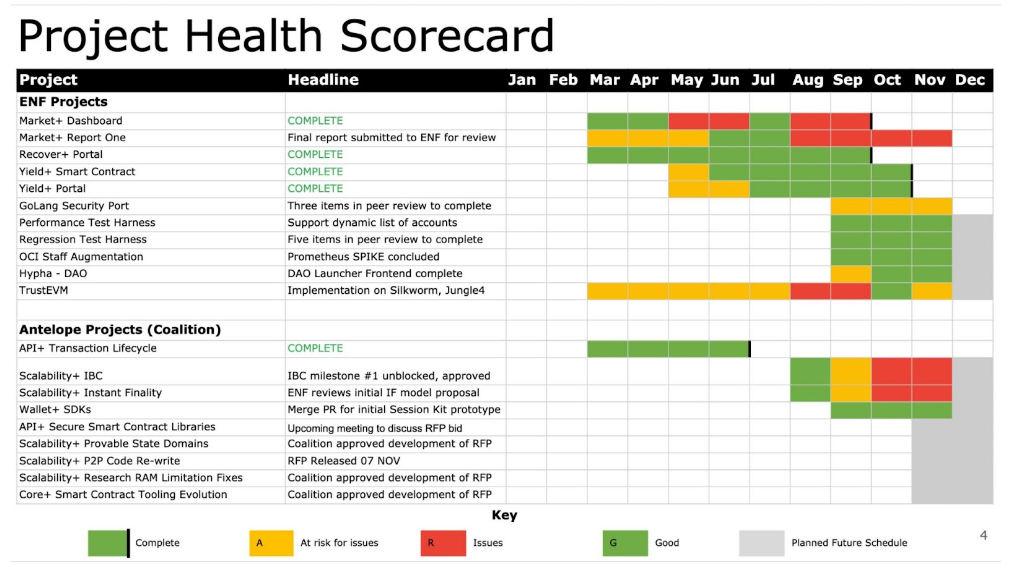 EOS was recently mentioned in a brilliant article on the Nasdaq website discussing the rocky year the cryptocurrency ecosystem has had and its effects on decentralized finance. The article highlights hacks and exploits as the biggest downfalls to DeFi; having cost the space nearly $3 billion this year alone.

Vice President of Communications at the ENF, Zack Gall, shared his insight on the DeFi ecosystem and provided possible solutions to its current vulnerabilities. The author goes on to quote Zack stating how ‘EOS is combining a risk mitigation system with a liquidity incentive program to essentially provide an insurance layer for our DeFi ecosystem’.

A feature about EOS’ DeFi exploits couldn’t have come at a better time as just a couple days ago the ENF’s Recover+ initiative (EOS’ insurance layer) managed to freeze stolen EOS token funds from a $70 million DeFi protocol hack. By implementing the ‘EOS Solution’ the DeFi ecosystem would mitigate the loss of billions of dollars of users' funds. 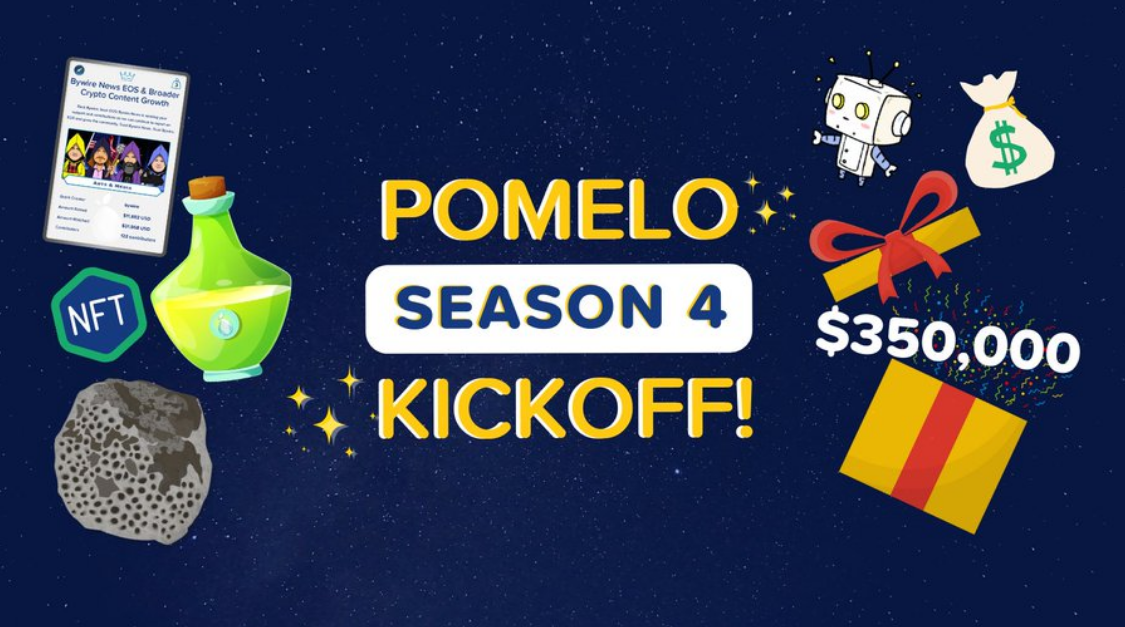 Grant submissions for Pomelo Grants Season 4 are open until December 7, next month. Public goods projects on EOS will once again have the opportunity of getting funding from the community to help cover operation costs and to further their project goals.

Coming off a successful Season 3 that saw a record-breaking 172 grants gain approval and share in the almost half a million dollars matching pool, Season 4 also looks to put on a strong showing despite the bearish crypto market. The ENF has already committed $350,000 towards this season’s matching pool.

EOS token holders will decide on which projects get a portion of the matching pool and how it is distributed. Essentially, the EOS community gets to shape its ecosystem in real-time and help make it as formidable as possible through Pomelo’s quadratic funding process.

The latest Leap EOS Node Operator Roundtable Meeting shared a lot about the network’s technical developments and provided updates on ongoing projects. The main focus of discussion was on Net plugin improvements which deals with the peering of nodes, in other words, peer-to-peer synchronization.

Net plugin improvements will likely introduce a net plugin block buffer for better management of state for net plugin. Also the introduction of peer node ratings to easily evaluate the quality of peer connections; by identifying problematic peers and eliminating them from the peer list. These improvements will lead to better stability and configurability around P2P syncing processes which will make connecting to the network easier for node operators.

On another update, it has been announced that the final release of Leap 3.2 should be expected within the week. Node operators will not be forced to upgrade to this latest upgrade as it won’t be a forking event. Node operators can upgrade their nodes whenever they can without fear of going out of sync with the network or other nodes that upgrade to Leap 3.2 ahead of them.

As of writing EOS is trading at $0.85 (down from last week’s price of $0.87). It is currently doing $143 million in daily trading volume with a market cap of $918,246,021. It has also dropped one spot to 44th position by market cap rankings. All stats are based on CoinMarketCap data.

● Experts are Readying for a DeFi Comeback after a Terrible 2022

Novusphere recently announced the new versions of their discussion website: Discussions 2.0. This will be the biggest u...