This Week: EOS Holding Steady In A Rocky Market 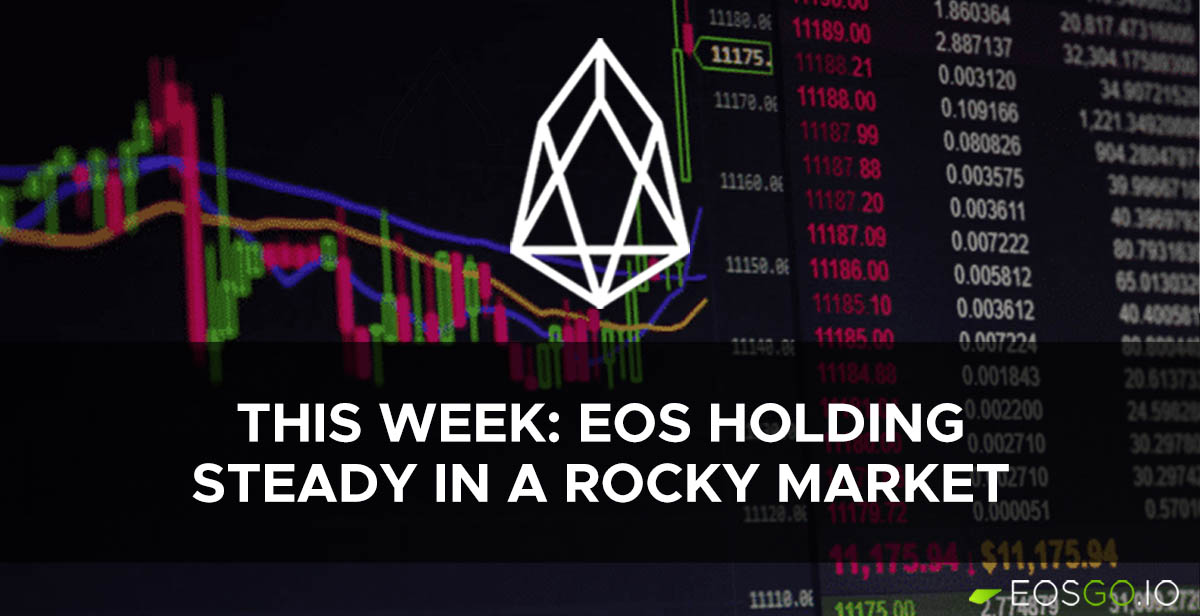 The past week has been different compared to other weeks in the last three month, potentially signaling a recovery phase following the Luna saga and the ensuing market crash. Usually the market always moves in tandem with Bitcoin, for the most part, where everything else mirrors its movements up or down. This week tells a different story. Half the cryptocurrencies in the top 100 on CoinMarketCap are showing gains over the last 7 days, while the other half are on the losing side.

This might be a sign of money moving from less fundamentally secure projects to the more secure ones, as this (bearish market) is the time when most investors are doing extensive research to be able to bet on projects they believe will lead the next bull run. Where Bitcoin and Ethereum are up 2.23% and 0.22% in the last 7 days respectively, and Solana down 8.71% due to network uncertainties; EOS is competitively up 1.72%. Ongoing EOS developments are likely the catalyst for its steady progress on the market.

Trust EVM, which is the new Ethereum Virtual Machine based on EOS, made an announcement earlier this week that it’s opened a Discord for all developers to stay tuned on future announcements, support, events, and project partnership.

This signals not only progress on what will soon become the best performing EVM on the market upon launch in September, but hints at a whole lot more initiatives that’ll be undertaken to promote the project in the industry. Details of its logo and branding value and strategies have also been published this week.

More bullish news came the way of the ENF in their announcement that they’ve acquired the services of Nathan James, one of EOS/IO’s top developers. This move will see Nathan take the role of Director of Developer Relations for the ENF where he’ll be leading the charge for the Foundation’s direct efforts in increasing development activity within the EOS ecosystem.

Developer relations and collaboration within the wider EOSIO ecosystem is one the most valuable areas for the growth of all its participants and Nathan is very much familiar with most of the EOSIO networks. As the developer of EOS’ first ever wallet and a blockchain developer for Ultra, his experience will lead to exciting developments for the ecosystem. Especially when taking into consideration the newly formed EOSIO coalition.

● ENF Secures a Major Win for Developers on EOS!

In 2017, when a community member asked Daniel Larimer why is EOS better than ETH. His response was: > EOS can run ETH ...

For the second year in a row, Cypherglass has organized one of the most popular events in the community, the HallowEOS ...