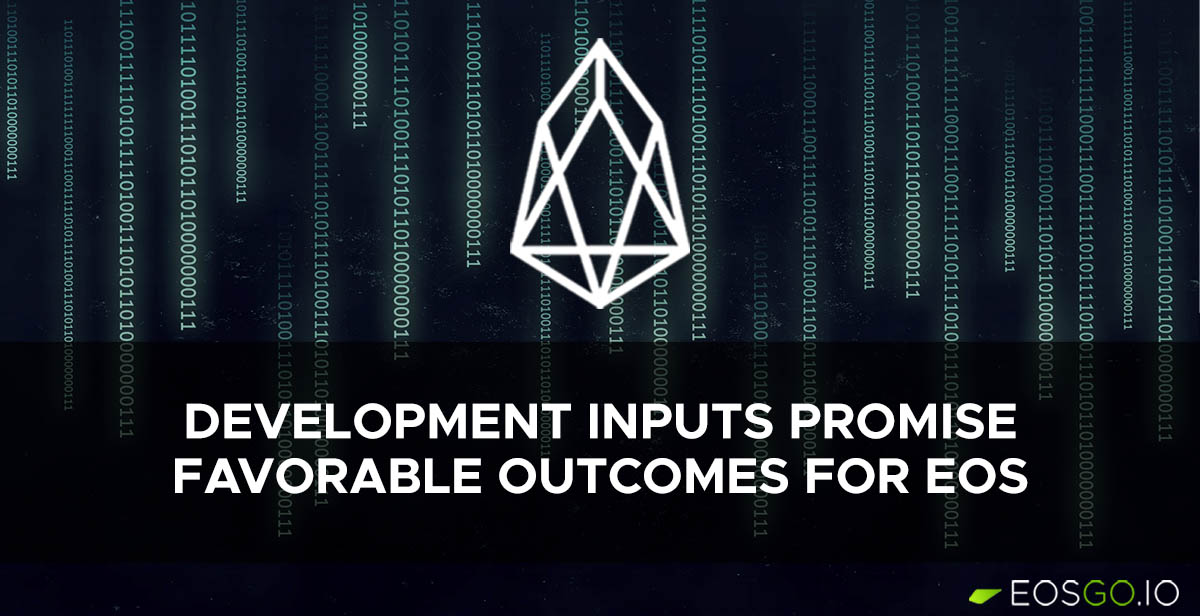 There’s never a dull week in the EOS ecosystem, especially when it comes to the developments that are currently ongoing. As one development reaches its conclusive outcome, another begins its journey towards building a better ecosystem. 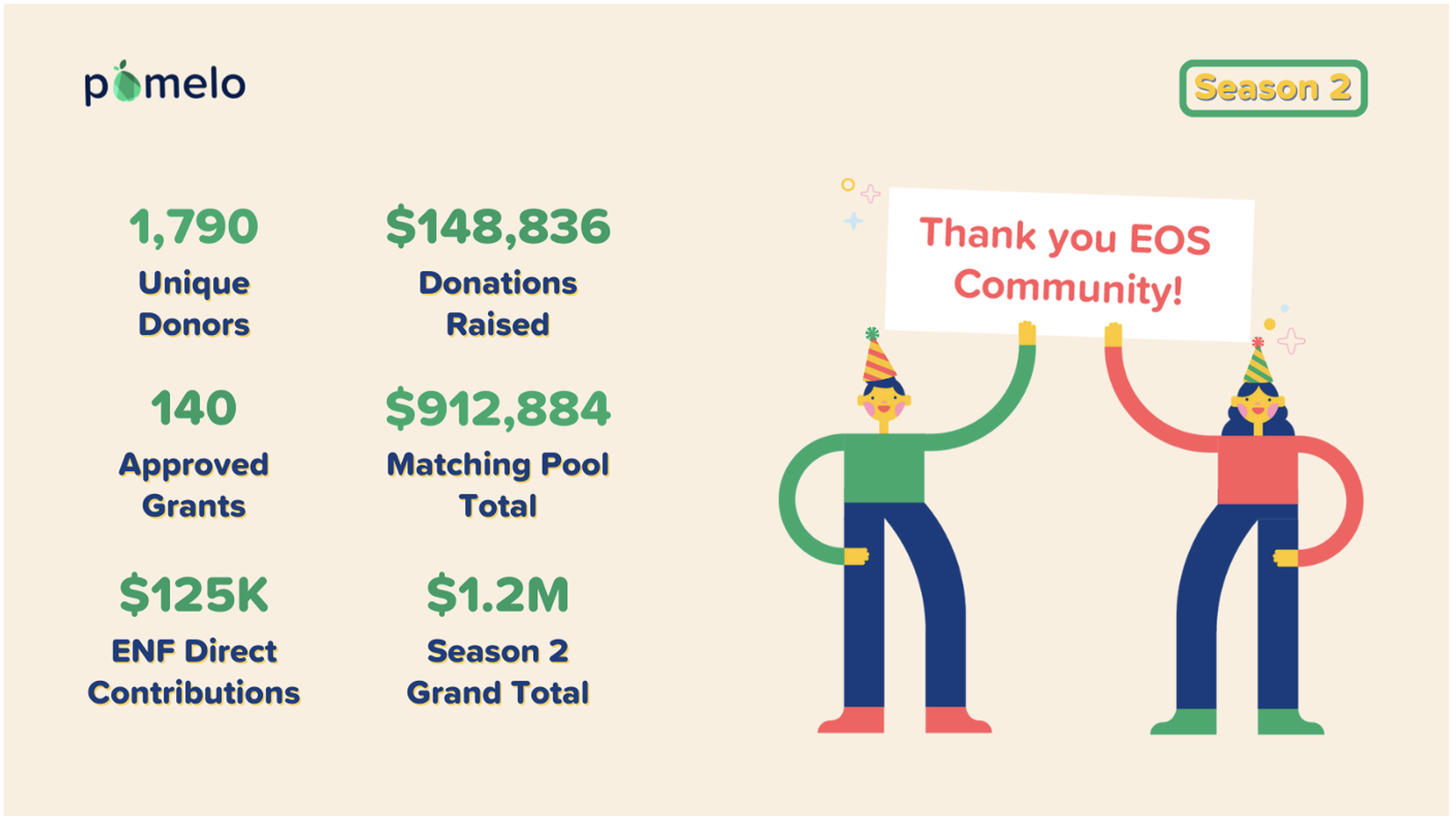 Season 2 of Pomelo Grants has concluded with all approved grant recipients now able to claim their Pomelo matching funds. This has been yet another successful season for the initiative that aims to bolster EOS dApp activity within the EOS ecosystem through its crowdfunding mechanism. Season 2 saw the number of approved grants increase by nearly double compared to the previous season, and the number of contributions and unique donors grow by 50%, more or less.

Since its inception, Pomelo has provided $1,830,578 in funding to a total of 218 approved grants. 37 of the approved grants received an additional $125,000 in direct grant contributions from the EOS Network Foundation (ENF).

The latest report from the coalition between EOSIO-based blockchains (EOS, Telos, WAX, and UX Network) describes that of the more than 80 development proposals made by the ENF funded Working Groups, a ranked list of 22 priority items has now been set. During the Coalition’s May 19th meeting, representatives from all four blockchains voted unanimously to approve the Wallet SDK and Faster Finality request for proposals (RFPs). At the moment only Greymass and Origin have publicly announced bids for the Wallet SDK and Faster Finality RFPs, respectively. But as was suggested in this week’s EOS Community Weekly Fireside Chat, multiple entities could be challenging for these RFPs. 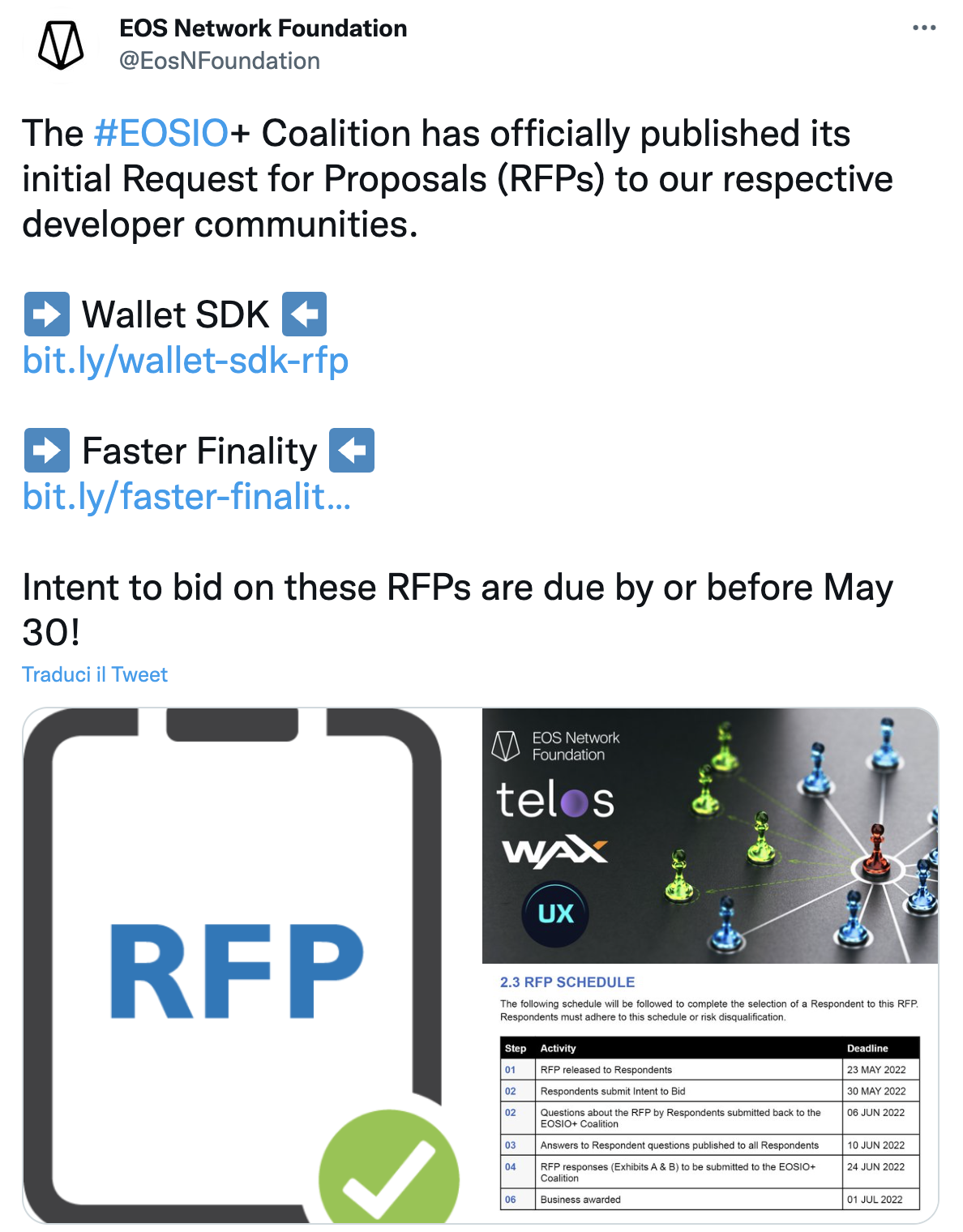 EOSIO’s rebranding has moved much closer this week as the Coalition have selected three distinct names and brand identities to be voted upon during the May 26th Coalition meeting. With their decision to be made public in a couple of weeks so as to give them sufficient time to acquire the associated domains and other IP.

Perhaps in what was the most exciting news of the week, the publishing of the Yield+ Blue Paper, it revealed a proposal for the funding of a Liquidity Rewards Program for EOS. The aim of the program is to incentivize dApps to provide liquidity to the EOS network in return for daily rewards.

“Yield+ proposes a custom Liquidity Rewards Program for the EOS Network. Its goal is to adapt and improve upon existing programs to benefit the EOS DeFi ecosystem as a whole, bring more activity on-chain, and increase earning opportunities for users.” - EOS Network Foundation

Once approved and funded this program will make EOS a strong competitor in the DeFi space, a realm that is considered by many in the industry as the driving force of economic growth for blockchain ecosystems.

As of writing EOS is currently trading at $1.26 (down from $1.36 last week) with $219 million in daily trading volume and a market cap of $1,236,065,989. This sees EOS maintain its 45th position from the previous week. However, its market performance has brought it closer to the 44th position which it seems on track to reach in the next week. Stats are based on CoinMarketCap data.

There has been a lot of turmoil in recent days due to the huge increase in GameStop (GME) stock price caused by a group...

Decentralized blockchain technology has been around for thirteen years now and it has seen incredible advancements in i...