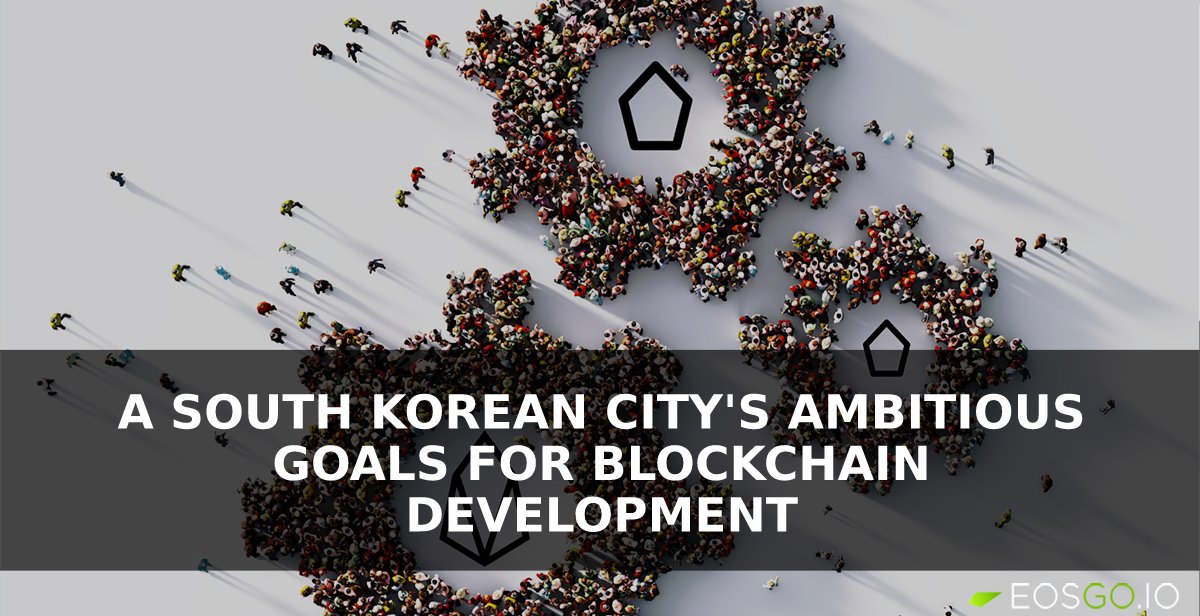 A recent press release by the EOS Network Foundation (ENF) announced a major partnership with the Busan Metropolitan City government, along with various other venture capital (VC) companies.

In its ambitious goals to become a global digital finance hub the Busan government has signed a memorandum of understanding (MoU) with the EOS Network Foundation, and VC companies - AlphaNonce, CoinNess, Foresight Ventures, OKX Blockdream Ventures, and Ragnar Capital Management to establish the Venture Capital Alliance of Busan Blockchain (VCABB).

This venture capital alliance has $700 million in collective assets under management (AUM), and will focus on investing in blockchain startups that contribute towards the development of South Korea’s blockchain ecosystem.

“South Korea is home to a number of world-class VC firms and Web3 startups, and we believe that the creation of the Venture Capital Alliance Busan Blockchain (VCABB) will help accelerate the adoption of blockchain globally. We are committed to working with the city of Busan and our partners to invest in tangible blockchain-related developments that will benefit the city and its stakeholders.” - Yves La Rose (Founder and CEO of the ENF)

Alongside partners such as industry-leading exchange and top EOS Block Producer - OKX, with its Blockdream Ventures, the ENF is in a great position to promote the use of the highly performant EOS blockchain. With over 465 blockchain-related businesses already established in Busan, and more poised to spring up as the ecosystem grows, the ENF now has opportunities to engage with these businesses.

“We are thrilled to be signing this Memorandum of Understanding (MoU) with the city of Busan to help bring EOS and its technology to the forefront. This MoU is a major step forward in our mission to promote the use of EOS blockchain technology.” - Yves La Rose (Founder and CEO of the ENF)

Being a member of this governmentally recognized and endorsed blockchain alliance gives the ENF and its partners several advantages in making investments to support blockchain developments in the city of Busan. This is in addition to the alliance’s plans to build an education center and accelerator program for blockchain startups.

The EOS blockchain will already be considered a reputable technology in South Korea as its underlying protocol was chosen by the South Korean Military Manpower Administration (MMA) to build its own blockchain for launching its decentralized identity system.

It is not yet clear how the ENF will approach promoting the use of EOS blockchain technology in Busan; whether it will be through the role of being a VC, consultant, marketing, etc, or all of the above. As a collective, the Venture Capital Alliance of Busan Blockchain (VCABB) will invest $100 million into blockchain-related companies over the next three years.

As of November 7, Pomelo has opened granting proposals with a matching pool of $500,000 for the EOS Community. Anyone c...