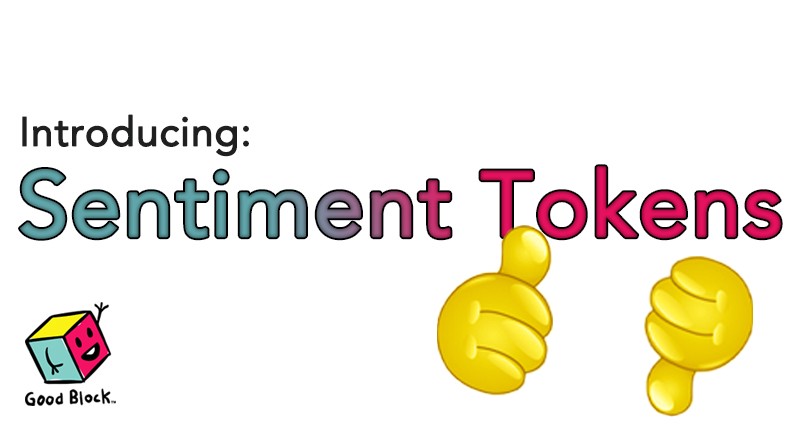 GoodBlock recently announced Sentiment tokens, a new kind of blockchain feature that allows people to express their opinions about other accounts and dapps. Basically, this introduces directly at the blockchain level, a rating system controlled by users through these tokens.

In this way, users can help each other, sending positive opinions to accounts that have proven to be trusted, and instead sending negative opinions to malicious accounts. More or less similar to Karma on Reddit. As this feature is implemented directly at the blockchain level, wallets will be able to warn their users before they interact with accounts with many negative opinions. Thus improves security for every account.

"Sentiment tokens offer a new level of utility to blockchain and offer the ability to greatly enhance the user experience by borrowing popular interactions from social media platforms with new powers that can be unlocked by tokenized economies."

Sentiment Tokens will soon be available on the Telos blockchain.