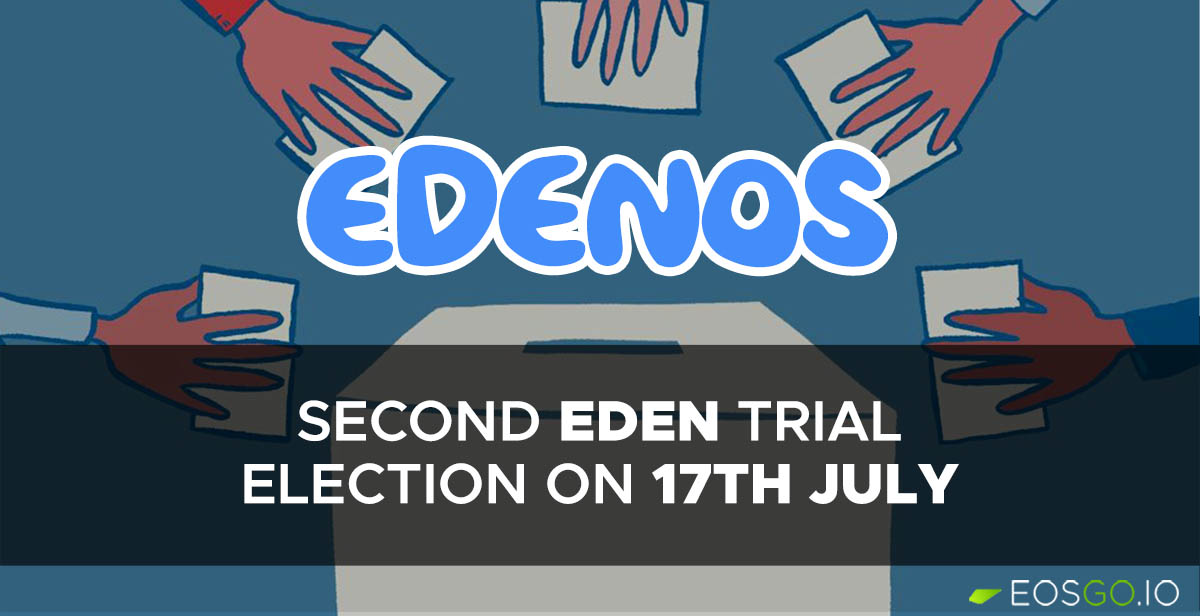 After the success of the first Trial Election, the Eden community organized the second trial election on July 17th. Anyone is free to register until today, July 15th at 23.59 UTC, and the winners will be given 2,500+ EOS to use for the community!

The election will follow in the footsteps of the first mock election, through the methodology conceived by Dan Larimer in his book More Equal Animals, and already explained in some previous EOS Go news.

The participants, currently over 250 registered, will be divided randomly into groups of 4 people. Each member of a group who wants to run for leader, will have to convince the other 3 members of the team and vote for him to advance towards the next round. ach group had to decide in a maximum of 50 minutes via a Zoom call, with a consensus of 2/3+1 (so 3 out of 4 people) who should advance to the next round. The next round will continue following the same methodology with all those who have been elected, until there is only one winner.

Through these simple Trial Elections, anyone in the EOS & Eden community can directly test the potential of this new type of Political Playoff. This brings real value to the community, as leaders can receive funding of over 2,500 EOS to be used for activities promoted during the discussions. With the first Eden Trial Election about 1,000 EOS were distributed, valued at over $10,000, to promote and further develop eospowerup.io. We can't wait to see what other projects will be supported with this second Trial Election.