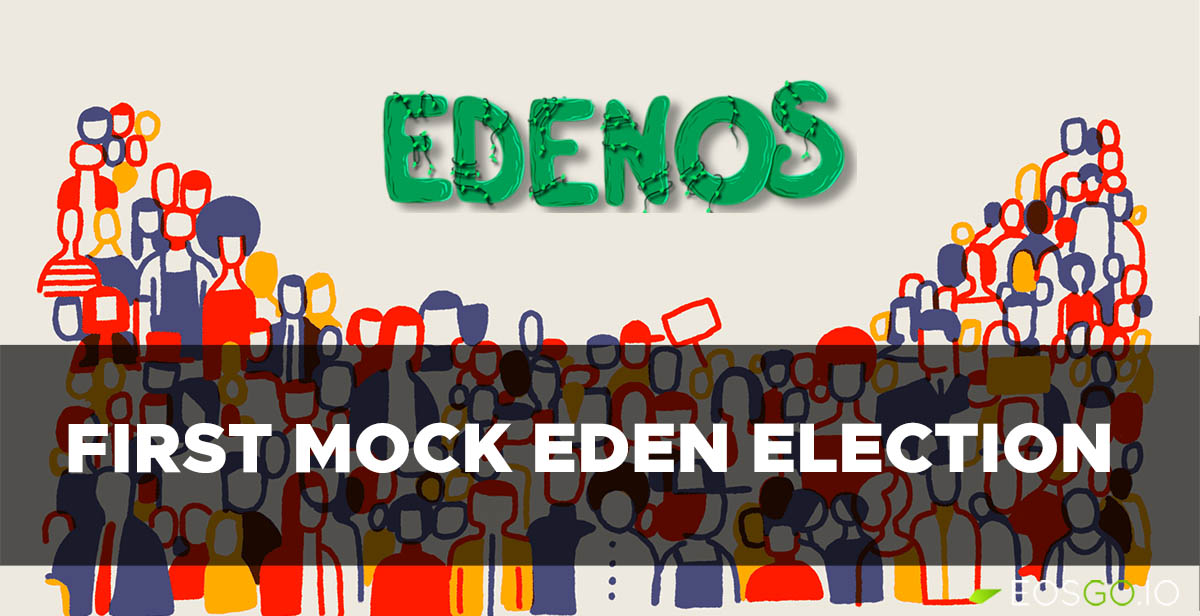 The Eden community recently concluded the first mock Eden election. This sparked the beginning of a potential new innovation for democracy. The winners of this Political Payoff received a prize of 1,000 EOS, valued at over $10,000.

The election followed the methodology conceived by Dan Larimer in his book More Equal Animals, and already explained in some previous EOS Go news.

The election began with 64 participants randomly divided into 16 groups of 4 people. Each group had to decide in a maximum of 50 minutes via a Zoom call, with a consensus of 2/3+1 (so 3 out of 4 people) who should advance to the next round.

Participants apply by laying out their plan to use the 1,000 EOS to be received as a prize, and based on that the group can make their choice.

The process continues until only one winner remains, which in this case was Chris Barnes, the first "Satoshi of Eden".

"Chance in the EdenOS political playoff comes from the random distribution of participants into their respective groups. So had I ended up with other individuals it is highly likely the outcome would have been different. This isn’t to say that I didn’t earn the prize as I did need to come with a plan, and an ability to execute that plan."

For obvious reasons, the plans for using the prize must focus on promoting and supporting the EOS mainnet:

The prize of this first mock election, will be allocated on delivering improvements to the eospowerup.io functionality. Soon, a new integration with Telegram will be released, to improve the user experience even of less advanced users.

EOS Canada recently announced the cessation of its operations as block producers in order to fully focus on dfuse, the ...

Despite being one of the founding block producers, EOS New York hasn't reached the top 21 on the EOS mainnet for a long...