First EdenOS Developments Released by the end of April 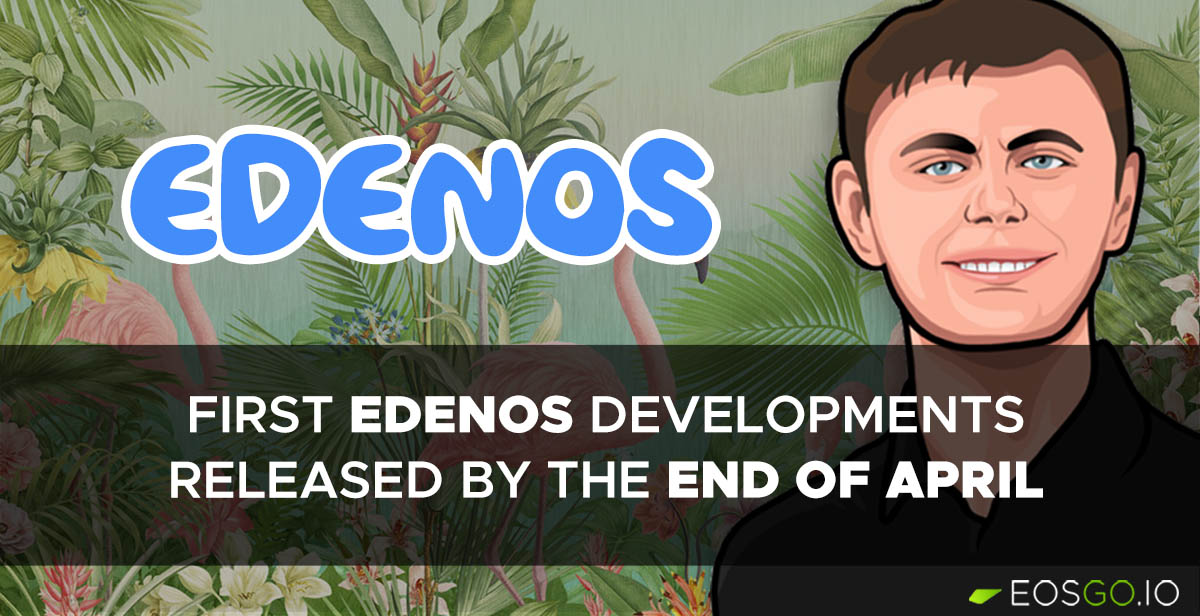 The Clarion team will meet with Dan to discuss the upcoming developments of EOS, EdenOS and Clarion. The first smart contracts for EdenOS may be released as early as the end of the month! What are the other updates?

This information came directly from Dan Larimer in a tweet, while adding that the number of active full time developers has doubled as of today.

Below is a recap of the latest EdenOS Telegram Call thanks to Chris Barnes' Meeting Notes.

Genesis EdenOS members have had their first call. The video will be released publicly soon.

More information on how to become a member

As we already explained in a recent post, to become a member you need to be sponsored by a current member. Then you will need to participate in a recorded call and once accepted you can donate 10 EOS to become a full EdenOS member.

A User Interface will soon be available that will allow members to sponsor other users via the EOS mainnet. Also an example video will be published to better understand what the intro Zoom calls should look like. Hopefully in the future EdenOS will have the funding to develop its own platform and not be dependent on Zoom.

What will be evaluated during the interviews will be how compatible the sponsored member is with the EdenOS culture, and whether they are trusted by their sponsor. In any case there are no subjective guidelines that will be universally enforced.

"People you trust, that you’d want to be your next door neighbour. Invite people who are productive, hardworking, and passionate, and who believe in the value of reaching consensus. The more we control the quality of the people who come in, the better the outcome."

"Want to see the EOS community be independent and self-sustaining to plot its path forward. Ultimate end goal is to coordinate as many people as possible to act in consensus and therefore increase their individual liberty and power."

How the Budget System Works

As explained in a previous post, EdenOS will include a voting system that can select representatives

The election system consists of the following steps:

The budget can be used however the community decides they can. In any case it will be up to the elected members to show transparency. The more they show transparency, the better their reputation will be in future elections.

In case a representative runs away with the budget, they will lose all reputation and even those that invited and admitted this person will be known and may harm their reputation as well.

"If you have a group of 10 with 3 power hungry individuals then that group might not advance (unable to get 2/3+1 votes). So if a bunch of power hungry people get through the first round, the next round will have a lot of these people in a single group so may not advance any further. Don’t invite people that are dominating, harmful or toxic."

The EOS Foundation continues to select projects building on EOS that will receive a $100,000 grant each. Currently 34 p...