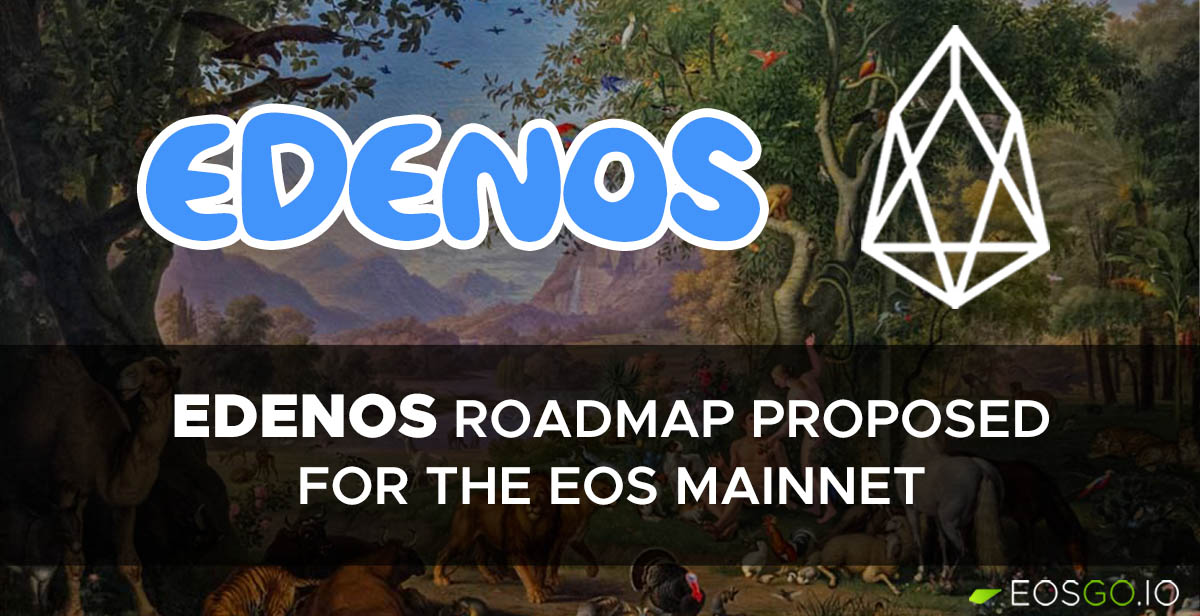 Dan Larimer published his proposal for the EdenOS roadmap, a new governance system designed to make the EOS mainnet "the most decentralized, transparent, democratic, governance process of any blockchain."

EdenOS will be developed with the support of the EOS Alliance, the goal currently being to test how the EdenOS system works in a transparent and verifiable manner, before beginning on-chain implementation.

Through EdenOS, the community will have a system to govern itself, completely independent of any company or organization.

"It is more important than ever for the community to have a means of reaching consensus on who to trust to utilize community funds for the benefit of everyone."

According to the proposed Roadmap, in Q2 2021, Block Producers will be asked to use 1.9 million EOS of the eosio.ramfee account to fund the Eden community once EdenOS has successfully initiated at least 1000 members and held its first election in which a budget will be allocated to about 100 community representatives.

To be voted in, you must (1) attend a Zoom meeting with all 1000+ participants, (2) participants will be randomly divided into groups of 10 people, (3) each group will have 1 hour to choose a representative with a consensus of 8/10, (4) the following days the process will be repeated only among representatives until 10 are finally decided. Representatives will be recognizable by the issuance of a specific NFT.

Thereafter, the 1.5 million EOS budget will be distributed among all representatives at each level, and the remaining 400,000 EOS will be used by the EOS Alliance to develop the EdenOS implementation.

In the meantime, development will begin through funds arranged directly by Dan Larimer, up to $2 million, and upon release of the software will be reimbursed for the 400,000 EOS, thus worth an estimated $5 per EOS.

Moving forward, hopefully in Q3 2021, we will run the first community election and the Block Producers, after seeing the success or otherwise of the election, will be able to choose whether or not to release the 1.9M EOS.

If the funds are released, representatives will continue to use them to develop the goals established during the election.

EdenOS developments will continue in the following quarters, and access will also be opened to non-English-native EOS communities, including the Chinese, Korean, and Spanish communities.

The CCID Research Institute of the Ministry of Industry and Information Technology of China published the 19th Global P...