SEC waiver for Block.One, EOS is officially not a security, VOICE is coming? 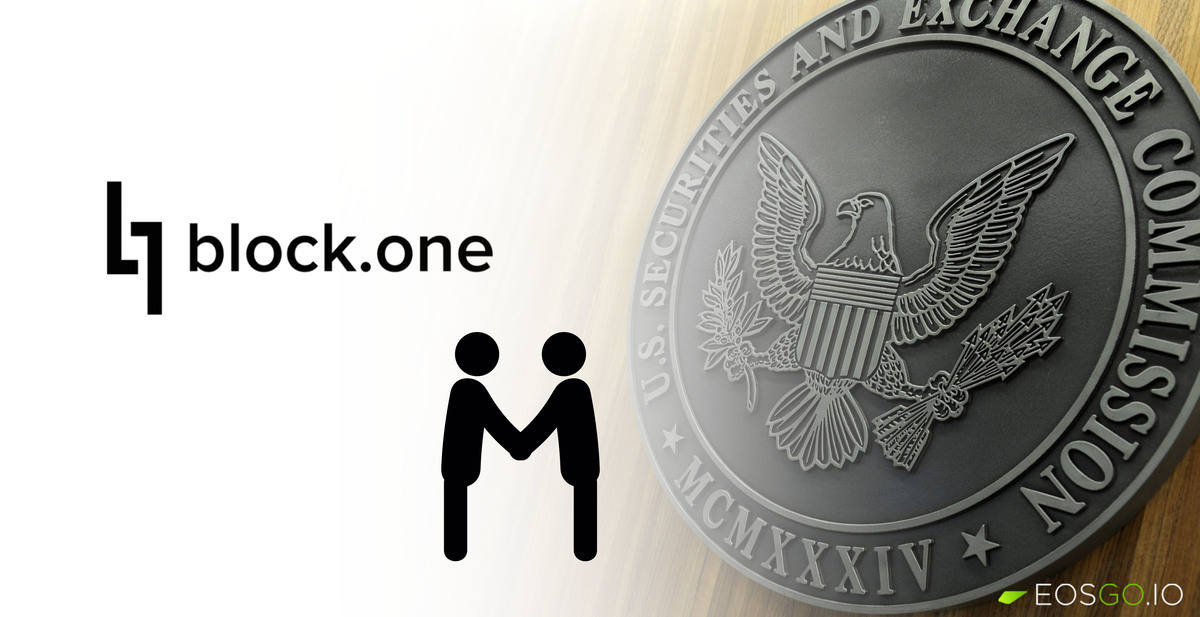 The SEC recently granted a waiver for Block.One regarding the EOS ERC-20 tokens ICO. With this waiver, it is now certain that EOS is not a security, while Block.One will only need to pay a $24 million fine. Block.One is now definitely ready to bring adoption and innovation in the blockchain space, we can't wait to see VOICE deployed!

According to the Block.One press news, they managed to reach a civil settlement directly with the SEC, whereby they are required to pay a one-time end of $24, whilst neither admitting nor denying the SEC's findings. With this settlement every ongoing matters between Block.One and the SEC is now resolved!

"Block.one believes the SEC’s granting of this waiver evidences Block.one’s continuing commitment to compliance and best practices in the United States and globally."

VOICE was also a discussed topic within the settlement. Indeed, as explained in the official document released by the SEC, Block.One is currently initiating a process of consultation and discussion with the SEC's Strategic Hub for Innovation and Financial Technology (FinHub) in connection with the VOICE token.

"Additionally, if Block.one seeks to distribute a digital asset token in the U.S., such as the Voice token or a token associated with an application or project built on the EOSIO blockchain software, it may seek regulatory certainty by relying on Regulation D or Regulation A (utilizing a U.S. based subsidiary) to distribute the token. (...)

If Block.one is unable to distribute a digital asset that it has determined with counsel may constitute an investment contract (...) it may be unable to identify a viable option in the U.S. through which to allow U.S.-based entities or individuals to participate in transformative and unique technologies that may have broad and equally transformative benefits"

These are some really huge news for EOSIO, VOICE and the blockchain ecosystem! We can't wait to see some more updates from Block.One! #GoEOS

The EOS VC recently announced their latest investment in Biscuit, creator of EOS Knights, one of the first and most pop...

Everipedia and Vigor this week announced a partnership to include Everipedia's IQ Token within the Vigor protocol as co...