Nathan James Joins the ENF as Director of Developer Relations 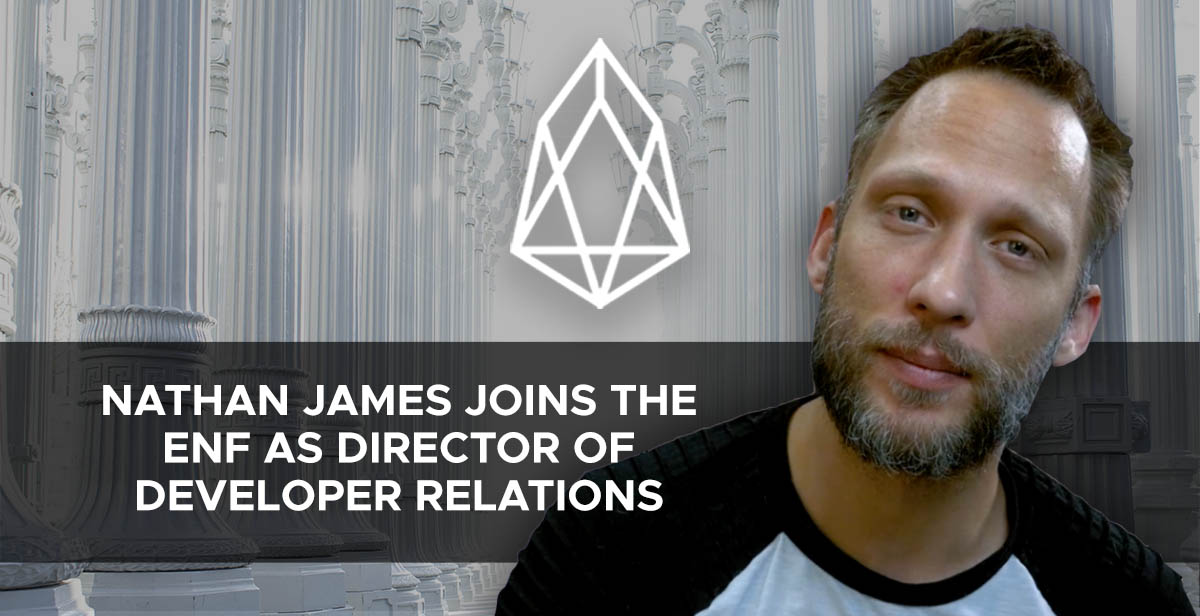 EOS development this year is going from strength to strength, with various initiatives directed towards improving that area and making it easier for developers to build on EOS. The past months have seen the EOS Network Foundation (ENF) fund efforts to build software development kits (SDKs), wallets, standards and other products to benefit application developers and improve the user experience.

In the most recent announcement, the ENF revealed that it has acquired the services of Nathan James (one of the earliest developers on EOS) to serve as the new Director of Developer of Relations. In the announcement video posted on the Everything EOS channel on Youtube, Nathan James shared his reasons for taking on the position and his vision for the EOS network.

“I had the pleasure of watching so many passionate creators building on EOS, and then the incredible pain of watching them struggle because the support network… was a lie. I want to make sure that never happens again, that the people that are meant to help creators never become the very ones who stifle progress, innovation, and growth.”

Nathan’s appointment in a role that’ll serve the EOS network and its wider ecosystem marks a trend that the network has been witnessing recently as hope and excitement have been reignited regarding the future of the network. More and more developers are returning to EOS after having left during a time where the network was plagued with uncertainty and a lack of support. A period during which Nathan and his brother Rami James had to halt their Block Producer operations as a result of a lack of support. Who then, a few weeks later, announced they’d be joining Ultra (another EOSIO-based chain).

This meant most of their time and effort would be spent on Ultra; thus away from Scatter, the first ever EOS wallet that they both created. Which at the time was the most used wallet in the ecosystem. This was a big loss for EOS and a major blow to sentiment within its community. As with many other EOS developers during that period; they lacked the necessary support to sustain their efforts in effectively contributing to the EOS network.

Nathan James’ role within the EOS Network Foundation is a vital one, and one that he and the EOS community are excited about. He has extensive experience in the field of development, especially when it comes to the EOSIO protocol as he also still maintains a role as a blockchain developer on Ultra. His responsibilities as the ENF’s Director of Developer Relations will include:

Moments after his announcement video was published publicly, Nathan took to Twitter calling out the developer community and challenging them to reach out… to reach their goals. 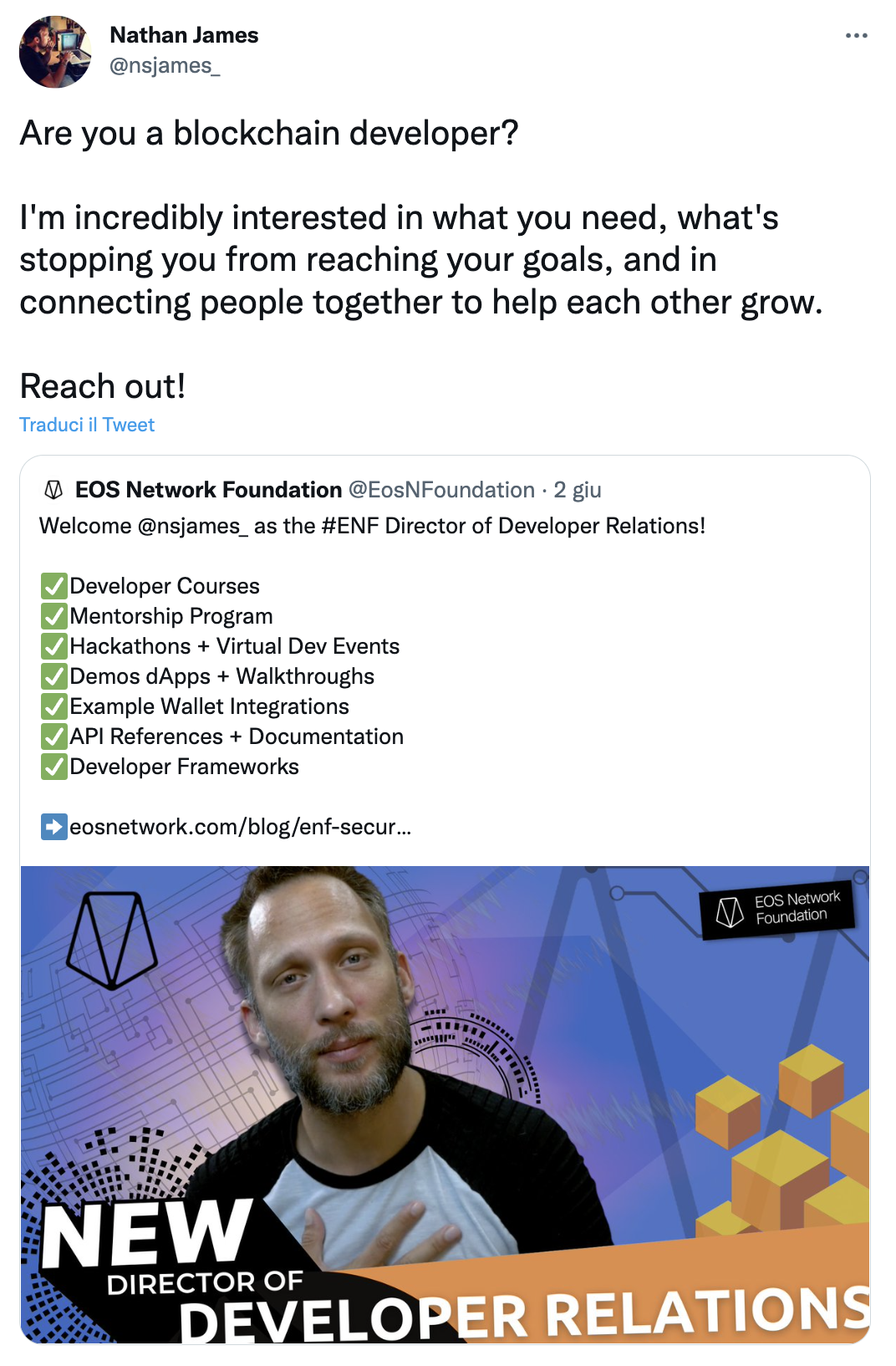 With the support he’ll have from the ENF and the community, there’s very little doubt that he can’t achieve any of the objectives set forth. The community looks forward to a prosperous network of developer activity on EOS!

● ENF Secures a Major Win for Developers on EOS!

● Scatter’s block producer on the Mainnet is going dark

● Ultra. “Today I’m going to talk about what my future holds.”

Mining BOID is not really mining in the traditional sense of the terms. Actually what is happening when users mine BOI...

The CCID Research Institute of the Ministry of Industry and Information Technology of China published the 14th Global P...