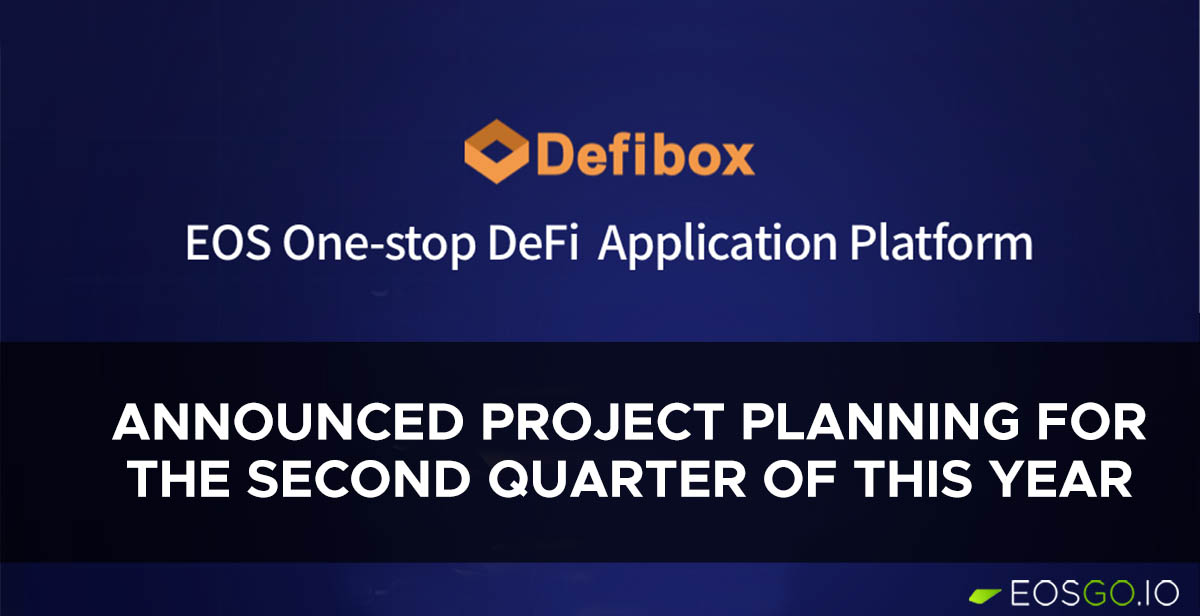 EOS Go has learned that the executive team of Defibox, a premium DeFi project on the EOS blockchain, recently announced the project work path plan for the Q2, 2022. In the plan, Defibox's work for the next quarter is focused on three dimensions

Since its official launch in July 2020, Defibox has been deeply involved in the DeFi space. Their team continues to achieve project milestones and break the boundaries of blockchain technology. Defibox also provides users with an efficient and convenient one-stop DeFi experience.

Defibox is at the forefront of crypto research with the announcement of their project work plan for the Q2, 2022. They are leading the industry by transforming and improving blockchain technology.

EOS Go has compiled specific information on Defibox's project work plan for Q2, 2022. Let's take a look at it together!

About the "Defibox DAO" promotion plan

Regarding "Protocol Expansion of Each Chain" (development plan)

BSC chain protocol upgrades are suspended in the second quarter.

Defibox was officially launched on the EOS chain on July 21, 2020. Since its launch more than a year ago, it has launched three core protocols: Swap exchange, USN stable coin and decentralized lending. It has become one of the most important components of the EOS DeFi ecosystem, and has been the NO.1 in the ranking of EOS DeFi projects such as Dappbird, Blocks, and DappRadar for a long time.

Multi-chain deployment has also become Defibox's choice, in the context of a large industry where public chain development is blossoming. The team will deploy blockchains such as WAX and BSC on the basis of EOS public chain successively.

The announcement of the project work plan for Q2 2022 demonstrates Defibox's determination to continue to plow the DeFi track and seek breakthroughs. With the improvement of system governance system, optimization of product functions and advancement of multi-chain process, Defibox will bring a more secure, easy-to-use and low-cost DeFi experience to a wider range of investors and users in the future.

Let's look forward to Defibox's performance in the Q2 2022.

Recently, with the EOS market picking up, not only the topic of Twitter discussing EOS began to become more, the Reddit...

“What happened this Week on EOSIO” summarises the past 7 days of news sent by EOS Go This edition’s timeframe goes from...