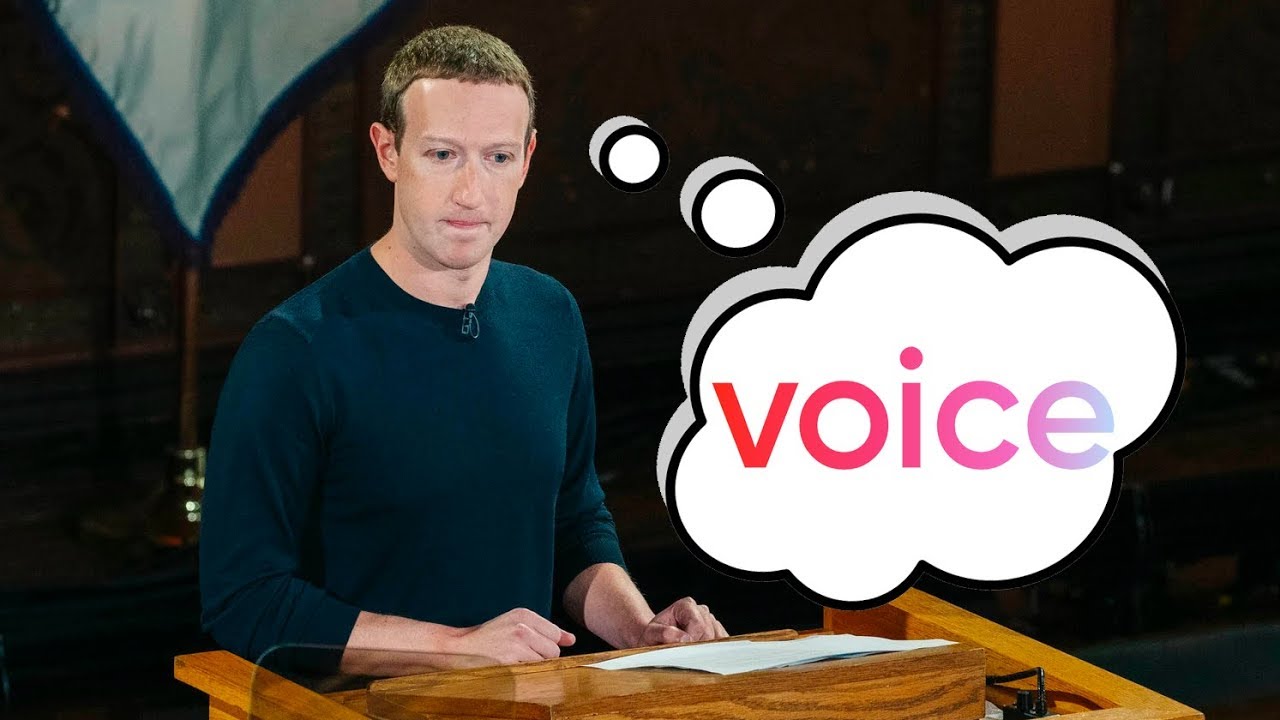 Recently Mark Zuckerberg, CEO and Founder of Facebook, gave a speech at Georgetown University outside of Washington DC, in which he emphasized the importance of free speech and to have a “voice". He used the word "Voice" 35 times, which confirms the strength of the brand from the new venture of block.one: Voice.com, and probably this wasn't a coincidence.

In addition, the speech also covers the issues of fake accounts that Facebook is trying to solve through identity verification, and how important it is that people are able to express their voices freely.

"So giving people a voice and broader inclusion go hand in hand, and the trend has been towards greater voice over time."

From Mark Zuckerberg's Speech, Standing for Voice and Free Expression

"The solution is to verify the identities of accounts getting wide distribution and get better at removing fake accounts. We now require you to provide a government ID and prove your location if you want to run political ads or a large page. You can still say controversial things, but you have to stand behind them with your real identity and face accountability. Our AI systems have also gotten more advanced at detecting clusters of fake accounts that aren't behaving like humans. We now remove billions of fake accounts a year -- most within minutes of registering and before they do much. Focusing on authenticity and verifying accounts is a much better solution than an ever-expanding definition of what speech is harmful."

Watch the Everything EOS video counting the number of times "Voice" is mentioned: