This Week: EOS Moving Full Steam Ahead This Festive Season 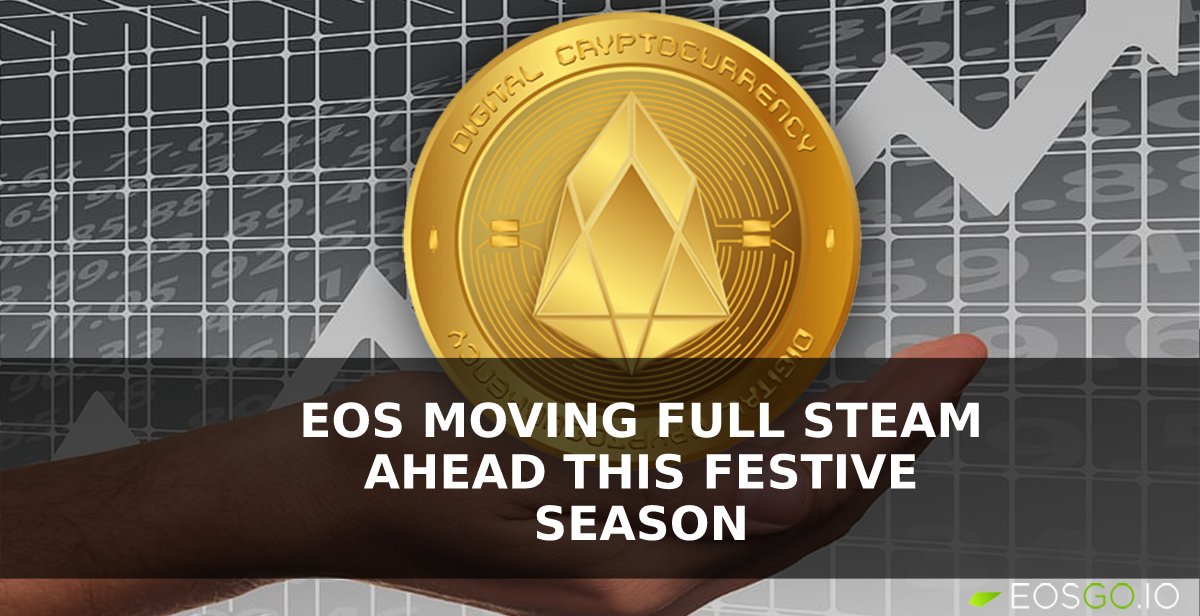 With the Festive season upon us things tend to slow down as people take leave from work to spend time with their family and friends. However, blockchain technologies are operational all day every day.

At least that’s true to those with a 100 percent uptime, which is what makes blockchain a superior infrastructure for all types of global transactions, communications, and other interactions.

Not only has EOS maintained 100 percent uptime since launch over four years ago, but it has picked up the pace on development efforts in recent months and isn’t slowing down during this Festive season. EOS continues to build the different structures that will make it the most capable and socioeconomically self-sufficient blockchain in the world. 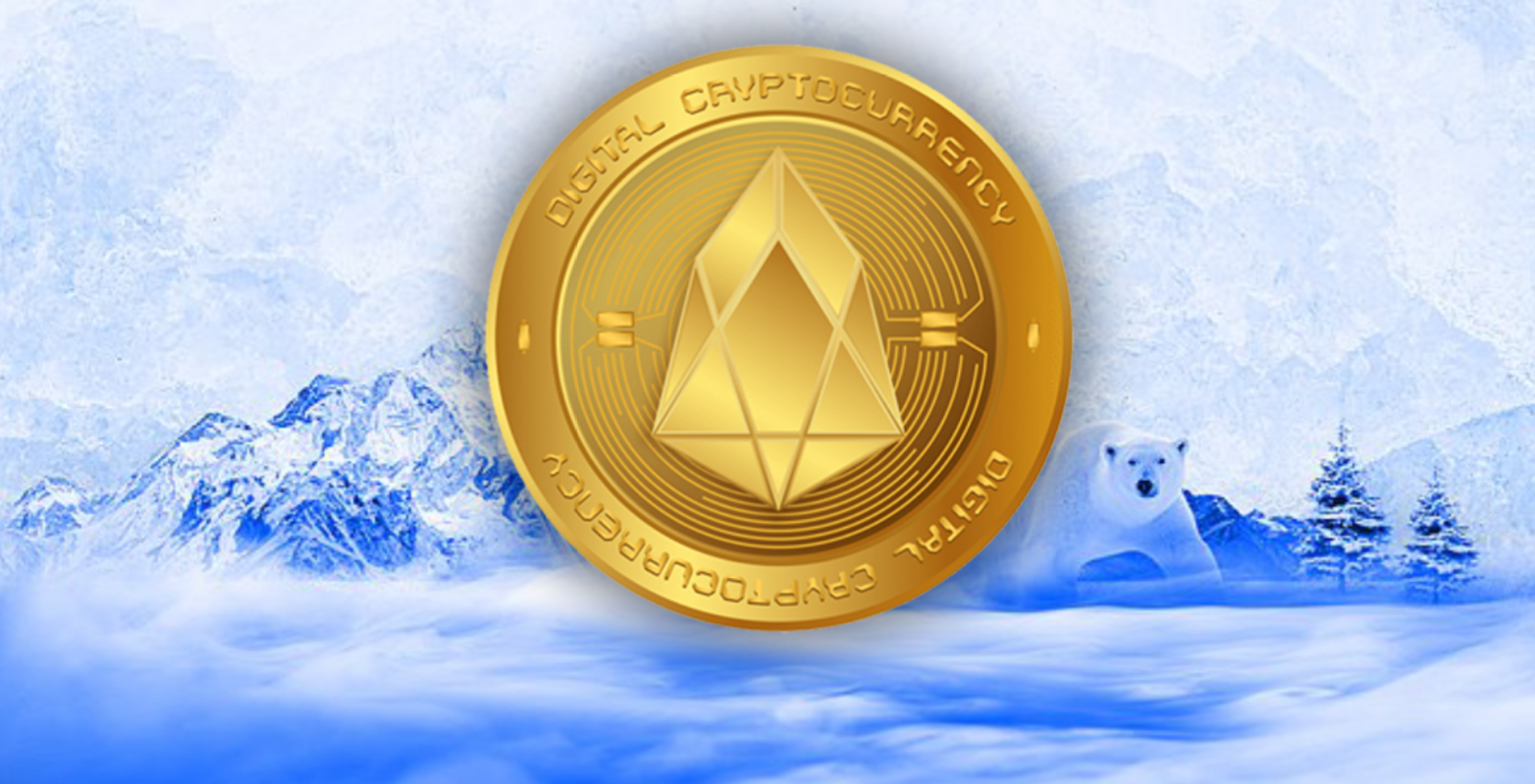 That’s the title given by Analytics Insight on its recent feature of EOS. Regarded as the world’s first print and digital publication focused on Artificial Intelligence, Big Data and Analytics, Analytics Insight’s market focus remains on disruptive technologies to help key decision-makers across organizations and enterprises predict emerging trends.

The article effectively lays out the many promising initiatives that have emerged within the EOS ecosystem since its “messy divorce from developer Block.One” and how it has greatly improved since then. A majority of those improvements are a credit to the EOS Network Foundation’s (ENF) efforts to revitalize the network.

Analytics Insight further outlays - the launch of a $100 million EOS Ecosystem Fund, the integration of USDT (Tether) on the EOS Network by Binance, and what it considers “constructing pillars for further development” in the form of the Yield+ and Recover+ initiatives - as some of the catalysts to EOS’ return to prominence. 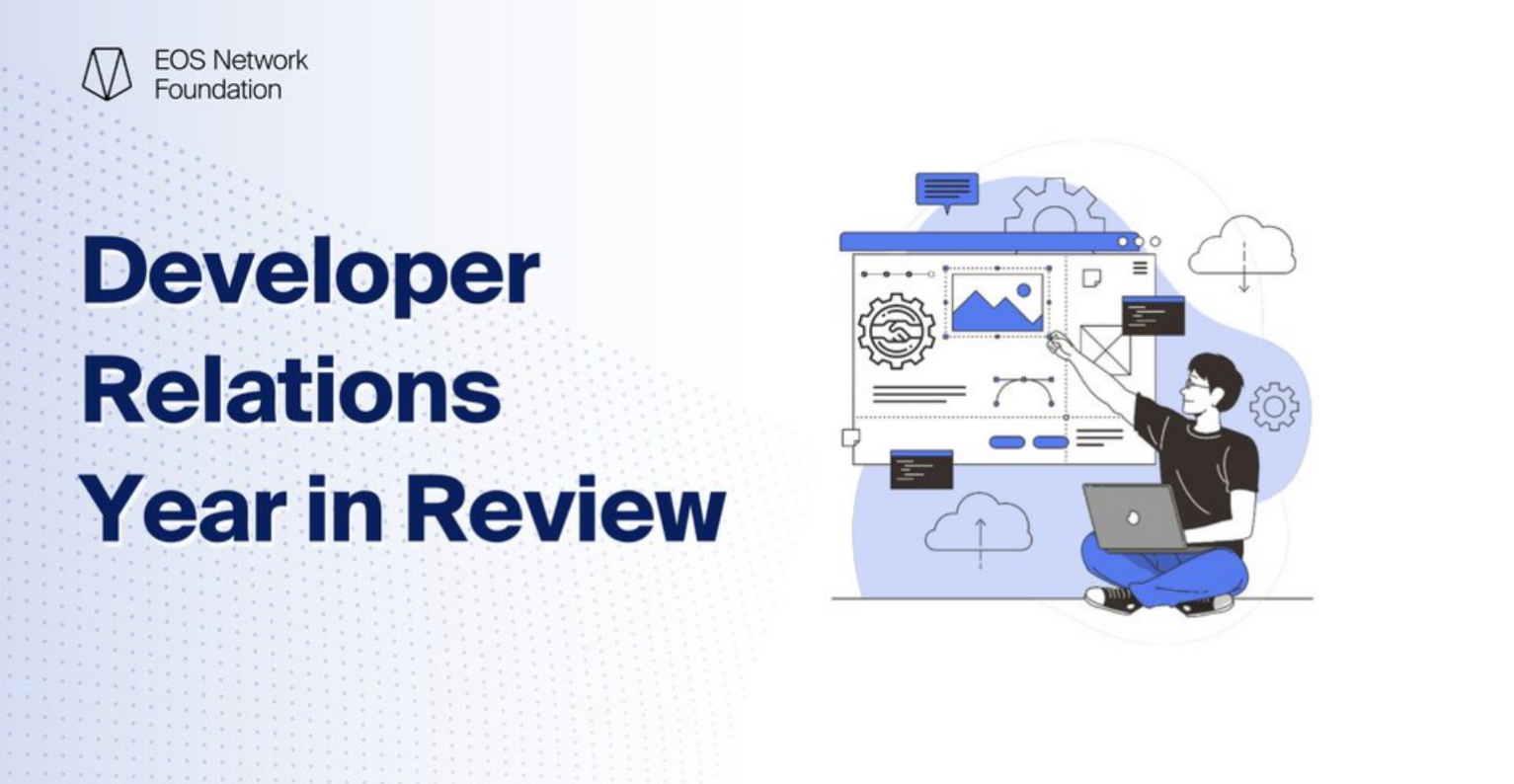 The ENF’s Developer Relations team has published a report of its operations since its establishment and Nathan James joined as Director six months ago. The report also introduces the team of developer advocates who’ve been aggregating, archiving and authoring the documentation to help developers learn about EOS and build on its network.

One such documentation is the EOS Developer Documentation which will serve as the information portal for new developers to easily get started with building on EOS. The portal provides developers with a range of community developer tools, and a couple of tutorials on how to bootstrap a new Antelope chain or build a simple game such as tic-tac-toe.

In addition, the Developer Relations team has recently launched the Learn Hub, a ‘learn and earn’ initiative that makes it easy for anyone to learn about EOS and then provides opportunities for you to use your new acquired skills to earn money.

With so much under their belt the team also hosts a Twitter Spaces called Decentralized Cafe (DeCafe) twice a week to reach out to and engage with developers in the blockchain space. The broadcast discusses a variety of topics related to the developer community in general, and might relate those to operations on the EOS network.

Easily the most anticipated project to launch in the coming months; Trust EVM has shared a couple of updates on developments leading to its Q1 2023 mainnet launch. Progress is being made on the Silkworm-based testnet set to launch in mid-February next year.

Some of the highlights and accomplishments from the past month and a half include, completion of MetaMask integration, testing Trust EVM RPC interface against a block explorer, gas usage discrepancy on transactions executed by runtime vs. Trust EVM-RPC, and the completion of EOSIO.token compatibility, among many others.

Upcoming key milestones include a gas fee feature, API compatibility, a Sentnl.io audit, and UI support for staking, to name a few. Whereas the ENF’s Developer Relations team is strongly focused on getting developers to familiarize themselves with the EOS infrastructure. Trust EVM will provide developers from Ethereum and EVM chains with a familiar environment to build on, but powered by EOS’ high performance tech. 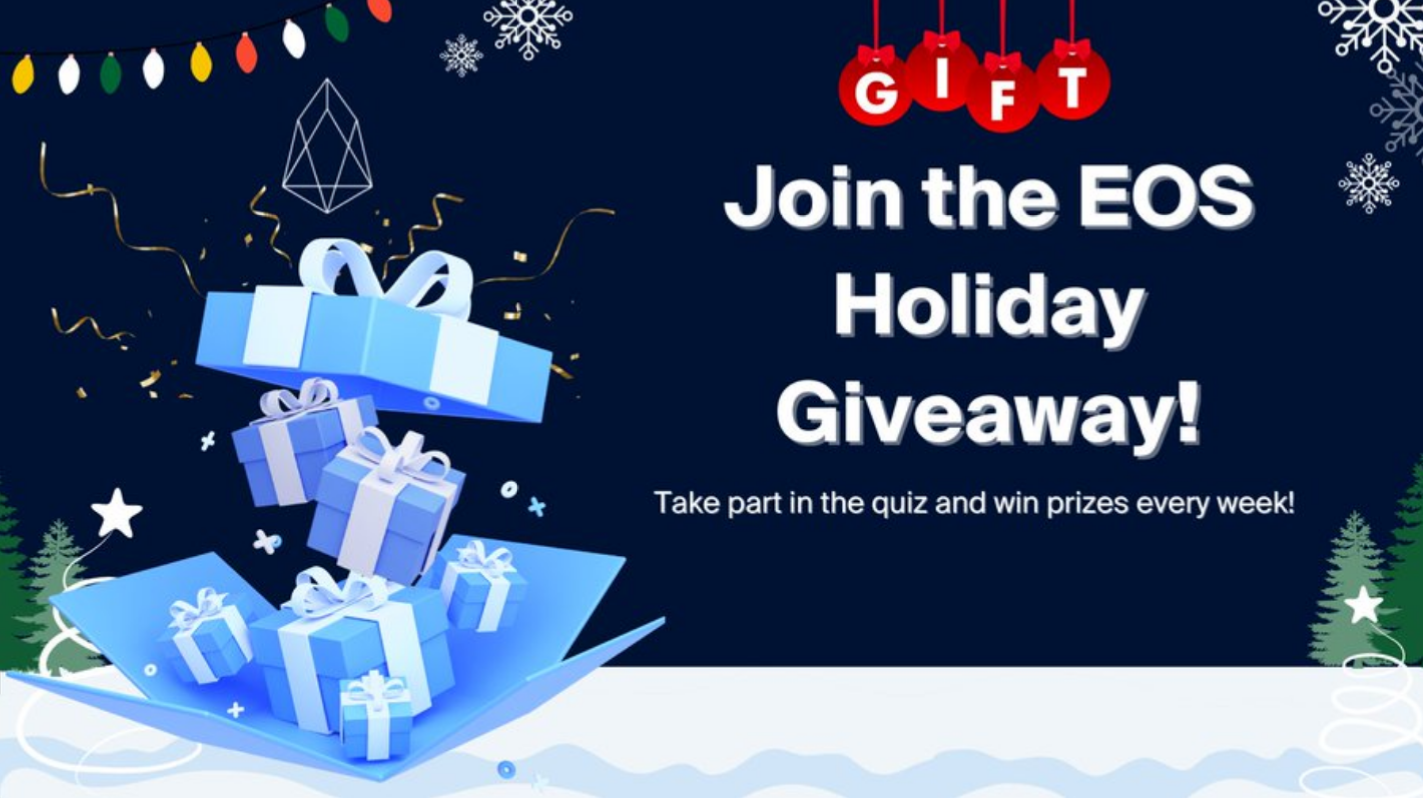 To end things on a lighter and more fun note, the ENF has launched a gift giveaway to reward those who’ve actively been following EOS’ incredible journey this year.

“To celebrate such a successful year of growth for EOS, the ENF is hosting a special contest for our community to take part in.”

Every week (Wednesdays), until January 3, 2023, the ENF will post a new trivia challenge in which all those who get it correctly will receive an EOS Holiday Gift NFT that contains special NFT surprises that can be gifted to friends and family.

These special NFTs can also be redeemed in exchange for an EOS donation to the owners’ favorite Pomelo grant when Pomelo returns for Season 5 in Q1 2023. Each week a new batch of Pomelo gift certificates will be available to be won in the giveaways. In total, 1000 EOS in Pomelo gift certificates worth either 5, 10 or 25 EOS will be given away. Good luck to all participants!

Bullish's SPAC deal with Far Peak was recently confirmed, valuing Bullish at $9b and making it one of the first digital...