EOS Gambling dApp EOSPlay attacked! 30,000 EOS were stolen. What happened? Everything you need to know. 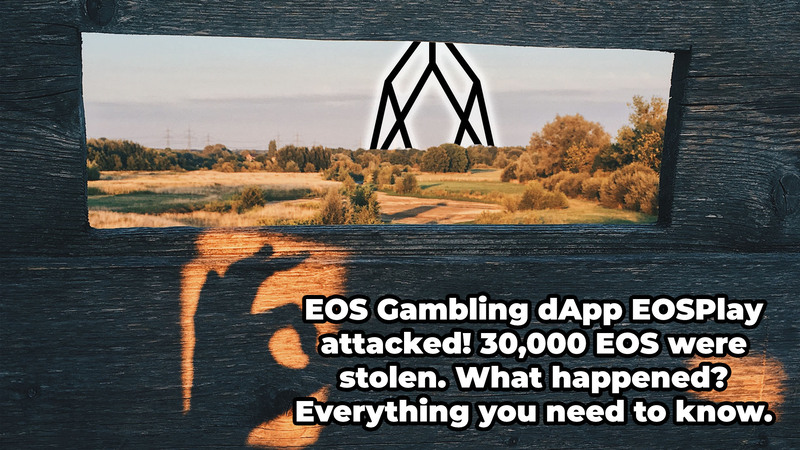 In the last 24 hours the gambling dApp EOSPlay has been attacked by some EOS accounts that managed to exploit a weakness on the smart contract and steal approximately 30,000 EOS.

Although the attacker used REX to have more resources for his transactions, the EOS network worked perfectly as it should have. The weakness was only within the EOSPlay smart contract, which used an unsafe method to calculate random numbers.

What the attacker did (by Dexaran):

As soon as the EOSPlay team realized what was happening, they managed to disable their smart contract operations. By doing so, they were able to secure the rest of their funds on their main EOS account eosplaybrand, which now has approximately 150,000 EOS.

In all this however, the EOS mainnet worked as it should have. The attacker bought his resources on REX because it is the most efficient and economical way to proceed, and every REX staker received their share.

The EOS Foundation released the first Recognition Grants to EOS Go and 5 other projects, each receiving $100,000. EOS G...

EOS Canada recently announced the cessation of its operations as block producers in order to fully focus on dfuse, the ...