This Week: EOS Bursts Into Top 40! 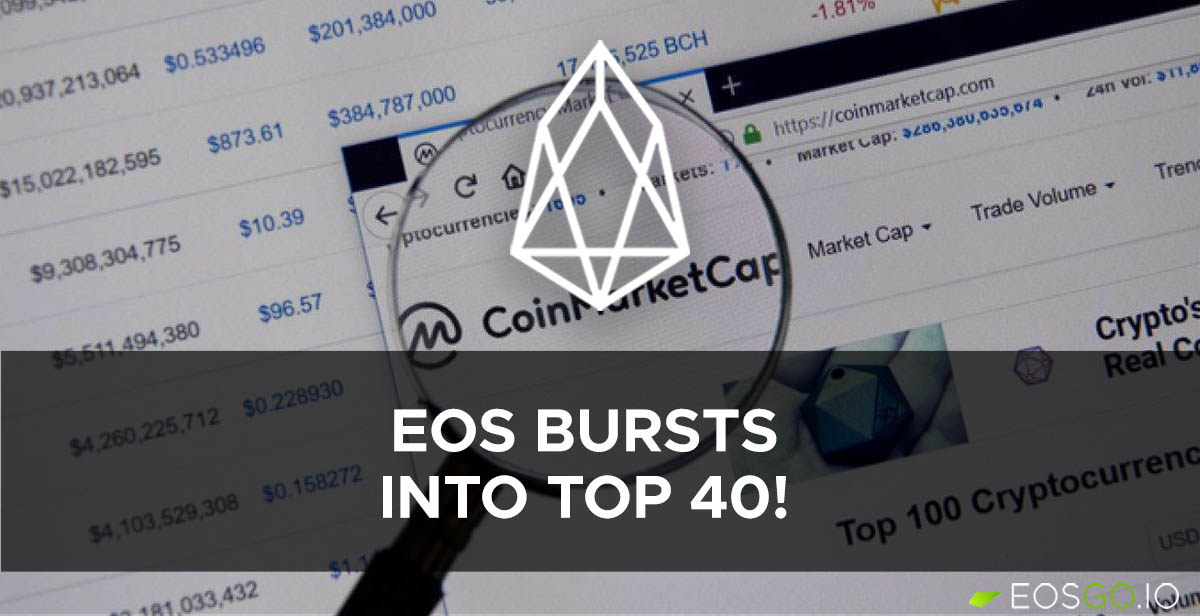 What an eventful week this has been for the EOS ecosystem! The announcements and launch of multiple bullish initiatives have seen the price of the EOS token shoot up to the Top 40 on CoinMarketCap.

This week has been filled with one positive development after another and it has caught the attention of the cryptocurrency market participants. And looking at what unfolded these last few days, it is easy to see why EOS is on many people’s radar.

Perhaps the biggest news of the week has been EOSIO’s rebranding to Antelope. This follows months of collaboration and planning by coalition members whose blockchains are based on the EOSIO codebase. The move to rebrand was as a need to take back control of the codebase from Bullish (B1), who own the EOSIO IP, and giving the community of relevant blockchains control over their destinies. 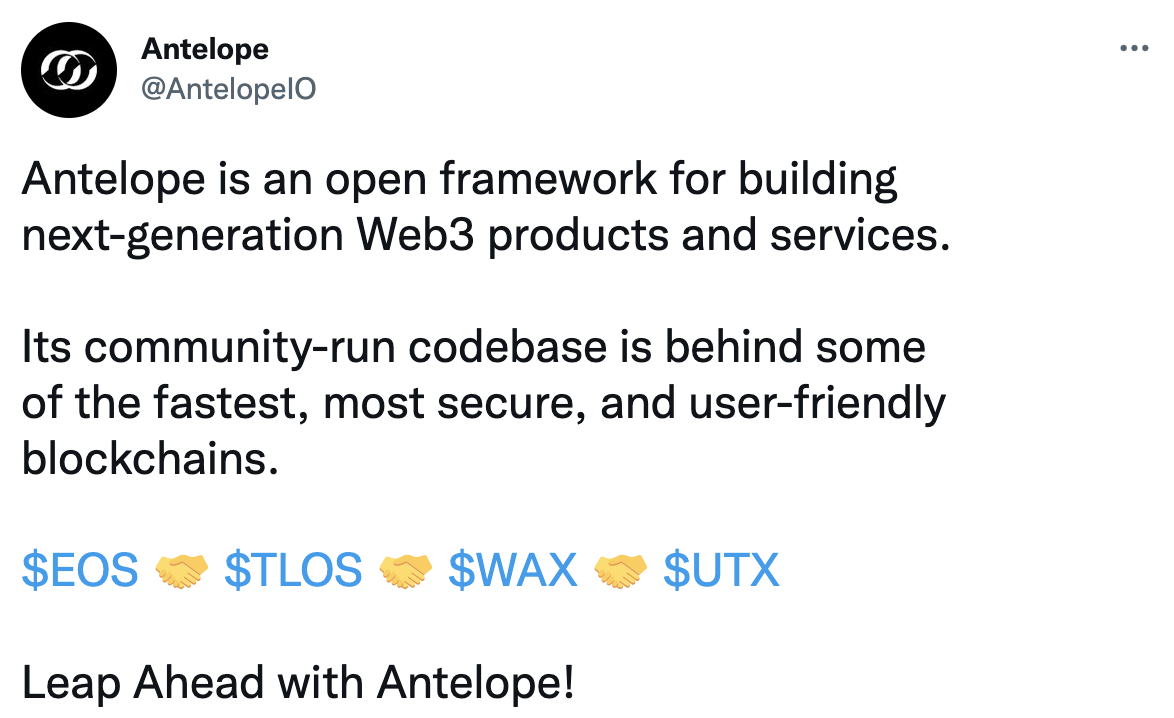 Antelope is a new community driven blockchain protocol that will replace EOSIO in powering blockchains such as EOS, WAX, Telos, and UX Network. With the rebranding already accomplished, the community is looking forward to the hard fork from EOSIO to Antelope next month on Sep 21. This will officially mark the total independence of the aforementioned blockchains from Block.one.

News of the rebrand to Antelope, mixed with news of the meteoric rise of EOS’ token price in the space of 24 hours, led to a lot of optimistic coverage from the media. Something that has been quite a trend since Block.one was kicked out from the EOS network and community. But should come as no surprise considering most of the negative press on EOS in the past was based on its association with “crooked” Block.one.

LunarCrush was the first to take notice earlier on in the week, with its social and market research findings ranking EOS number one out of the top 3853 coins across the cryptocurrency market. Soon stories of EOS meteoric token price rise hit the internet from dozens of news publications, with Cointelegraph highlighting in an article that EOS’ +20% rise was its highest gain in 15 months.

All of this media coverage pointed out that ever since the establishment of the EOS Network Foundation (ENF) the EOS network has seen incredible results from their efforts. Funded by EOS stakeholders, the ENF was established to operate in the network’s best interests.

Another much-awaited initiative has been Trust EVM - the Ethereum Virtual Machine based on EOS. On Monday, Trust EVM opened registrations to its GameFi hackathon for developers to build and showcase their GameFi projects. The hackathon will run from August 15 to September 23; concluding around Trust EVM’s initial scheduled mainnet launch of late September.

GameFi is a fast rising sector in the crypto/blockchain industry and is expected to surpass all other sectors to be a market leader by both trade volume and user base in coming months. A strong adoption of GameFi on Trust EVM could help it dominate the market as the leading EVM, helping it showcase its superior performance and scalability metrics.

The third season of Pomelo Grants concluded on Thursday, August 18. Although it didn’t receive as much in matching pool funds from the ENF as last season, it still managed to pull-off yet another record-breaking season. This time a record for the highest number of approved projects to build goods and services projects on EOS.

Results for this season are currently being analyzed and should be published in the following days. Its success represents a growing EOS ecosystem, both in numbers and in the strength of projects being built on it. Which ties in nicely with the growth we’re seeing from other aspects of the ecosystem.

As of writing EOS is trading at $1.45 (up 6.9% from last week’s $1.35 price), which is impressive considering everything else is mostly down. It currently has $632 million in daily trading volume with a market cap of $1,446,902,720. EOS is ranked 39th in the world by market cap - jumping 6 spots from last week’s position! All stats are based on CoinMarketCap data.

Block.One published a new proposal for resource allocation for EOSIO chains , which could fully stabilize the CPU/NET m...