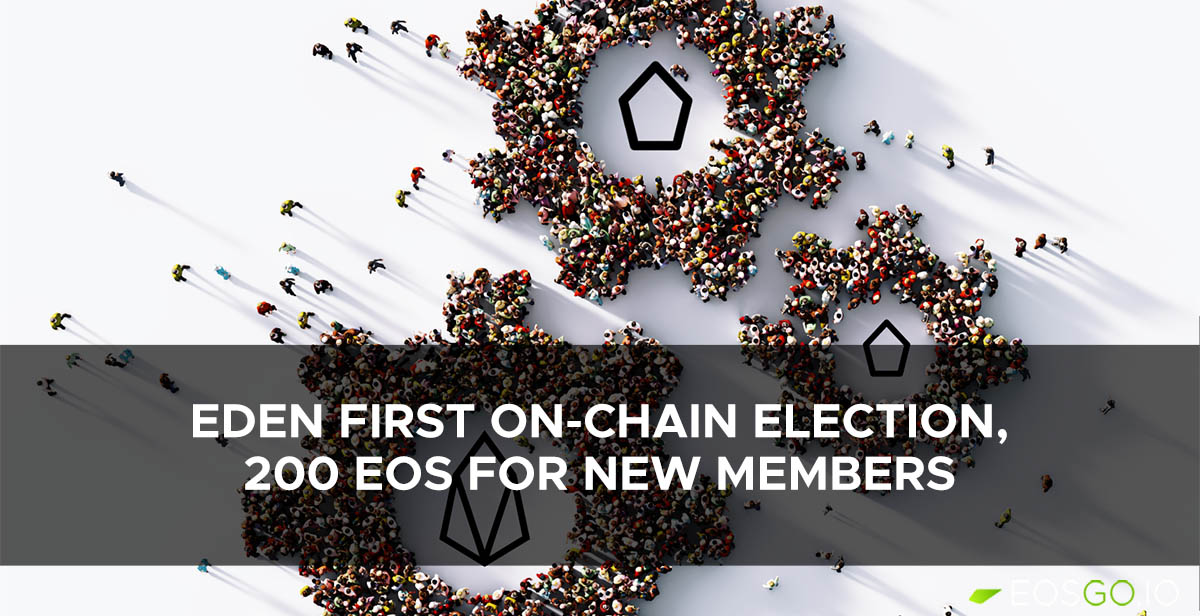 The Clarionos team announced the first Eden on-chain EOS election within the new smart-contract-driven interface. The EOS Foundation is granting 200 EOS to the community's treasury per Eden member who joins before the election.

Through Eden's new platform, all Eden community interactions are structured in a more appropriate and transparent way. Existing members can connect via their preferred wallet to participate in the live election and vote on-chain. Anyone can also see the election results or see elected delegate budgets (distributed monthly), and more.

Before the next election, scheduled for October 9th, all new members will be given 200 EOS through the EOS Foundation funding. To become a new member you must: 1. Get invited by a current Eden member 2. Introduce yourself to the community, and update your profile. 3. Complete the induction ceremony 4. Donate 10 EOS to the Eden community 5. Become an official member of the Eden community by receiving an Eden member NFT

The EOS Foundation, which recently officially began operations, has agreed to fund the Eden community with 200,000 EOS (about $1.2 million) that will be used as an allocation for Eden elected delegates. The funding will be distributed monthly and automatically, based on the level of delegates who win elections.

"As on-chain elections are successful, we anticipate Eden playing a much larger role in the future governance of the decentralized platform.EOS is pioneering the future of fractal representative democracy! And you have the opportunity to be a part of that."

In addition, the EOS Foundation also approved a separate grant to Clarionos of 100,000 EOS for work spent in developing Eden's platform.

“Following through on our mission of enabling developers, businesses, and individuals to build on and create value for EOS, the EOS Foundation and its advisory board selected Eden as a funding candidate to serve as an early showcase for how network funds can be distributed to empower a wide range of value creators within the EOS community.” — Yves La Rose of the EOS Foundation

### Foreword Season 2 has come and gone, but its impact continues for months after the fact. The size of the impact it...