DappRadar Analysis: Is it game over for EOS? 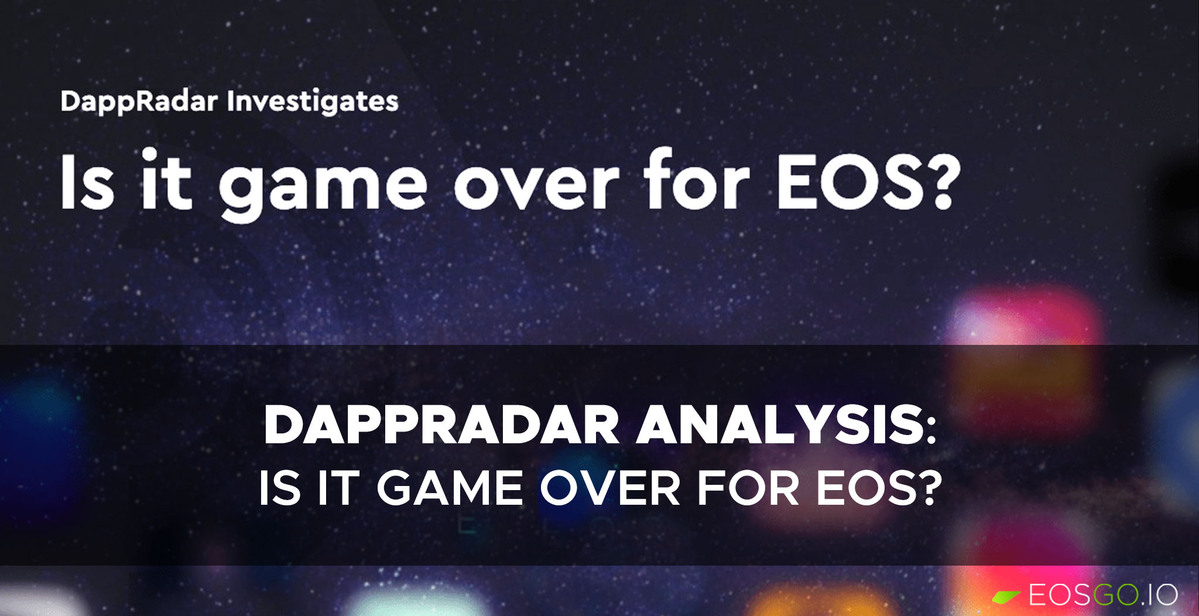 Following the report of Outlier Ventures that suggested some problems with the activity on EOS, the DappRadar team wanted to investigate personally and in their latest blog post they exposed the evidence found.

The Outlier Ventures report focused in particular on EOS decline of Github commints, as well as the number of decentralized application developers and user activity.

From Dapp Radar's analysis, it's evident a decline in EOS activity that started in October 2019, especially for gambling dapps. This is due to the drastic change in resource usage that has been brought about by EIDOS, the resource mining token. In general, the dapp activity for applications followed by DappRadar has dropped 40% since January 2019.

Even given this decline, EOS can be considered the Top Smart Contract Blockchain for Gaming. Indeed, three of the top five and six of the top 10 blockchain games in terms of daily activity run on EOS.

If we also include the WAX Chain, which is based on EOSIO technology, we would have a total of four of the top five and seven of the top 10.

In addition there are other important projects that are about to be launched that will use EOS, or other EOSIO chains. For example Blankos Block Party, the new game from Mythical Games, which will be released during 2020 and will use the EOS mainnet. Or the decentralized social network announced by Block.One: Voice that will use EOSIO technology, and perhaps in the future will be connected to EOS.

Certainly the decline of gambing dapps was a necessary step to make EOS developers and users adapt to a new system of resources, but that has not blocked innovation on EOS or EOSIO chains.

Thanks to the work of EOS Argentina, the EOS mainnet can finally be used with Metamask, the most famous browser extensi...