EIDOS – Everyone Is Denied of Service (Aiden Pearce) 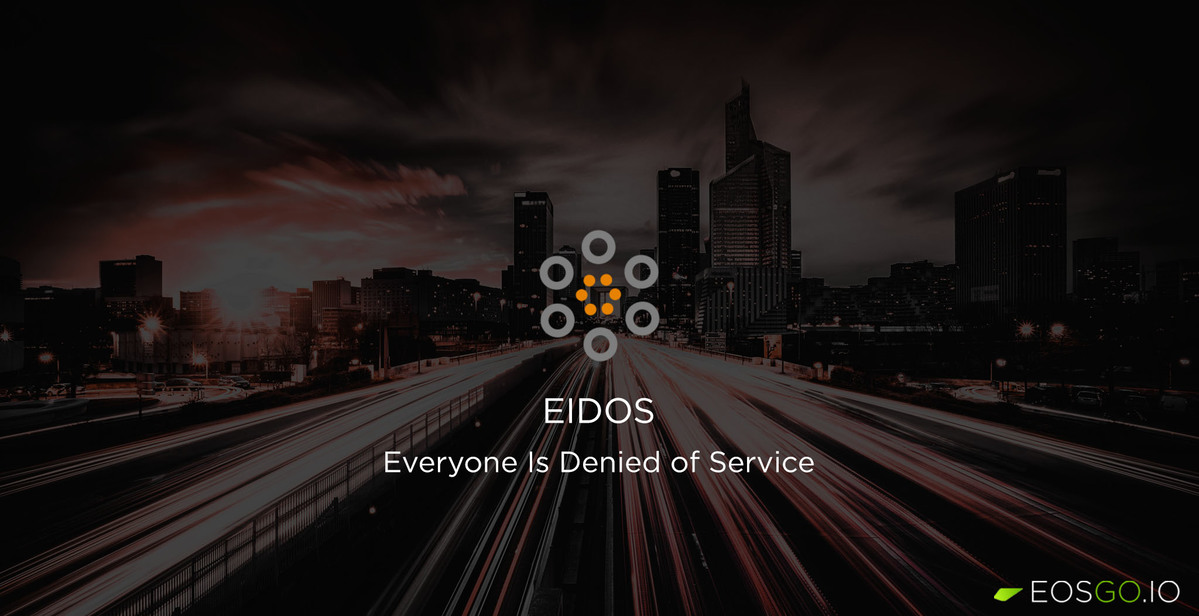 EIDOS is an acronym that actually stands for ‘Enumivo Is Dead, Oh Shit!’. The Enumivo being referred to was apparently a EOS sidechain. The blockchain was founded by a person or group going by the name of Aiden Pearce. Aiden Pearce is a popular hacker/vigilante from the video game Watch Dogs. Going down the Enumivo rabbit hole I’ve uncovered that real life Aiden has a lot in common with this “fictional” video game character. Before I tell the story of Enumivo and how EIDOS came to be let me share a quote from the video game’s character that I feel best foreshadows the “real” Aiden’s actions. 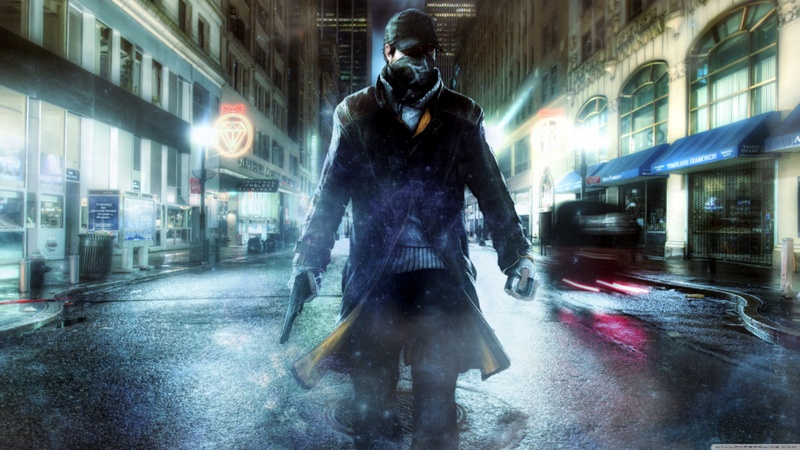 “I don’t look back anymore. I don’t regret. I look forward. Everything is connected, and I’ll use that to expose, to protect, and if necessary… to punish” – Aiden Pearce (Watch Dogs)

Let that sink in for a moment.

Coming back to the real life Aiden Pearce: He founded Enumivo in September 2018, as far as I can track it, a blockchain which he hoped would bring social justice for all. It was first launched on Ethereum and later migrated to EOS. Around June 2019, amidst controversy from the Enumivo community Aiden began an investigation based on the allegations of collusion amongst the chain’s Block Producers (BPs). He discovered that one individual on Enumivo controlled at least 8 BPs, 2 in the top 21 and the rest all in the top 30.

BP collusion was something that was suspected by a minority of the Enumivo community and it was finally confirmed that BPs were colluding for votes, with the one person controlling multiple BPs. As the founder of Enumivo, Aiden Pearce still couldn’t do much in fighting the corruption at least not on his own. Since the chain was designed to be decentralized he’d have to convince the community to vote - for changes. At one point he tried to introduce a solution that would require BPs to verify their uniqueness but in vain as BPs would give many excuses as to why that’s a legal risk in their countries.

Not happy with the ongoing corruption Aiden decided he would create 30 BPs himself and vote for them using Enumivo’s Development Fund (44 million tokens) in order to save the blockchain by taking control of it. A few days later he abandoned his plan to take over due to reservations from the members of the community. Aiden was eventually out voiced by the BP cartel including by some members of the community. As a result of this loss he decided he’d send all his token holdings to the blockchain’s saving account. Probably a sign that he was done with Enumivo and moving on to other things.

EIDOS is a project that stemmed from that Enumivo saga. Aiden Pearce for some reason has decided to launch his new project on the EOS blockchain just 4 months after leaving Enumivo. Clearly this person is intelligent and unfortunately for us we don’t know what his intentions are. Is he trying to take down EOS or does EOS represent the vision he had for his own failed blockchain? It’s hard for our BPs to decide which actions to take until that question is answered. I should point out that there’s nothing wrong at all with how Aiden has conducted his airdrop.

Over the past week you’ve heard many arguments and complaints about the current CPU issues on the EOS blockchain. However, the general consensus from the community is that EIDOS is good for EOS in the long run. We didn’t end up here by chance, we recognized something in the EOS blockchain that all the other blockchains lack. Each one of us have different reasons as to why we picked this blockchain. Perhaps the same goes for Aiden? I’ll be the optimist here and say maybe something beautiful will stem from this seemingly EIDOS spam. Ironically it’s the EOS users that are actually “spamming” the blockchain. EIDOS has brilliantly found a way to incentivize users to mine its token by using network resources.

We blame EIDOS for our current situation but is that really fair? To be truthful I think we might have become a bit spoilt. Yes, I said it. EOS’ constant upgrades, scaling, improvements and constant positive announcements have convinced us that this blockchain is invincible. Up until now most of all the negativity surrounding EOS was just fabricated FUD. I guess EIDOS being the ultimate FUDster gave us a much needed reality check. The EOS blockchain is the best but there’s still a lot of work to be done, first to retain our position in first and secondly to be the first to reach mass market. EIDOS is a reminder that we’re not there yet, we’re not yet ready to accommodate the masses.

I see this current network congestion as a minor hiccup that was necessary and brought with it fresh opportunities. For the fastest and most scalable blockchain in the world to be this clogged up highlights just how competitors are way behind EOS. The situation also tells the story of how fast the network is growing as it continues to have its limits pushed to the max. The EIDOS airdrop blew up faster than I could comprehend. By the time I realized this congested state wasn’t because of the CPU tests we’ve become accustomed to, many people were already aware of the airdrop and claiming away. I see this quick community reaction as a sign of great unity and communication within EOS.

Having said that, EIDOS have also done a wonderful job on their part in ensuring that the token is widely accessible via exchanges such as Newdex, WhaleEx and even on exchanges outside the EOS ecosystem. I wish some of the projects I’m invested in could show this much initiative in listing their tokens on exchanges.

Kudos to EIDOS for a highly successful airdrop. What a way to get your project noticed by the entire community!

Don’t get me wrong I don’t like being unable to carry out a simple transaction on the blockchain due to a limitation of resources. We have to recognize though that EIDOS has managed to utilize the complete power of the EOS blockchain and filled it to the max. I’m pretty sure there are projects out there asking themselves ‘why the heck didn’t we think of it first?’. However, there’s still plenty of room for dApps to maneuver, they just have to get a little creative in dealing with this issue.

DApps that are able to cover resource costs for their users have a great marketing advantage right now. This has provided a rare opportunity for them to significantly grow their user base. Not to mention that dApps that do cover network costs for their users look more professional. Projects like Everipedia, Prospectors, Karma, PokerChained, EOS Big Game etc. are already doing this. Bloks.io even affords its users 5 free transactions to send tokens and stake more CPU. As the EOS blockchain continues to scale even further these kinds of opportunities for dApps to gain a significant user base and cement their reputation may not present themselves ever again. I guess resource cost covering is the current rate of acquiring new users.

We as users also need to put more pressure on the dApps so they cover our network costs as a privilege for using their services. That’s exactly why the Resource Exchange (REX) service was introduced, so that dApps operating on the EOS blockchain have the benefit to acquire additional resources. For a small EOS amount dApps can rent a huge amount of resources for an entire month. As of writing that’s 166x in value! Users don’t pay anything to use centralized applications why should they on blockchain applications. Isn’t blockchain meant to be the better tech by eliminating costs?

Two weeks back I wrote about the EOS value chain and how each of its segments support the overall performance of the blockchain i.e. core tech, users, dApps etc. Each segment has to pull its own weight and not rely completely on the other. Otherwise we might as well go back to centralized systems of control. I do see a sign of old habits in EOS where the community seems to rely heavily on Block.one for there to be any adjustments or progress made. I would like to see the community solve this issue ourselves. There’s no more capable community than EOS; we have all the right tools. What’s stopping us?

Without a doubt EIDOS has put us on an interesting trajectory. The limitation of resources on the blockchain creates an even stronger utility for EOS tokens thus the rising demand for EOS. REX has seen a surge in price as EOS loans on the platform have run out. There’s little doubt that we would’ve found ourselves in this predicament one way or the other, if it wasn’t EIDOS then it would’ve been something else in its place. Luckily it happened earlier rather than later.

All in all, this situation isn’t as bad as some people may think. Sure the network is backed up for now but it opened up new opportunities elsewhere. When we look back at this moment we’ll be reminded of how far we’ve come and all the lessons we learned along the way. If this doesn’t break us, then it stands to reason that it’ll only make us stronger.

The question still remains though – ‘What is the use for EIDOS or its tokens?’. No one knows yet except for the person behind it, maybe the exchanges know something that they aren’t allowed to share. Hopefully we’ll get to uncover more about the project in the near future. All we can do at the moment is draw up our own conclusions about it. This background on Aiden Pearce and his Enumivo project does provide some insight into what his intentions may be. Enumivo was focused on bringing ‘social justice for all’ so whatever EIDOS is can’t be that bad. Or can it?

“I don’t look back anymore. I don’t regret. I look forward. Everything is connected, and I’ll use that to expose, to protect, and if necessary… to punish” – Aiden Pearce (Watch Dogs)

The title of this article was inspired by a music demo from DJ Lethal Skillz an avid EOS supporter and artist. DJ Lethal Skillz supports and promotes blockchain through his music, by educating whilst also entertaining his audiences. Check out the fun spirited demo track – Everyone Is Denied Of Service.

If you found this information valuable, please be so kind to share it with people in your circle so others in the community can learn a bit more about this “EIDOS attack” that’s been ruining their blockchain experience.