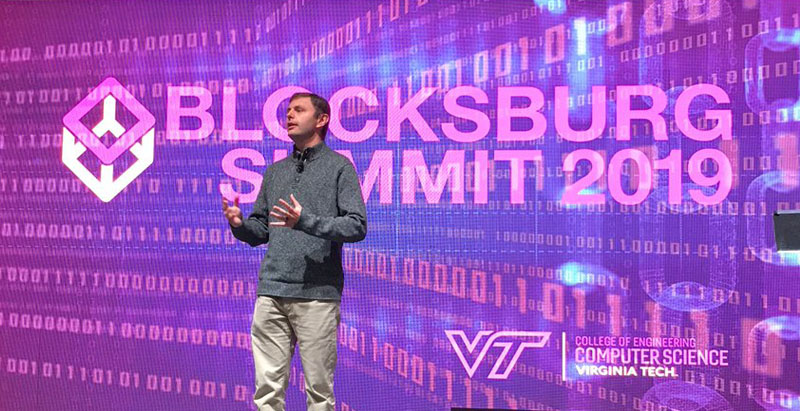 Virginia Tech recently organized the Blocksburg Summit 2019, an event which brought blockchain thought leaders from around the world to engage in conversations on various key blockchain topics.

Both Dan Larimer and Brendan Blumer were present at the event as speakers. Brendan's discussion was published extensively on Youtube and we also covered it in an EOS Go news. As for Dan Larimer's discussion, EverythingEOS featured some pieces in their latest live stream.

When will Voice get launched?

Launching Voice has got many problems we need to solve. Everything from the technology to the legal. And so not everything is within our timeframe. I can tell you we've got some amazing code ready to go. We've got amazing progress with the regulators and it was very encouraging to just see the stance of at least one SEC commissioner from yesterday. That was very good for the future of Voice. We're very excited and I'd love to share with you more. Like Brendan says: "If we don't tell you anything, everyone is wondering what are we doing. And if we tell you, you're like, when's it coming?". It's coming as fast as we can bring it to you. No one's more excited to get it out to market as quickly as possible than we are.

The great debate, efficiency versus scalability versus decentralization. So I'd like to address that because I think it's actually a major source of the debate in the industry. People form their different tribes, they have their different beliefs. (...) What is decentralized? The truth is that you can take EOSIO and you can use the Proof-of-Work consensus algorithm within EOSIO and still process thousand of transactions per second. The belief that delegated-Proof-of-Stake is the source of the performance of EOSIO is possibly my fault, but possibly is other people not understanding. Delegated-Proof-of-Stake provides a way to reduce the latency, but it has nothing to do with throughput. So you can have 15 second blocks processing thousands of transactions per second using proof-of-work and have much of the same developer experience that you have with EOSIO. So while PoW does have a performance impact on the latency of your transaction confirmation, it's got no impact on the throughput.

Can a single EOSIO chain support 10-20 million users or do we need multichain solutions?

A single chain can support it, particularly if it's a private chain and depending on how you structure the chain. (...) People talk about transactions per second, well what's a transaction? (...) If the only thing you are trying to do is log in the order of events, eg. an election, then you can get much higher throughput. (...) If you are not running any smart contract you could do over 20,000 transactions per second just ordering the transactions. And that's today on a single chain. You can do a lot with that kind of throughput and we're only going to expand it. In a multi-blockchain world, a single business can have many different blockchains and load balances, like Facebook or Voice. The financial system doesn't need one blockchain for the entire financial system, it's a blockchain per bank. And if the blockchains trust each other thens it's really easy to move money from one to the other. (...) And my personal goal for EOSIO is to make it the fastest, most general purpose application database out there. So you'd rather use EOSIO than mySQL. (...) We just need to make blockchain data more accessible with APIs. And that's what we're working on at Block.One. You'll just go with blockchain because it provides you all the features and capabilities you expect from a current database with all the benefits of a blockchain.

Communication is nothing more than inter database communication. So the impacts are more streamlined. If a business can verify that you actually do have a degree from Virginia Tech just by validating a signature and you don't have to get an envelope that you mailed directly to them, you can add a lot of efficiency. So IBC as efficiency and integrity can prevents fraud in business to business communication. I think that's an huge impact. (...) The design we are using for VOICE has multiple blockchains on the backend, some of them private for maintaining personal information, some of the public for all this stuff that people get to see, and that provides security.

The Ultra team announced a new partnership with The Sandbox, of the 50 best blockchain games companies in the world. To...