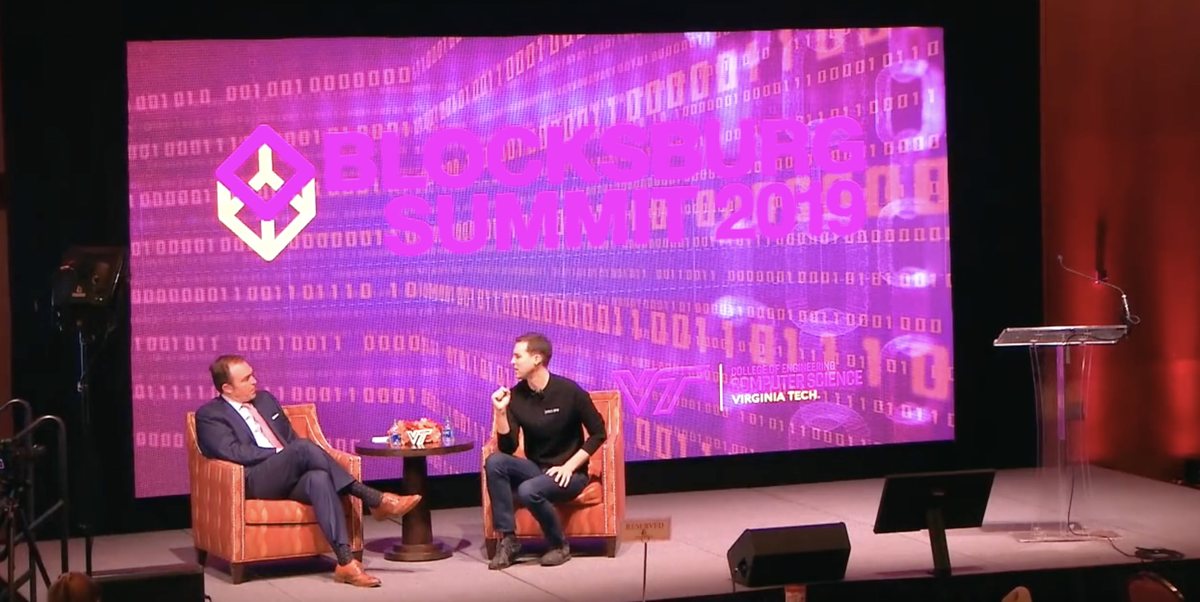 Last weekend took place the Blocksburg Summit 2019, an event organized by Virginia Tech, also in collaboration with Block.One, which brought blockchain thought leaders from around the world to engage in conversations on various key blockchain topics.

Both Dan Larimer and Brendan Blumer were present at the event, and Brendan discussed his thoughts about Blockchain's future, how it will affect enterprises, government and technology in an interview with Brian Sullivan, CNBC News Anchor.

The discussion was posted on Block.One's YouTube page, which we recommend everyone to see, in order to understand what the vision behind the CEO of Block.One is and what led him to collaborate with Dan Larimer to develop EOSIO, the most performing blockchain software ever.

"When you really get into blockchain technology at first you understand 'Oh it's a secure database', and then you are like 'Oh this is a transparent, auditable and immutable ledger'. What's the implication of that? It means that now we can have a degree of trust in these databases that we never could in the past and you can start to really create new business models which align yourself, the organization, with your audience. One of the things that we looked at with Voice, we said 'We don't want to just use tokenisation'. We want to create alignment between the company and our user base. By spreading the attention that social networks create with our users and then us taking a portion of that as well and being completely transparent about the whole tech stack. So everyone can see every algorithm that we use and how things appear in their feed and who's paying for it. This says 'Guess what? Here's our revenue stream, it's transparent, it's aligned with yours'. Ultimately what we are really doing is creating aligned business models where we are not incentivized to extract as much information as possible and then dismember it and sell it off at an ever-growing pace that just continues to pull these things. We get in the same horse together and we say 'We are not trying to be a trillion dollar company, we're going to try to be a much smaller one but your are going to have transparency on how we monetize our take and how we use your data'. As your data is value, you are the one who's reaping the rewards, not an organization." - Source

Emanate has announced the arrival of its Visa Debit Card: StreamCard. Through StreamCard, Emanate's artists will be abl...

The EOS Costa Rica team launched the EOSIO Dashboard, a new platform to visualize relevant EOSIO blockchain data and so...