Dan Larimer back with the EOS Community 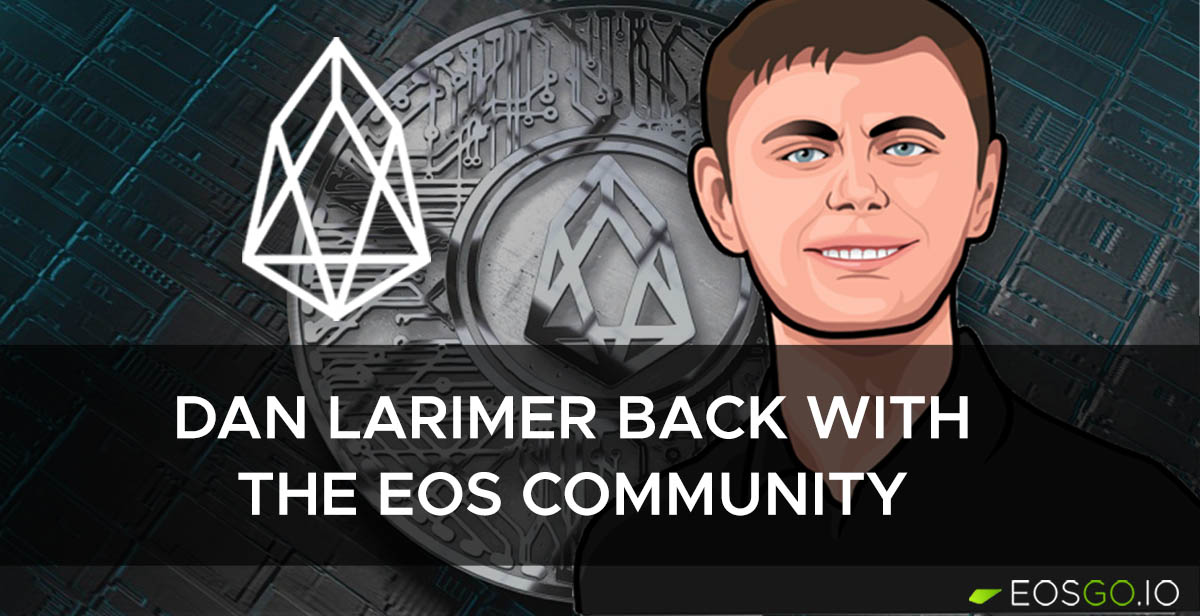 After the announcement of Dan's departure from Block.One, which shook the community, as of this week the former CTO is back engaging with the community on Telegram and reorganizing forces to bring the EOS community back to its former glory.

Now that Dan is no longer working at Block.One, he feels much freer to interact with the community and express his ideas. So he has rejoined several EOS telegram groups, including EOS, Everything EOS, EOS Price, Bullish and the new group regarding his upcoming project Clarion OS.

"The reports of me leaving the EOS community are greatly exaggerated. I look forward to engaging the community to establish a path for EOS to realize my original vision." Source

In order to better organize the ideas, together with the community itself, has prepared a new forum where you can discuss freely, releasing the first post: What does it mean to be a member of the EOS community?

"I believe that the heart of a strong community is a shared set of values, purpose, and identity. When we join a community we each contribute part of who we are to making the community.

When I originally conceived EOS I envisioned a community based around the principles of life, liberty, property and justice for all. I wanted to work with people to create a new system of mutual aide where we use smart contracts to minimize disputes.

I stand here today looking to unite a divided community and move forward together. I stand here asking everyone to join me in making the EOS community the most enjoyable and fulfilling place to hang out and contribute to.

What are you looking for in a community and what can you offer to help make the EOS community the best it can be?"

To begin reorganizing the EOS mainnet, work will be done on a new roadmap that can be developed by the community itself:

I hope to work with the community to establish a community roadmap that incorporates the elements B1 is bringing to the table and yet allows us to move forward independently.

Among the various debates, there was talk of gathering a team of developers from the EOS community, which could be supported by new funds for the development of parallel services to those offered by Block.One. Indeed, Block.One will be able to continue its operations as it is doing, bringing updates to the EOSIO software.

The first major proposal by Dan, is for a new governance system for the EOS Community, which is based on concepts from his book: "More Equal Animals - The subtle art of true democracy". According to this new governance model, a stricter definition is given to what a community member means. Indeed, a new member can only be added if approved by at least 3 existing members. After that, a voting process can take place on various levels, according to a random division of all members.

The final group of representatives (of size less than 10) will consist of 1 person with 2/3+1 approval (the president) and 2 people randomly selected from the top group (co-vice presidents). This will create 3 people who collectively form the root of the governance authority (a triumvirate).

Any action taken by the Triumvirate must be approved the president and at least one of the vice presidents."

What do you think about this return of fire from Dan Larimer? Will it bring benefits to EOS?

Binance has announced the arrival of their EOS staking service within their platform. Users will be able to start earni...