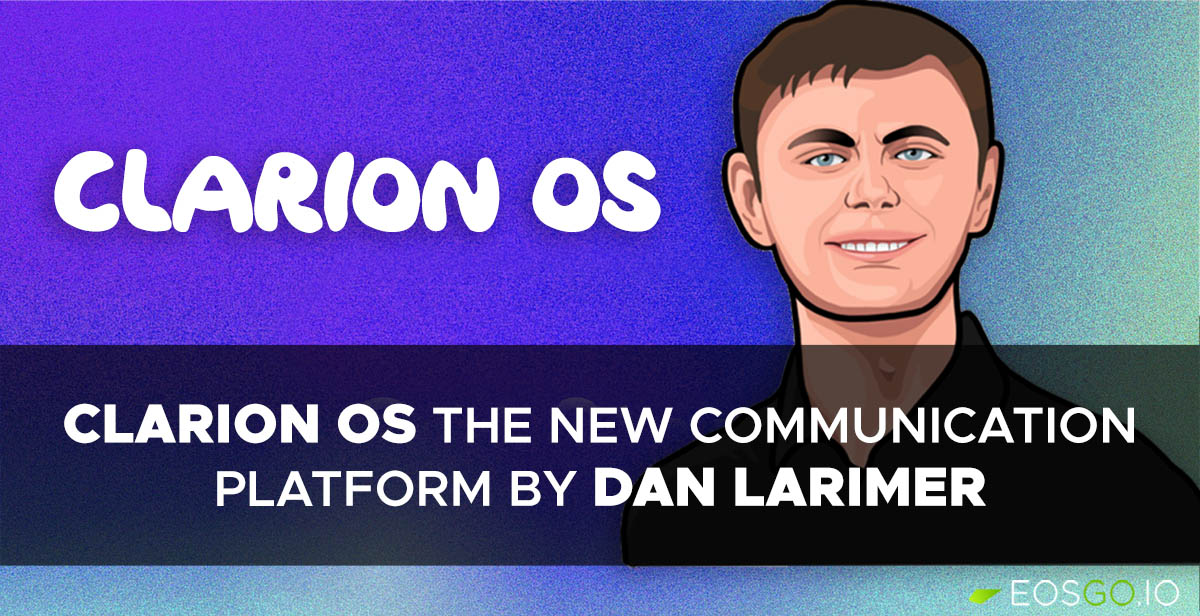 Dan Larimer announced today the start of his new project: Clarion OS: a "logically decentralized" communication platform that should compete with other services (Youtube, Facebook, Twitter), and therefore also Voice?

Apparently the discussion will be carried out directly on the Github Forum, where he released the first article introducing the project:

"Clarion aims to give everyone in the world the tools to broadcast their message to everyone who wants to hear their message without creating dependencies on centralized infrastructure. It will achieve this with a censorship resistant "friend to friend" network which will leverage the unused resources of your friends and family to distribute your content."

The project is still in the early stages of development, and is currently looking for volunteers who can help improve it, and not just from a programming standpoint.

From early information, the project is not about a blockchain, because according to Dan Larimer, all blockchains are inherently centralized due to the need for full nodes, and does not involve any native tokens. That said, however, it does seem to be able to be integrated with existing systems, Dan added:

"If there are tokens, then they could be airdropped on EOS."

"It will be making improvements to EOSVM, it can leverage EOS for DNS and user name databases and payments between users. If Clarion IO library is used in smart contracts it could improve their performance. Lots of ways." Tweet

According to the article, Clarion OS is a friend-to-friend message propagation protocol that will allow four types of message streams between users:

On which other applications, including tokens and smart contracts, can be built.

The first discussions of the project are about a new Data Serialization Format, like JSON, BSON and XML, but specifically designed for Clarion and which could be useful for other uses as well.

According to the first tests, this new format is 52% larger than EOSIO binary format (but still 22% smaller than JSON) but would improve the efficiency of smart contracts by avoiding steps, and thus reducing CPU cost of loading / modifying data from the database.

Aaron from Greymass announced the arrival of the new version of Anchor Wallet 1.2.0, introducing many great features. A...