Dan seems to have left Block.one (News Being Updated) 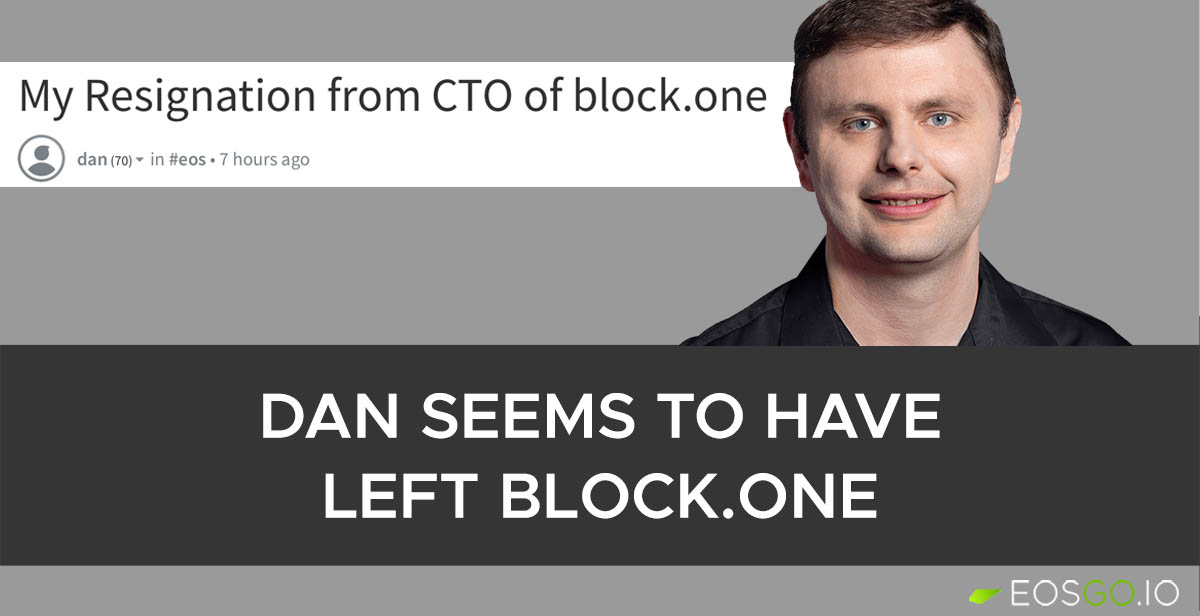 Dan Larimer, announced today his resignation as CTO of Block.One. The announcement was confirmed by his recent post on Voice.com, and there seems to be no doubt about it.

Prior to the post on voice, Dan had also announced his resignation on Hive, formerly Steem, but it was still believed to be fake news. Unfortunately with the new post on Voice there are no more doubts, but still no further information has been released.

Block.One has also officially released Dan's departure, but there is still no word on who will be taking over the role as the next CTO. While Dan Larimer says he wants to continue to build more censorship resistant technologies, after realizing that it's not possible to provide "liberty as a service".

A user on Hive, with username @dan, identified himself as Dan Larimer, and announced his resignation as CTO of Block.One. The announcement is a fake, as the real username of Dan Larimer on Hive is @dantheman.

The FAKE post announces Dan Larimer's resignation as CTO as of 2021, it is still unclear why the fake user would publish such a FAKE announcement, other than spreading FUD on EOS.

The EOS community, mainly the Chinese one is alarmed, we at EOS Go simply want to reassure you that such announcement is completely false, and Dan is not leaving Block.One.

The FAKE post was published by the user @dan on Hive, who over the years has identified himself as Dan Larimer. Dan Larimer's real account on Hive, the new version of Steem, has been inactive for 4 years now, and is @dantheman.

So there is no reason to worry.