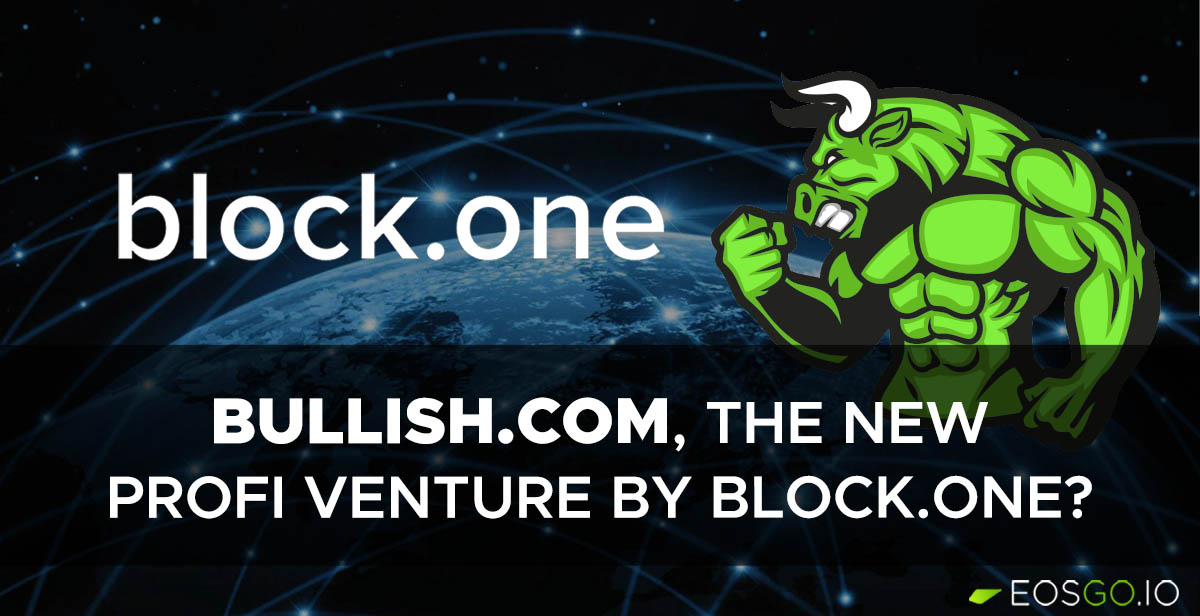 Recently various Block.One sources seemed to give us some clues about a possible new Block.One venture, focused on Programmable Finance or ProFi. Apparently this new project could be called Bullish.

In November Brendan Blumer had posted his first tweet where he talked about this Programmable Finance (ProFi), i.e. the regulatory compliant version of its cousin Decentralized Finance (DeFi).

From responses to the thread, it seems that this ProFi had already been in Block.One's plans prior to this post, which suggests that they were probably already working on a possible project. 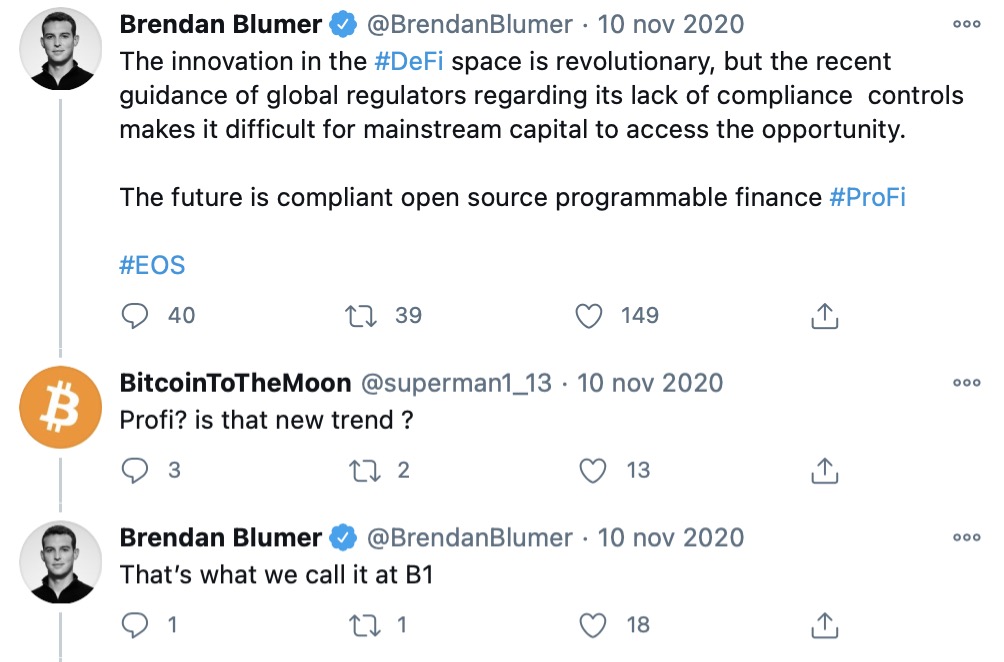 The Bullish.com domain was updated just a few days ago, with a registration that will expire in 2028. But what really makes us so #Bullish?

Since that Brendan Blumer post in November, the term Bulllish has appeared numerous times, and not just from Brendan....

In October you may remember a new addition to the Block.One Advisory Board: Goldman Sachs's former CTO and CFO Martin Chavez. Guess who thought this new addition was bullish? Mike Novogratz, CEO of Galaxy Investment Partners which focuses on cryptocurrency investments. 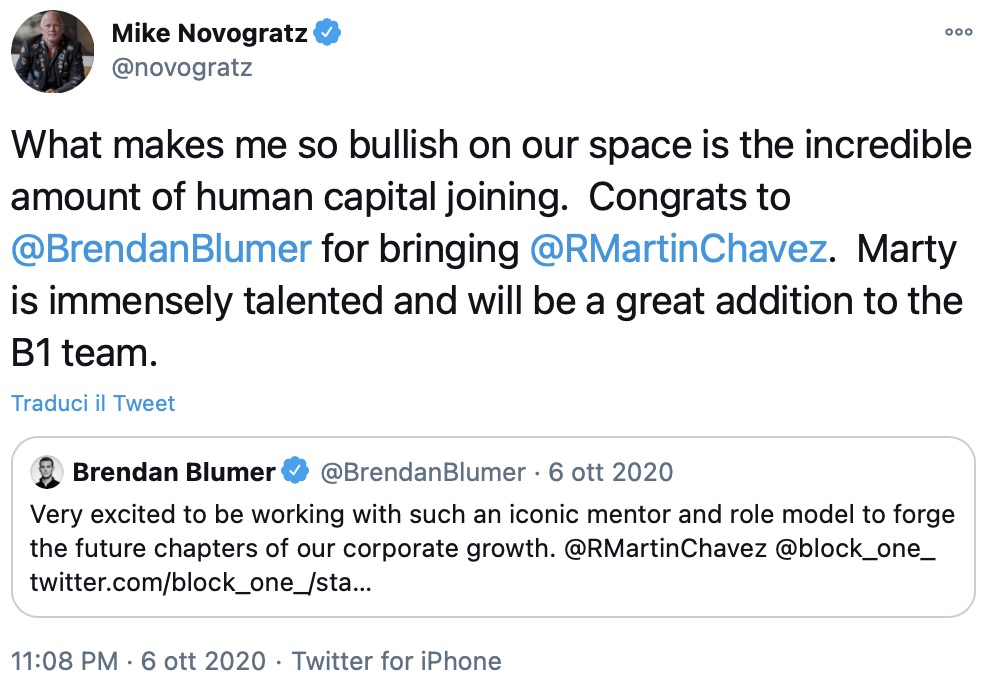 Then we can find many more Bullish comments from Brendan:

Can't we be even more Bullish about that?

The WAX team recently announced the launch of the WAX Cloud Wallet (WCW), which allows users to use any dApps quickly a...